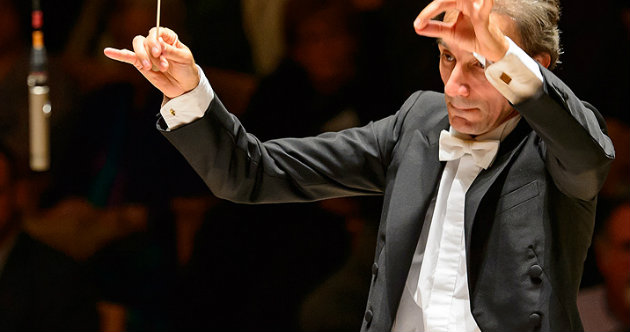 In a letter to his father in the spring of 1781, Mozart noted a recent performance by the Vienna Symphony, which had “40 violins, the wind instruments all doubled, 10 tenors [violas], 10 double basses, eight violincellos, and six bassoons.”

An embarrassment of riches compared with “the age of cuts,” when American orchestras are shedding union musicians, hiring freelancers, or closing down altogether. Note the Fort Worth Symphony, which drew this entry in August on the blog, Slipped Disc, about how “the musicians are out of contract and the admin is demanding job cuts.”

And so you wonder what’s going on in Santa Rosa. How could that symphony be adding musicians?

The Santa Rosa Symphony has brought in three new string positions and filled a vacancy, to bring the orchestra to a new total of 81 musicians. The symphony, which opened in 1928, is the third-oldest professional orchestra in California and the largest regional symphony north of Los Angeles. The musicians are members of American Federation of Musicians Union Local 292; many play with other orchestras, including Marin, Berkeley, Monterey, Modesto, and the San Francisco Opera and Ballet.

Bruno Ferrandis, the symphony's music director and conductor since 2006, can only laugh when you ask him how the symphony is adding musicians at a time when most are cutting positions. “I am only an artist,” he told us last week.”I am not the one to ask. But the reason is simply because we are very healthy financially; we have loyal audiences and we are in a world class concert hall.”

That would be the Green Music Center, on the campus of Sonoma State University. The center includes 240-seat Schroeder hall and the 1,400-seat Weill Hall, which opened in 2012 and was deeply inspired by Vienna’s Musikverein, as well as Symphony Hall in Boston.  The Green Center, which caters to jazz as well as classical music, attracts an audience that far exceeds the national average for attendance at classical concerts.  More than 100,000 people came last year to attend concerts or music education programs.

“If you don’t take chances,” Ferrandis explained, “the result is a dying, stagnating organization.  It cannot stand. We will continue to focus on a program that mines both old and new.  We have two premiers coming up, which will be challenging but also offer an opportunity to discover something new.”