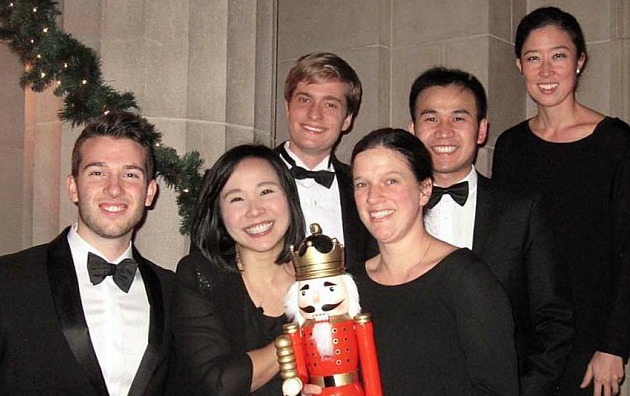 As San Francisco Ballet's middle-aged orchestra is rehearsing for the company's 2016 season, opening this week, it's time for a bit of nostalgia:

Denis de Coteau, the first, and longest-serving (1975-1998), music director of the San Francisco Ballet Orchestra, was a genial genius, a great musician, and one of the best loved conductors in a profession where -- as Mozart in the Jungle tells us -- "winning popularity contests" may not be a good idea.

Among de Coteau’s many endearing personality quirks, he would stop by the press room on the way to backstage just before performances, and tell hilarious (and mildly risqué) jokes to anyone around. As he was entertaining us one evening, I noticed that it was only four minutes to curtain, so I asked him if he would make it to the orchestra pit in time. He finished the joke with a well-delivered punchline (now it was 7:58), and turned to me, enjoying his response in advance: "Do you think they will start without me?"

Before the birth of the SFB Orchestra in 1975 (first called the Performing Arts Orchestra of San Francisco), de Coteau and others (most prominently Jean-Louis LeRoux) conducted an ad-hoc orchestra in the War Memorial, where the ballet company has performed The Nutcracker since the 1940s, and then in an annual residency, from 1972 on. The orchestra's prominence today is a matter of statistical fact, not of mere provincial pride: Along with the S.F. Symphony and S.F. Opera Orchestra, the Ballet Orchestra gives San Francisco the title of the only small city in the U.S. (pop. 837,000) with three, major, professional orchestras. 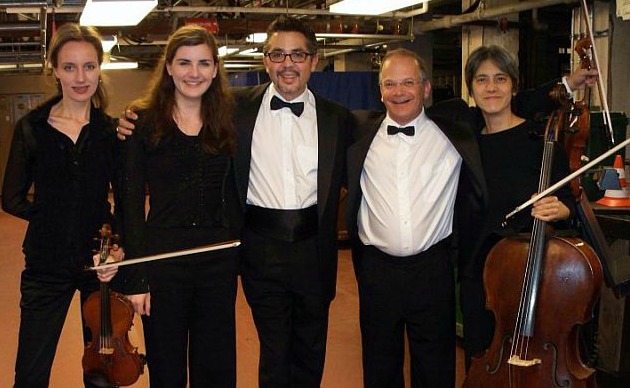 While members of the Ballet Orchestra also perform with the Symphony, Opera, and a dozen small ensembles during the Ballet's off-season, there is a core group of 49 regular members, augmented to 65 players for certain productions.

Since its first recording, in 1981, of Paul Chihara’s music for former S.F. Ballet Artistic Director Michael Smuin's The Tempest, the Ballet Orchestra has produced an extensive discography, including Shinji Eshima's music for Yuri Possokhov’s RAkU and last year's GRAMMY-nominated Ask Your Mama, by Laura Karpman, to poems by Langston Hughes.

For the 2016 season, West will lead the orchestra in many works with intriguing/rewarding music, these among them:

* Stravinsky's jazzy music for George Balanchine's Rubies, and Virgil Thomson's for Mark Morris' Drink to Me Only With Thine Eyes (Jan. 27-Feb. 6).