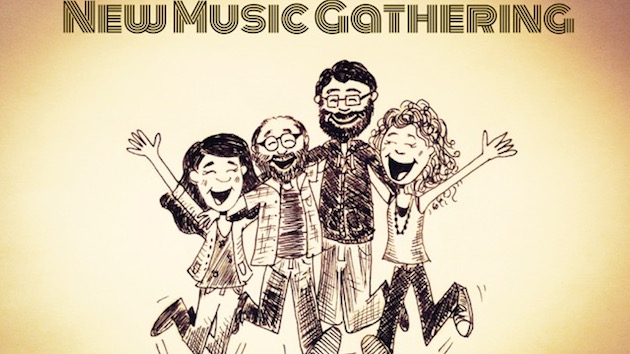 In the middle of January, the San Francisco Conservatory of Music and New Music Center will host an unusual, three-day conference-style event open to the public and featuring 50 of the country’s top new music performers. ‘New music’ is defined here, very inclusively, as contemporary music rooted, in whole or in part, in a classical tradition. In sum, any music that’s interesting or compelling, and either written or performed with passion.

It’s called “The New Music Gathering 2015” (January 15-17) and is simultaneously a series of performances, lectures, demonstrations, and panel discussions covering, among other topics, new technologies, entrepreneurship, crowd-funding, publishing, music collectives, and starting an ensemble. Indeed, if there’s a theme it’s around the dynamics of ensembles.

Headliners over the three days include Claire Chase, Sarah Cahill, and the Kronos Quartet with Wu Man. Other well known performers include Volti, Taka Kigawa, Wild Rumpus, Left Coast Chamber Ensemble, Eve Beglarian, Till By Turning, Kate Campbell, and many others.

The idea for this gathering grew out of a conversation early last summer on Facebook between two New York composers, Daniel Felsenfeld and Matt Marks. They became caught up in the question of why there is no central place or situation where progressive musicians might meet, talk shop, commune, and perform. They went back and forth about whether trying to centralize was even a good thing — because that sometimes leads to stodgy institutionalism and commercial distraction.

“We decided,” said Felsenfeld in a recent interview, “that this should be an event but not exclusively academic and at the same time not anti-academic. We also didn’t want to create something for all the same people we already know. Partly for that reason we decided it should not be in New York. So we put the idea out, and saw what rolled in. Above all we felt it was very important not to define ‘new music.’”

Above all we felt it was very important not to define ‘new music.’ — New Music Center co-founder Daniel Felsenfeld

The call drew 150 applications. Space and time considerations for the three day event limited the field to 50. “We accepted far few than we wanted,” says Marks.

The founders hope this will become an annual event, held in a different city each year, and “bringing together those who write, perform and promote “contemporary classical” music to meet, talk, and develop collaborative relationships.” This year there are no musicians from abroad but the plan is to change that next year.

One of the event’s co-founders is New York composer Mary Kouyoumjian (although originally from the East Bay) and is known for a piece she wrote for Kronos, Bombs of Beirut.

“I think that anyone who is a music lover, whether or not you’re a musician or composer, anyone who appreciates contemporary classical music will want to come to this. It’s really more like a grass roots meeting where we can pull our relationships off social media and really inspire each other.”

The ‘gathering’ will be held at the San Francisco Conservatory of Music and will be open to the public. The schedule is for discussions and demonstrations during the day; performances in the evening. Prices: $75, conference Pass; $30, Day Pass; $60, Pre-registration conference pass. SFCM students and alumni can purchase a full Conference Pass for $30. More information: newmusicgathering.org.