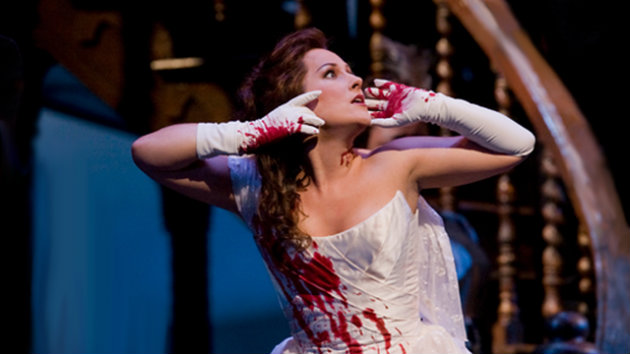 Update: The San Francisco Opera announced on September 18 that Damrau is withdrawing from its production of Lucia di Lammermoor. S.F. Opera released the following statement:

German soprano Diana Damrau has withdrawn from the Lucia production, in order to remain on vocal rest for the next six weeks. American soprano Nadine Sierra—who performed Lucia last spring at the Zurich Opera House to critical acclaim and, more recently, as the Countess in San Francisco Opera’s The Marriage of Figaro—will now sing the title role for all seven performances.

“I am deeply sorry for all of those who had looked forward to my performances in San Francisco and I ask for your understanding,” said Damrau in a written statement. “After 15 years of performing with little or no time for substantial rest and recuperation, along with the demands that come with a beautiful, young family, my body has reached the point when it is now ‘insisting’ that I pause for a short time. … The issue is in no way vocal, but one of exhaustion that the doctors tell me 10 weeks of rest will without question fix.”

Original post: San Francisco Opera and Diane Damrau's website continue to state that she will sing the title role in the upcoming production of Donizetti's Lucia di Lammermoor, Oct. 8-28, but reliable sources tell SFCV that there is a change coming.

Locally, the first sign was that Damrau didn't arrive in San Francisco for rehearsals, and — although included among performers for the Sept. 13 show and promoted on her own website — Damrau also failed to show for Opera in the Park.

Then from the Paris Opéra, where Nadine Sierra was making her debut as Zerlina in Don Giovanni — and praised in a review as "... charming, natural and fresh..." — came word that her run, originally scheduled through Oct. 18, will be cut short, and end on Sept. 26. The change has also been made in her website.

Apparently, Sierra is heading back to San Francisco to take one of opera's top soprano roles, which she already performed with the Zürich Opera last year. 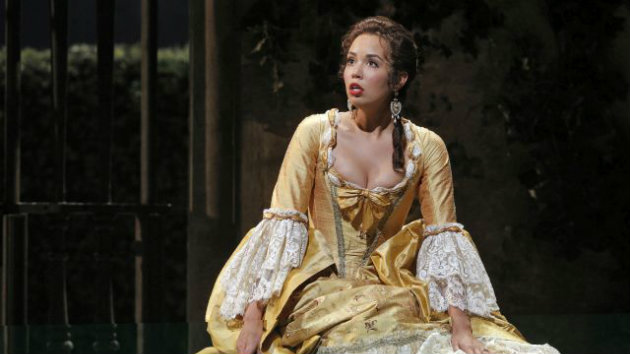 Sierra was the youngest winner ever of both the Metropolitan Opera National Council Auditions and the Marilyn Horne Foundation Vocal Competition. She had an acclaimed run in San Francisco's Merola Program and 2012 Adler Fellowship, making her company debut in 2011 in two roles in Christopher Theofanidis’ Heart of a Soldier, then appearing in 2012 as Papagena in The Magic Flute.

The 27-year-old soprano of Portuguese, Puerto Rican, and Italian heritage started working with Cesar Ulloa, now chair of the S.F. Conservatory of Music's Voice Department. Sierra was featured in leading roles last year as the Countess in S.F. Opera's The Marriage of Figaro, and Musetta in La boheme.

Sierra has also been scheduled as Pamina in S.F. Opera's The Magic Flute, Oct. 20-Nov. 20, casting that may be impacted by the Lucia switch if that happens. She is scheduled for debuts at the Metropolitan Opera and Teatro alla Scala as Gilda in Rigoletto, and as Amor in Gluck's Orfeo ed Euridice at the Berlin Staatsoper.

Damrau's only previous performance in the War Memorial was in 2009, as Marie in The Daughter of the Regiment.

Among other recent Merola and Adler alumni featured in S.F. Opera's current season are Alek Schrader, singing David in The Meistersinger and Daniela Mack as Rosina in The Barber of Seville.