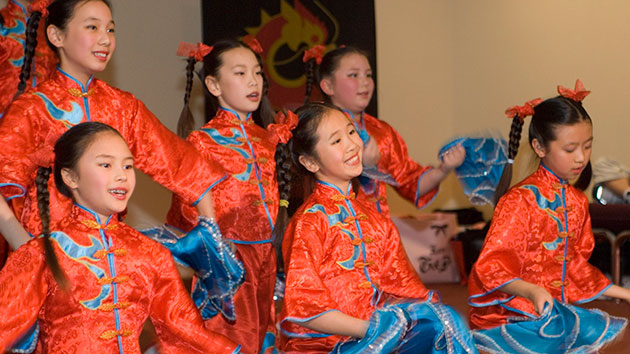 Every year, Music News needs to remind folks of the San Francisco Symphony's Chinese New Year extravaganza. We do it because by this time, it's almost too late to get tickets for the Feb. 21 event.

Set aside the fact that you can opt into a full Chinese banquet (“Imperial dinner”), or the fact that kids will get to see a woman conductor – Mei-Ann Chen, music director of the Memphis Symphony and Chicago Sinfonietta takes the helm for the second time. (But don't forget the pre-concert activities: lion dance, Chinese calligraphy, ribbon dancing, tea bars, children's entertainment and "lucky" red envelopes.)

No, the most surprising thing about the New Year's concert every year is the music. It's a “pops” concert, broadly defined, but it's also an introduction to Chinese music and classical tradition and its worldwide connections, which is, aside from the Chinese folksong singalong, perhaps, totally accessible if you happen not to be Chinese.

One of the most interesting points of contact with the Western classical tradition is the inclusion of two movements of “chinoiserie” from Ravel's Mother Goose Suite in the concert. It's a nice moment of contrast that even some children will be able to get.

For more information and tickets: http://www.sfsymphony.org/Buy-Tickets/2014-2015/Chinese-New-Year-Concert-and-Imperial-Dinner.aspx