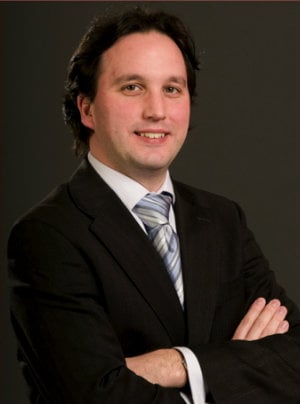 After a worldwide search, the winning candidate was found in the office next door. Rather than importing a prominent music administrator, San Francisco Opera gave the No. 2 man a promotion, well received in and around the War Memorial.

The company announced on Tuesday, September 22, the appointment of Matthew Shilvock, 39, as the company's next general director. Associate general director of the company since 2010, Shilvock will succeed David Gockley, 72, at the conclusion of next year's summer season. It is then that Gockley will retire after a widely acclaimed decade of running the company with a $82 million annual operating budget.

Shilvock, educated at Oxford (music) and Amherst (arts administration), came from Houston Grand Opera with Gockley in 2005, and has acted as a senior executive in all aspects of company operations, production, financial stability, and strategic development. He has had a prominent role in labor relations, negotiating with AFM and AGMA unions, with responsibility for contract maintenance.

Gockley has said of Shilvock that he is "the most impressive young opera administrator I’ve worked with in my 40 years in the field. He is a voracious learner and has embraced every business challenge he has faced with keen intellect, thoroughness and elegance. I couldn’t have accomplished what I have in recent years without his support."

Shilvock's love for opera and his concern about the challenges for the genre were summarized in an East Bay Express interview:

Opera has this great ability to reach deep into our souls and illuminate our own foibles and aspirations as human beings, so it has this great power, but it also has a reputation of elitism. It's something you have to sit through in the dark, it's expensive, it's sung in words you don't understand.

Ever since the establishment of the S.F. Opera education division in 2008, Shilvock lead it through the innovative Opera ARIA program in Bay Area schools and programs for students, families and adults, including interactive family workshops. 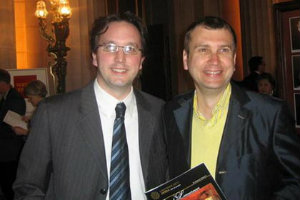 Before joining Houston Grand Opera as assistant to Gockley, Shilvock was a fellow with OPERA America, working for Pittsburgh Opera and Glimmerglass Opera. He has managed the Young Artist Program at PORTOpera in Portland, Maine, and has worked as production administrator for New Chamber Opera at Oxford. He and his wife, Katharine, have a home in Novato, which they share with their two children.

When Gockley was named to the position a decade ago, he considered the future with great clarity: "With 10 more productive years left for me," he said, "I am convinced I can make a difference for opera here,” so he made the move from Houston.

A difference he made, from reducing — and nearly eliminating — a significant budget deficit (in spite of the Great Recession, which arrived shortly after Gockley took office), building the company endowment from $50 million to about $170 million today, creating radically different labor relations — with Shivlock's assistance — from threats of strikes before he came to smooth collaboration, and realizing such huge and challenging productions as the Wagner Ring and the complete Berlioz Les Troyens. 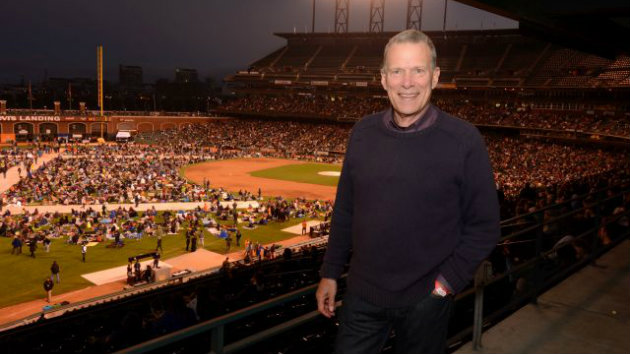 Gockley himself considers the most important undertaking of his decade here the fast-approaching opening of the Diane B. Wilsey Center in the War Memorial Veterans Building, ready to house administrative offices, costumes shop, education center, archive, and the 299-seat Atrium Theater for recitals and chamber works. "Creating this wonderful asset will be our generation’s most important legacy," Gockley has said.

Requested by the S.F. Opera Board of Directors, Gockley will continue to shape repertoire and casting two more years after his retirement, through the 2017-18 season.