One of San Francisco’s prominent, benevolent cultural institutions is becoming an octogenarian this summer: the free outdoor Stern Grove Music Festival will have its 80th season on Sunday afternoons between June 25 and Aug. 27. 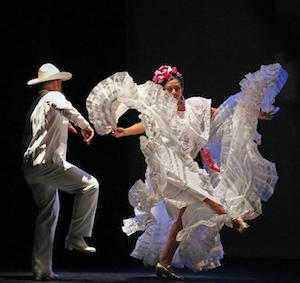 Besides pop and jazz, the festival used to offer numerous concerts and ballet, providing free performances by both the San Francisco Opera and the Merola Program, with the opportunity for thousands of people to discover such artists as the mezzo-soprano diva Joyce DiDonato at the beginning of their careers. For several years now, opera has been absent from the Grove, but both the San Francisco Symphony (July 9) and the San Francisco Ballet (July 30) will be there.

The festival also continues its education and outreach activities, such as KidStage, from noon to 1:30 before the 2 p.m. concerts; Kid Days of free interactive arts education programs for children ages 4–11; and Artist Talks with prominent performers at noon in the Grove’s Trocadero Clubhouse. For information on all activities, check the festival website.

When you hike down into the natural amphitheater surrounded by eucalyptus, redwood, and fir trees from the corner of 19th Avenue and Sloat Boulevard (don’t even think of parking anywhere nearby, take MUNI), you are entering San Francisco history. George Greene originally homesteaded what was a tract of sand dunes and marshes, in the 1840s. The Greene family planted the first eucalyptus trees in the Grove and built the Trocadero Inn, a popular recreation spot until its closure in 1916. 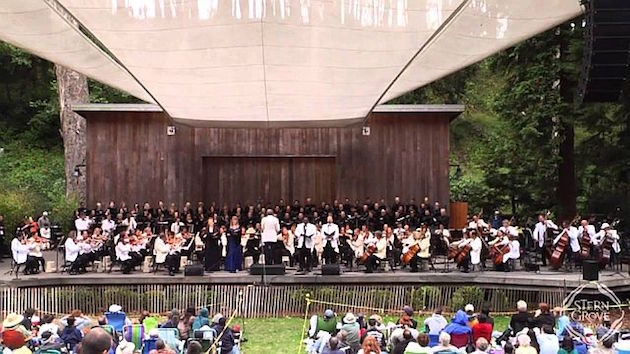 The Grove was purchased by Rosalie M. Stern and given as a gift to the City of San Francisco in 1931, in memory of her husband Sigmund, a prominent civic leader. Mrs. Stern determined that the site would be preserved as a park in which the public could enjoy admission-free music, dance, and theater performances. Today, there is a large group of donors making the festival possible; events are presented in collaboration with the San Francisco Recreation and Parks Department and Commission.