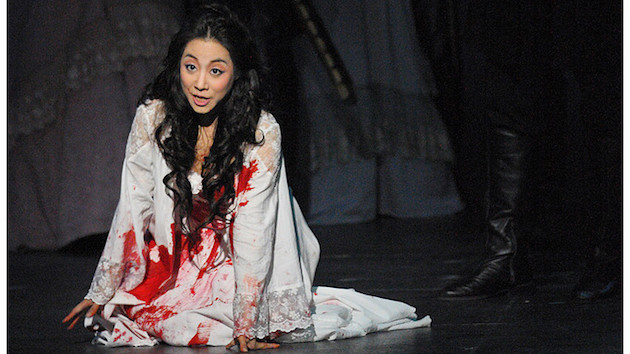 Where would a young Korean soprano sing her first staged opera? In the case of Lee Sang Eun (now using Sylvia Lee as her professional name), the answer is Tel Aviv. But before delving into that geographical curiosity, let’s look at what’s coming up for Lee, beginning on Sept. 10 when she begins a series of debut appearances on the West Coast:

With the same company she performs Madeleine Audebert in Kevin Puts’ Silent Night (Feb. 11–26, 2017), and Musetta in Puccini’s La bohème (April 15–30, 2017). That’s an introduction with a triple crown. And with that, Lee’s Israeli and San Jose stories coalesce over Donizetti’s Lucia:

“It was my first opera, in Tel Aviv, with the International Vocal Art Institute, when Metropolitan Opera assistant conductor and coach Joan Dornemann, the institute’s co-founder and artistic director, gave me this wonderful chance to sing this amazing role,” Lee says. She was getting her master’s degree from Mannes College, New York, which she attended after initial musical training at Seoul National University, and the demanding role represented a tough challenge:

Because it was my first full opera ever, I had a hard time to express Lucia’s complicated emotions and madness. Stage director John Norris helped me a lot to establish Lucia’s character. One, to be specific, before staging the mad scene, he made me to stab a pillow 20–30 times with a real knife. After that, I could slightly understand how Lucia would have felt killing Arturo. 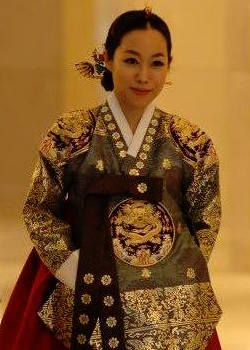 Lee’s second production was also Lucia, back home with the Korean National Opera in Seoul, in 2009. Once again, the director helped her develop the character. Lee So-Young “showed me how to express feelings with body movements.” Everything in preparation went well until the soprano was onstage and, after singing her first aria, “Regnava nel silenzio” (Silence reigned), she realized that she forgot to bring a ring she was soon to exchange with Edgardo as their love rushed toward its tragic conclusion. A quick-thinking stage manager had Edgardo bring the ring with him and all went well.

By the time Lee sang Lucia to great acclaim in Hong Kong just three years later, she had added other significant roles to her resume, including Ilia, in Mozart’s Idomeneo, both the Queen of the Night and Pamina in Die Zauberflöte, Olympia in Offenbach’s The Tales of Hoffmann.

As for the future, Lee says, “I have so many roles that I am eager to sing.  I would love to sing Amina in La Sonnambula, Konstanze in Abduction from the Seraglio, and Zerbinetta in Ariadne auf Naxos. I’d like to try the 1912 version, in which Zerbinetta sings about 15 minutes by herself including a sustained high F-sharp.”