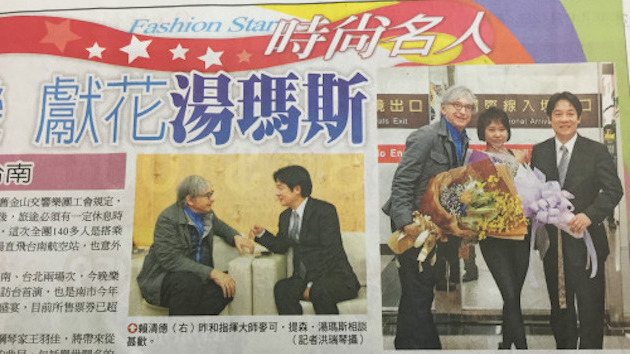 After the orchestra’s first visit to Korea last week (part of their eighth tour of Asia), San Francisco Symphony musicians took a charter flight to Tainan — the first-ever direct flight from Seoul — to perform a concert that was the highlight of the southern Taiwanese city’s Rainbow Festival (Chai Hong). 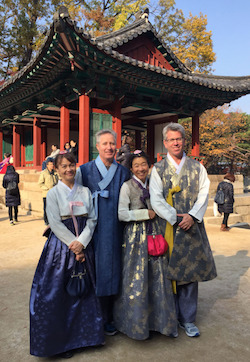 A champion of the festival and the city’s mayor, Lai Ching-te, said the San Franciscans’ presence is a blessing, encouraging people to be strong,” pointing out the connection between the orchestra’s birth after the Great Quake of 1906 and what the people of Tainan and vicinity suffered in last February’s earthquake of 6.4 magnitude. First responders and victim families were invited guests at the concert.

The Nov. 12 concert in the Tainan Municipal Arts Center featured Beethoven’s Symphony No. 5, Chopin’s Piano Concerto No. 2 (with Yuja Wang), Stravinsky’s Firebird Suite, and MTT’s Agnegram. An article in The China Times said:

In the aftermath of the earthquake, there is a continuing impact on the city, and the city government relief efforts mean to address the physical and psychological impact, with the inclusion of the performing arts to bring solace.

The second Taiwan concert came the next day in the capital, Taipei. The musicians were also treated to a visit to the Chimei Museum in Tainan City. SFS Communications Director Oliver Theil writes:

The crown jewel of the Chimei is one of the most breathtaking collections of violins in the world.  Wen-Long Hsu, the founder of the museum has assembled over 1,300 of the best violins in the world, many of them often loaned to the leading artists and soloists.  While access to these instruments is extremely rare, six lucky S.F. Symphony violinists were able to not only view, but play these incredible violins. 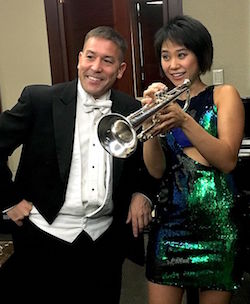 Yuja, the 2016 Musical America Artist of the Year, had tremendous success, with a standing ovation that brought her back to the stage six times for an audience that was unwilling to let her go.

As of now, the orchestra is already in Shanghai, ready to play there today and Thursday, before traveling to Beijing for a Nov. 18 concert. Then it’s off to Japan for the last performance of the tour on Nov. 22, followed by a return home (where the Berlin Philharmonic is in a two-day Davies Hall residence).

Correction: The Chimei Musesum is in Tainan City, not in Taipei, as was originally reported.