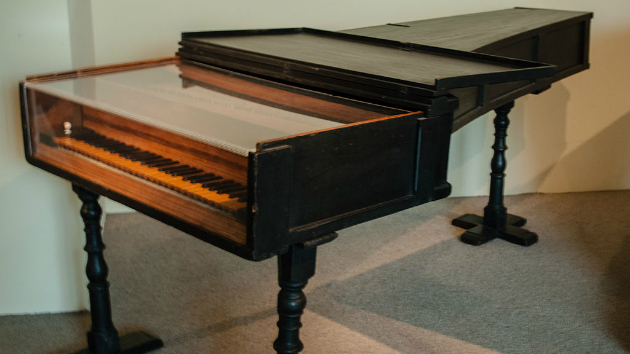 Yesterday was the 360th birthday of Bartolomeo Cristofori, inventor of the original piano, around 1700. But if you're not a music geek (and maybe even if you are), you probably didn't know that.

Cristofori's name has not come down through history as much as it might have, for lots of reasons. But the main one is that Cristofori made the crucial piano mechanism (a hammer that bounces back, not too violently, after striking the string), but as Phil Edwards writes over at Vox.com, many other improvements were made before the piano became a major instrument and replaced the harpsichord in most arenas.

The pianos that eventually made the instrument's reputation were created by famous Viennese builders such as Johann Andreas Stein and Anton Walther in the 1770s and 1780s (Mozart bought a Walther piano) and by the Englishman John Broadwood in the 1790s. Like Jacopo Peri, the original writer of operas, who was eclipsed by Claudio Monteverdi, it matters less who invented the instrument than who made the first great instrument.

Read Edwards’ article for Vox here. Google also celebrated Cristofori’s birthday with a doodle on its homepage, which you can find here.