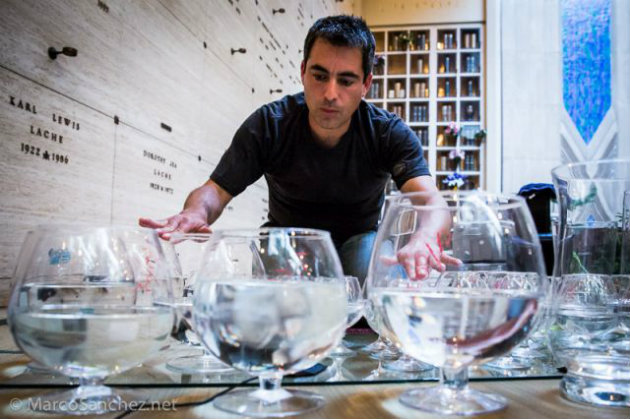 Edward Schocker's Thingamajigs organization — which is presenting an ambitious festival Oct. 1-4 at the Center for New Music — is named for something that may also be called thingy, whatsis, widget or such: the word stands for something whose name you don't know or have forgotten.

Against the vagueness of the word, Schocker's purpose is specific: to present and perform music created with made and found materials. At least, that's what it was when Schocker and Dylan Bolles founded the organization in 1997 at Mills College, but by now, the scope has expanded to include presentation of new and unusual music, while the festival remains the only annual event completely dedicated to music created with made/found materials and alternate tuning systems.

When I saw the old saw of "new and unusual" in the release about the festival, I asked Schocker to spell out what he means by that... and he complied readily:

There really needs to be some deeper underlying thought, meaning or feeling that drives our music forward. Without it, audiences certainly notice that the music is hollow or 'new and unusual' just for the fact of being so. Personally, I find great pleasure in pure tuning systems and the unique timbres of non-Western instruments, and although this in itself might make my music sound somewhat unusual, I purposely seek out aesthetic intersections that can connect my ideas to that of the listener.

For example, the long-term project The Crossing, which I am preparing with members of the Thingamajigs Performance Group for YBCA next year, is rooted in Shinawi, a Korean shamanistic performance practice where musicians reach an ecstatic state as they seek to bridge the material and spirit worlds. Shinawi is based on improvisation in order to accompany various songs and dances performed spontaneously during a ritual.

Neither the October festival nor Thingamajig's Sept. 20 'Fraid o' Freyja of "sonic psychedlia with just-intoned power rock" will feature Shinawi, but there will be a wealth of new works and instruments. 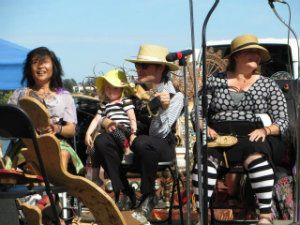 The September event will feature Amsterdam's artists-run radio DFM.NU with hosts of Big City Orchestra. The October series — the 18th annual Music for People & Thingamajigs Festival — opens with performances by Sung Kim, who had built his own variations of the guitar, and now explores other techniques, tonalities, and sympathetic resonance.

The series concludes on Oct. 4, with Taylor Gersbach, The Crank Ensemble, Peter Whitehead, and Neil Feather/Rosie Langabeer. Larnie Fox directs the ensemble, a 14-member group that performs on hand-cranked instruments he built.