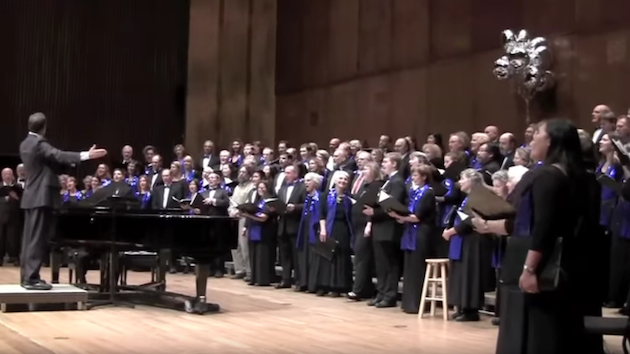 Once a singer, always a singer. This seemingly universal maxim helps to explain the observation that members who graduate from school and youth choruses tend to congregate in alumni choruses afterward.

“It’s an exercise like yoga, in my mind, it’s something that, once you realize the positive effects of doing that on a regular basis I can’t imagine not doing it. [It would be like] cutting off someone’s arm.” So says UC Berkeley’s Alumni Chorus Artistic Director Dr. Mark Sumner. 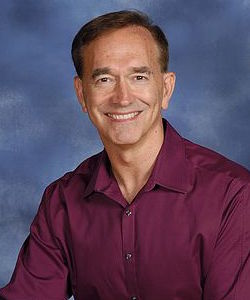 Sumner’s group is in action this Sunday, partly in preparation for an appearance at the Turner Classic Film Festival at the end of April and a tour to Italy in June (together with the Santa Barbara Chorale), where they will be accompanied by famous choral composer Morten Lauridsen. But the concert is also themed on a subject currently under scrutiny and discussion: immigration.

The concert’s title says it all: “Quintessentially American: Stories, Songs, and Journeys From Sea to Shining Sea.” Writes Sumner of the concert: “Many of our country's roots were established by the millions of immigrants who sought a better life, which in turn has shaped the US of A into a colorful, diverse and beautiful country. Our program is dedicated to the many people throughout the world seeking refuge, fleeing terrible political and religious situations.” The concert includes Ronald Perera’s The Golden Door, a cantata based on archived interviews with immigrants who came to the U.S. through Ellis Island; a Chinese selection, “The Olive Tree”; and some of the tour repertory from Aaron Copland, Lauridsen, and other American composers speaking to the general theme.

“I think it helped me to feel like I’m contributing, to certainly the Berkeley mindset because there are a lot of aware people in our chorus. So I’m inspired by that,” says Sumner of the politically-themed concert. Sumner also reveals that he is a theater director, too, so creating a concert with a dramatic focus comes naturally: “It just helps focus our energies,” he says, “and in the case of this concert and others it inspires new dimensions of sharing … video, speech, what people [the audience] will see in a concert besides what they’ll hear.” 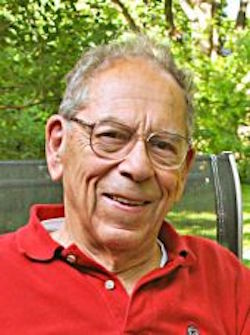 This is Sumner’s 20th year directing the Alumni Chorus, which numbers over 100 singers. He’s also tasked with helping the student groups, all of them student-directed, to help realize their visions. In fact, it was students from those student groups (some of them directed by SFCV founder Robert Commanday) who banded together to form the Alumni Chorus, in 1985. Like them, today’s young singers, who find themselves coping with the (often self-inflicted) stress of performing at a high academic level, find themselves able to cope through the social and physical benefits associated with singing – benefits that are increasingly studied and are proving to be far more real than imaginary.

And those Berkeley singers who stay in the area will gravitate, naturally, to the Alumni Chorus. Because once you turn on to singing, you’re never going to stop.