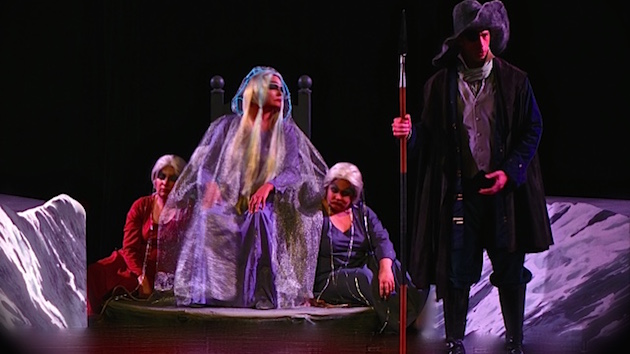 Unless your name is Anna Russell, you don’t fool around with the Mount Everest of music theater, Richard Wagner’s 16-hour-long, four-opera The Ring of the Nibelung. The last time San Francisco Opera offered it, five years ago (at the cost of some $24 million), each cycle attracted an audience of 14,000 — and the production is returning in 2018.

Meanwhile, on a far smaller scale, but as soon as the weekend after next, you can see the third opera in the cycle, Siegfried, presented by Valhalla Productions and VOICES/SF in City College of San Francisco’s Diego Rivera Theater. Why take up the challenge? Valhalla’s announcement provides the purpose:

“To bring great works of the operatic repertoire into intimate surroundings where the audience can experience their performance live and close up, and to provide young singers with the opportunity to learn and perfect roles normally available only to well-established singers in the largest international opera houses.” 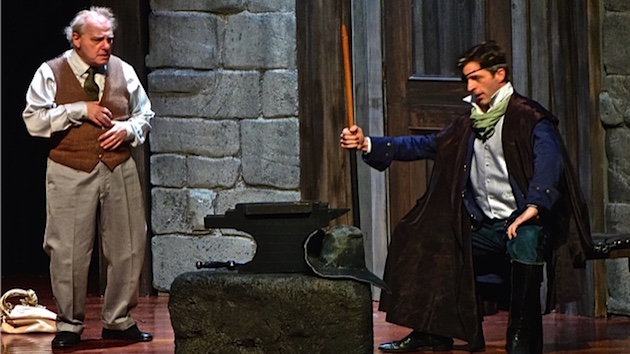 Along with its mission statement, Valhalla Productions adds: “Siegfried is presented complete and fully staged, with orchestra.” That caused a double take, shaking of the head, arching of eyebrows, and a storm of email queries: “Really? All four hours? An orchestra of “gargantuan proportions”?

The answer from Wagnerian activists Rick Bogart (producer/stage director) and singer Ross Halper: Yes, really. Yes, four hours (plus two intermissions for a total running time of 4:45). And yes, sort of, an orchestra of 26. They didn’t mention it, but from personal experience, I highly recommend the venue. City College’s Diego Rivera Theater is an excellent performance space.

“Small-scale Rings” can be and have been done, including the fondly remembered Legend of the Ring by Berkeley Opera. Small but adventurous and persistent Valhalla Productions put together a complete Die Walküre three years ago, and just performed Siegfried twice last week in Palo Alto.

Michael Shahani is music director, Bill Swanson designed the sets, and costumes were designed by Patrick Kroboth. Répétiteurs are Jonathan Erman and Tamami Honma; Richard Hyde and Judy Bogart are the technical directors.