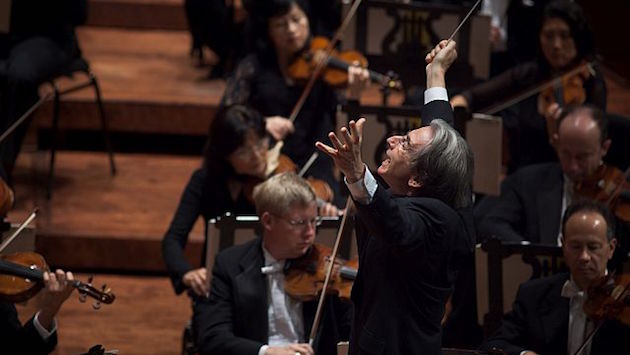 Michael Tilson Thomas does it again. The San Francisco Symphony music director — for the 22nd season in a business where 10 years is usually the length of tenure — has had his moments of daring, allure, and “being different.”

He has made Mahler a virtual house composer, he featured the still-alive members of the Grateful Dead, gave sensational semistaged performances of Wagner and Britten operas, and now — wait for it — he is tackling what is perhaps the best-known composition in classical music ... at least the first four notes of it.

At these early concerts of the new season, MTT includes Beethoven’s Fifth Symphony, Sept. 14–17 (along with Haydn’s Symphony No. 69 and Sibelius’s Symphony No. 3), and devotes the entire “Discovery Concert” at the Sept. 18 matinee to the Fifth. It promises an “in-depth exploration of Beethoven’s groundbreaking work,” the event to include discussion, musical examples, video, and a full performance of the work.

There is something incredibly special about the piece because it represents a moment in history, and a change in the way we think about ourselves. It’s a psychological diary of sorts in which Beethoven illustrates feelings of anger, unhappiness, and confusion. But somehow, we find our way towards joyousness, freedom, and liberation.

He encodes all of these emotions over the course of this symphony. That’s why, musically, it is such a revolutionary piece, and why to this day it represents the extraordinary journey of the human spirit.

MTT says the audience should feel as if seated with him at the piano as he explains the score. He will then have the orchestra play excerpts from the work to help demonstrate points he makes. References to visual arts, literature, and drama will be included as well, all in order “to show how this piece is as individual and path-finding a work today as it has ever been.”

There have been five Beethoven recordings released by MTT/S.F Symphony, including the Symphony No. 5 in 2011. The Sept. 14–17 concerts are underwritten by Franklin Templeton Investments and the Mr. and Mrs. George Otto Sibelius Fund.