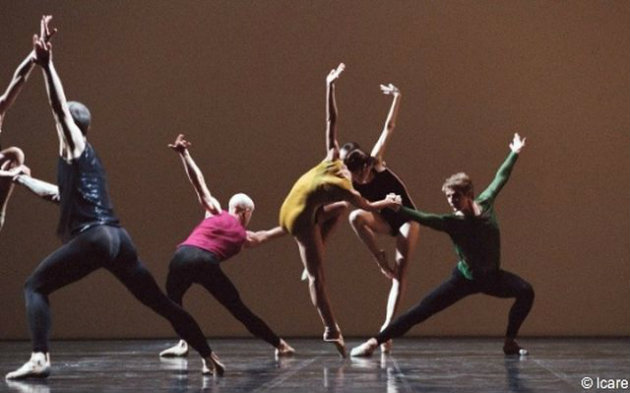 For the second year in a row, five top ballet companies from around the world are joining together for a day of free live streaming of their work, rehearsals, and performances. Last year's inaugural project had more than half a million viewers. World Ballet Day Live takes place on Oct. 1, but in Pacific Daylight Time areas, the first program, a five-hour segment from the Australian Ballet, begins at 7 p.m. on Sept. 30, with a rehearsal of Artistic Director David McAllister’s new production of The Sleeping Beauty.

Next up is the Bolshoi Ballet, from midnight to 3 a.m., followed by the Royal Ballet, 3 to 8 a.m.; then the National Ballet of Canada, 8 a.m. to 1 p.m.; and finally - at a locally convenient time - San Francisco Ballet, from 1 to 5 p.m. Two recordings are added to the live streaming, half-hour programs by Houston Ballet and Pacific Northwest Ballet, at 5 and 5:30 p.m., respectively.

The program is available both at www.worldballetday.com and the respective websites or special YouTube sites of each of the five participating companies. For example, the San Francisco company's program can be seen at https://www.sfballet.org/, the Bolshoi is at www.youtube.com/user/bolshoi.

The Bolshoi, besides a class and rehearsals, will present two world ballet premieres from last season: Hamlet by Radu Poklitaru and A Hero of Our Time by San Francisco Ballet Resident Choreographer Yuri Possokhov. The Bolshoi's general director Vladimir Urin and artistic director Sergei Filin will talk about plans for the future.

S.F. Ballet's segment promises "a typical day at the ballet," the live stream to include rehearsals of Artistic Director Helgi Tomasson’s Giselle and The Fifth Season, George Balanchine’s Theme and Variations, and Liam Scarlett’s Hummingbird, Fearful Symmetries, and Frankenstein.

Choreographer William Forsythe will talk about S.F. Ballet’s North American premiere of his Pas/Parts, a work previously performed only by Paris Opera Ballet. The program-closer is Christopher Wheeldon’s Rush©, set to Sinfonietta La Jolla by Bohuslav Martinů, whose inspiration was the sea and sky in Southern California.