An oft-expressed frustration of the new-music scene is that world premieres generate eager support, but repeat performances of these works are far more elusive. Against these odds, Bay Area composer John Adams has managed to defy expectations with his Violin Concerto, a piece that has exhibited remarkable staying power since Jorja Fleezanis premiered it with the Minnesota Orchestra in 1993. For those unfamiliar with this modern classic, the Berkeley Symphony will perform the work with Music Director Joana Carneiro and Grammy-nominated violinist Jennifer Koh on Sept. 23 at Zellerbach Hall. 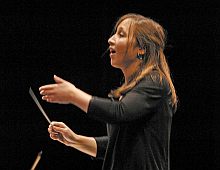 Adams’ concerto has proven extraordinarily durable for a piece that has been around less than two decades. It has already been recorded several times by top-flight artists, often to great acclaim. In one notable review, Limelight’s assessment of a recording by Chloe Hanslip, conducted by Leonard Slatkin, calls the Adams concerto “the most original approach to the genre since the Alban Berg concerto.” All this activity raises a simple question: What makes this concerto so popular?

One factor may be that it inhabits a formal and musical language that listeners often find “accessible” — a feature that gives the composer some pause. In an interview for the journal Perspectives of New Music from 1995, Adams acknowledged an equivocal attitude toward this work precisely because of its traditional roots. “There are moments when [the concerto] seems to me very satisfying, very true to what I’d want from a concerto written in my own time. But then there are times when the choice of the conventional form irritates me and makes me wish I’d struck out into less well-charted territory,” he observed. “In a certain sense the work is quite archaic in its form; it’s a throwback to very traditional means of discourse and syntax, even down to the placement of the cadenza in the traditional location and the fast–slow–fast scenario.” 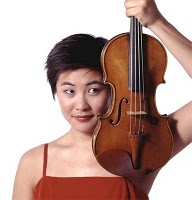 The piece’s lyrical quality may also enhance its popular appeal. Most people love a catchy tune, and Adams admits that melodic concerns permeate the Violin Concerto to an almost obsessive degree, following a period in his career when melody was comparatively minimized. “As if to compensate for years of neglecting the ‘singing line,’ the Violin Concerto emerged as an almost implacably melodic piece — an example of ‘hypermelody’,” he states in program notes to his Berkeley Symphony performance. “The violin spins one long phrase after another without stop for nearly the full thirty-five minutes of the piece.”

Kent Nagano, former director of the Berkeley Symphony, was the first to record the Adams concerto, with Gidon Kremer and the London Symphony Orchestra. “At the time, I was confident that [Kremer] could illuminate other essential and deeper levels of the score into the interpretation far beyond the more obvious organic lyricism present in the work,” Nagano recalls. “John Adams’ music was a completely new style for Gidon, and he studied the work with a deep intensity and focus over several months. ... [O]ur collective hope was that the recording would help to bring this extraordinarily original and great concerto into the standard repertoire which we so passionately felt it deserved.”

Adams’ music clearly fits the Berkeley Symphony like a glove. Carneiro programmed the composer’s Shaker Loops as a guest conductor in 2008, and for her inaugural concert as permanent music director in 2009 she presented The Chairman Dances. Besides choosing the Adams concerto for its 2010 premiere, the Symphony is also honoring the composer with a gala opening night dinner after the concert. Tellingly, the ensemble describes Adams’ concerto as “venerable” — as opposed to Beethoven’s classic Violin Concerto in D Major, Op. 61 (also on the program), which is merely “beloved.”