Among those compositions that qualify as early-music “events,” Haydn’s The Creation surely ranks alongside such greats as Handel’s Messiah and the Bach Passions. This masterful oratorio was a hot ticket at its 1798 premiere in Vienna, an invitation-only affair that attracted throngs of uninvited common folk who crowded the streets around the Schwarzenberg Palace. (Thirty policemen were reputedly needed to keep them at bay.) Its subject matter — the very creation of heaven and earth — imbues a sense of profundity befitting an “important” work. And its event status continues unto the present day, when Philharmonia Baroque Orchestra performs the work April 8-13 in its final concert set of the season. 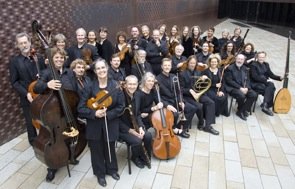 A new release from the PBO archive

Not merely eventful for its own sake, PBO’s Creation crowns the ensemble’s 30-year history of early-music performance. “We last did Creation about 20 years ago, and it seemed a suitably splendid piece to celebrate the orchestra’s 30th season,” says Music Director Nicholas McGegan. It also offers a bit of redemption for one of the featured soloists, Dominique Labelle. “Last time we did it, Labelle made her debut with the orchestra but unfortunately she became ill and had to be replaced by Judith Nelson. Fingers crossed for this time!”

Labelle’s health won’t be the only difference this time around. New scholarly insights on The Creation, and on Baroque performance practice more generally, are guiding McGegan’s current artistic approach. “A. Peter Brown’s book on performance practice in The Creation [titled Performing Haydn’s The Creation: Reconstructing the Earliest Renditions] has been incredibly useful, as is his edition of the score,” he notes. “This fabulous source book was not available 20 years ago.”

Practically speaking, this research translates into careful decisions on everything from ornamentation to tempos to instrumentation. “We’ll be using some of the vocal ornamentation that survives from material used in the earliest performances,” says McGegan. “I’ll also be taking some of the early metronome marks into account. Salieri left some, as did Haydn’s pupil Neukomm. There are also some extra movements for the contrabassoon and bass trombone.” Further, PBO will perform the work in English rather than German. (The original score was printed in both languages.)

More broadly, McGegan is taking steps to re-create aspects of the oratorio’s original concert environment, using expanded performing forces that include an enhanced chorus. “The earliest performances that were done in the composer’s presence were given by rather large forces in fairly small spaces,” he observes. “Within reasonable limits we’ll be trying to emulate that. A largish chorus also increases the grandeur of the work.”

Recently McGegan has been on a tear with The Creation, frequently conducting what he calls “one of my absolute favorite pieces in the whole repertoire” in the U.S. and the U.K. Through all these explorations, a single guiding principle has taken hold. “I hope to bring out the maximum contrast in style between the very lofty ‘heavenly’ movements and the more homespun, earthly, and very Austrian music for Adam and Eve.”