The Brava Theater, nestled deep within the Mission District’s 24th Street thoroughfare, hosted Sunday’s colorful Switchboard Music Festival, and based on the character of the theater alone it was the perfect venue. With old and worn art deco moldings in the vestibule and the theater, the Brava gives off a warm and almost sacrosanct vibe that seems to stem from a long-forgotten era, and this is perhaps the perfect vibe to present new, unique, and in some cases downright adventurous music. 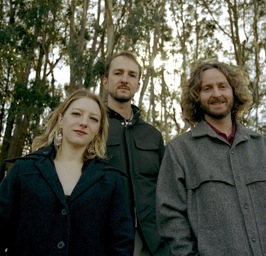 Beginning at 2 p.m. and going well into the late-evening hours, the Switchboard schedule boasted 10 different acts, and the instrumentation listed under each of the ensembles was enough to catch the attention of anyone with even a small level of curiosity. And it was the curious who appeared to be in attendance throughout the festival’s almost 10-hour program; outside of the small coterie of fans/supporters present for each individual act, the vast majority of audience members were ready and willing to be led through a few musical adventures.

The group Gojogo opened the festival, and their engaging and wonderfully original music was complemented by a deep level of group interaction, with each musician playing off of each other with a directness that confirmed for us listening and watching that this group loves what they do. Eric Perney, on bass, was just as comfortable with the bow as he was with using his fingers to strum soulfully syncopated lines; and Elias Reitz, on various Indian/South Asian percussion instruments and a sampler, whose instrumental facility matched his clear reverence for the drums he played, consistently established solid grooves. But even as Perney and Reitz provided the rhythmic propulsion for the sinuous and enchanting melodies carried by Sarah Jo Zaharako on violin, and Roger Riedlbauer on electric guitar, they each contributed to the overall rhythm, melodic, and harmonic texture like the discrete, interlocking strands of a sonic tapestry. In the first act alone Gojogo left a strong impression of the scope and flavor of the festival as a whole.

And different flavors there were. The Revolution Quartet, second on the schedule, became a veritable quintet for both of the pieces they played; on William Brittelle’s Future Shock, the fifth voice was an electric one that was channeled through the house PA system and the earbuds worn by the performers. While the live-ensemble-playing-with-prerecorded-track technique is not entirely new, the Quartet nevertheless performed Brittelle’s piece with an immediacy that reflected that of this particularly jarring and effective compositional device.

In fact, if there was any common theme throughout all of the acts it was the use of electronics; the type used by the Wiener Kids (5:40 p.m.) or Erik Jekabson & the Bay Area Composers Big Band (7:10 p.m.). Microphone amplification is so ubiquitous and elementary that we don’t even notice it, although any acoustician would be happy to inform you that the kind of timbral and instrumental blend that modern groups like these strive for would be in a different category altogether if they were playing in a truly acoustic environment.

For groups like The Genie (4:20…whose spacey, meditative loop-based music made that time slot reference more conspicuous), Causing a Tiger (8 p.m.), and Birds & Batteries (9 p.m.) the still-alien musical voice of the machine was an integral part of the music and, you might argue, the ensemble. Electronics are both a catalyzing and integral element in modern music production all around the world, and it might only be a matter of time before the name or brand of a particular piece of computer software and hardware is listed alongside the performers’ names in your concert program. 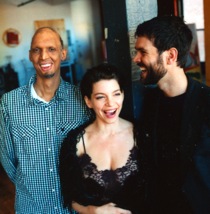 The producers of Switchboard clearly understood that all of the different soundscapes and aesthetics presented throughout the program might not please everybody. Jeff Anderle, a member of the festival’s board of directors and an excellent clarinetist, playing in the ensemble for Jonathan Russell’s highly successful piece Twelve Bean Groove Machine (6:25 p.m.), was very clear in reminding patrons that they were free to come and go as they pleased. This laid-back modesty is the kind of vibe that opens listeners to experiencing eight hours of new, sometimes challenging, and (in the case of Causing a Tiger) distressing music. This deserves to be mentioned, because it would be wrong to say that anyone in attendance on Sunday came because they wanted to be comforted by the familiar.

Switchboard should be celebrated not only because they present new music — music that straddles, abandons, and demolishes genre and stylistic boundaries — but because they present it precisely the way it should be: routinely. The vibe in the seats was one of being in on something happening right now, in the present moment, in an unintimidating atmosphere by accessible and skilled musicians. But what more should you expect to happen in a grand old theater on 24th Street in the Mission? Maybe just that this sort of thing happens more often.