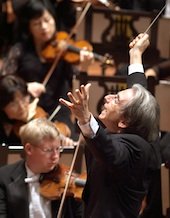 If only Gustav Mahler could have made it to Davies Symphony Hall Wednesday night, he would have been both surprised and gratified. Mahler would have been impressed by the majestic performance Michael Tilson Thomas and the San Francisco Symphony gave of the Third Symphony as all of one piece. All Mahler is big and complex, but the Second, Third, and Eighth Symphonies also are extra sprawling, nonlinear, and sometimes mixed affairs.

As quoted in Michael Steinberg's program notes, Mahler did not regard the genre in the traditional sense, saying that "a symphony must be like the world, it must embrace everything."

The Third is pretty much "everything," consisting of six widely divergent pieces, changing format, mood, sound, and subject in a seemingly arbitrary way. For MTT and the SFS to pull it all together and present a whole that's bigger than its already gigantic parts is something to treasure.

But what was the surprise? Mahler's ghost and most of the living in Davies Hall heard a Third Symphony very different from other performances — be those adequate, good, or even great. 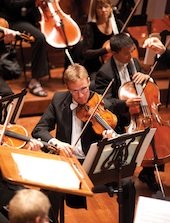 The first movement (or "Part I" according to the composer), which was called originally "Pan Awakes. Summer Comes Marching In (Bacchic procession)," is now named "Introduction: powerful, determined," a marking that doesn't come close to describing its musical and emotional complexity. It is one of Mahler's most craggy, surprising, disorienting, and even illogical pieces.

Most performances try to gloss over its disparate elements, and try to improve on Mahler by making the sometimes shocking music seem smoother, more palatable. Not so here, not on this occasion — what may happen on other nights is anybody's guess.

At 35 minutes, running slightly over the usual performance length, this was in-your-face, unapologetic Mahler, exclaiming proudly: "It's not a bug, it's a feature."

And MTT reveled in the "bugs," stretched phrases, revealed notes usually buried, embraced dissonance, paused by a millisecond longer than other conductors would. It was an unusual, bold, confident, amazing interpretation. Mahler would have loved it, I am convinced. 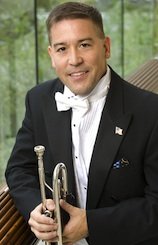 The conductor's affinity for Ives came into play in the third movement, stressing the Scherzando's brassy, dissonant passages.

With all of MTT's intelligence, imagination, and gumption, everything depended on the players' responsiveness. It was there, in all its glory, the century-old orchestra playing its collective heart out.

From Concertmaster Alexander Barantschik's wonderful solos to the silk-smooth passages from the second-violin section (placed downstage left, in "the European manner"); from the opening brass chorale to Mark Inouye's phenomenal, offstage, posthorn-imitating trumpet; from trombone solos to mezzo Katarina Karnéus' affecting, clear (in music, if not in diction), powerful "O Mensch! Gib Acht!" (Take heed, humanity) — the performers went from triumph to triumph.

Mahler was not known for cost-efficient planning, so he thought nothing of having some 100 singers — women of Ragnar Bohlin's SFS Chorus and Susan McMane's San Francisco Girls Chorus — sit for over an hour before singing angelically in the brief "What the Angels Tell Me" movement, and then cease because, as Bruno Walter said of the last movement, "words are stilled, for what language can utter heavenly love more powerfully and forcefully than music itself?" 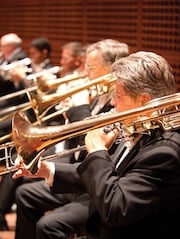 Everything led up to the finale, "Very slow, and with great inner feeling throughout," a profoundly moving Adagio. Akin in its emotional impact to the Adagietto of Mahler's Fifth and the last movement of his Ninth, this is where, quoting Walter again, "the whole giant structure finds its culmination."

Even at the risk of repetitive stress injury among the strings, against coughs and noises in the audience, numerous early departures from this almost two-hour-long event (Mahler's longest symphony), the overwhelming effect of the last movement worked its magic. Here, MTT provided not a different interpretation than at the beginning, but rather a deeply-felt, beautifully expressed "standard" reading — one among the very best.