If Pauline Viardot hadn’t actually lived, some opera composer might have invented her. The life of the 19th-century French singer-composer is the stuff of drama, and nearly a century after her death, she remains one of the more intriguing figures of European musical history.
If you’ve been to a vocal recital in the last few decades, chances are you’ve heard Viardot’s work as a composer. Her songs, which seem the essence of diaphanous Romanticism, have long been favorites among discerning singers. To music lovers of her own time, Viardot was known as a singer. In her career as a mezzo-soprano — one who performed dozens of roles to great acclaim in her native Paris and beyond — she, along with her sister, the much-acclaimed Maria Malibran, achieved a kind of superstar status.

Still, Viardot’s most significant role may have been the one she played offstage, as friend and confidante to many of the century’s great composers. Berlioz, Chopin, Massenet, Saint-Saëns, and Wagner were among those who praised both her charms and her talents. Berlioz, for instance, called her “one of the greatest artists who comes to mind in the past and present history of music.”

Now Viardot (1821-1910) is the subject of a theatrical concert designed to explore the many aspects of her life and art. “Pauline Viardot and Friends” is scheduled for two performances, March 20 and 22, at Herbst Theatre. Written by Georgia Smith, and modeled after the salons that Viardot herself hosted in Paris, the evening will present her songs, as well as selections by Chopin and Rossini, in the wider context of her social milieu.

Narrated by acclaimed mezzo-soprano Marilyn Horne, and directed by Lotfi Mansouri, “Pauline Viardot and Friends” features vocal performances by mezzo-soprano Frederica von Stade, soprano Melody Moore, and baritone Vladimir Chernov, with musical accompaniment by pianist Peter Grunberg and cellist Emil Miland. The program was previously performed in London and Paris. San Francisco Performances is presenting the concert's U.S. debut.
A Singer, and So Much More
The evening creates a fascinating context, says von Stade, who sang in the London and Paris performances. “It’s a good way of introducing her music and showing it off with a wonderful script,” von Stade explained in a recent interview. “Pauline Viardot was just so interesting. She means a lot to singers because she was such an exquisite singer herself. She had a terrific command of song and singing. But then she was also a kind of muse. She had this amazing life. So it’s a very entertaining evening, because you get to know a little about her. And the songs are wonderful.” 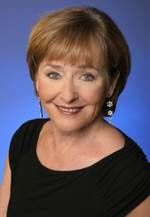 Viardot was born Michelle Ferdinande Pauline Garcia in Paris. She was the daughter of Spanish tenor and voice teacher Manuel Garcia II. By all accounts a strict disciplinarian, Garcia steered his children into a life in music at an early age. By 10, Pauline was studying piano with Franz Liszt.

Pauline seemed destined for a career as a pianist, but when Malibran, already a renowned opera star, died at age 28, the Garcias’ younger daughter was assigned to follow in the elder’s footsteps. Pauline didn’t have Malibran’s looks or luster, but she had drive and, by all accounts, a keen dramatic presence. In 1839, she made her opera debut in London as Desdemona in Rossini’s Otello. She went on to create the role of Fidès in Meyerbeer’s Le Prophète, and the title role of Gounod’s Sappho. In 1840, she married Louis Viardot, the director of the Theatre Italien in Paris. At age 40 — her voice evidently failing — she turned to composing, writing more than 100 songs, four operettas, and a handful of chamber works.
The Men in Her Life
She also became famous for her relationships with composers. She championed Wagner’s Tristan und Isolde and played piano duets with Chopin. Meyerbeer wrote Le Prophète for her; Berlioz referred to Les Troyens as “our opera.” Robert Schumann and Camille Saint-Saëns dedicated works, including the latter’s Samson et Dalila, to her.

Viardot seems to have had more than a little in common with Saint-Saëns’ Philistine temptress; men who entered her sphere fell in love with her almost as a matter of course. Her most passionate affair was with Ivan Turgenev. The Russian author devoted himself to the married Viardot. They traveled together, wrote together, and lived together on and off (one of Viardot’s sons claimed that Turgenev was his father — a contention that was hotly disputed by Viardot’s daughter). Turgenev taught her Russian. “Pauline Viardot and Friends” includes several Viardot settings of Turgenev texts.

Von Stade compares Viardot to another famous 19th-century woman, the oft-married Alma Mahler. “Alma was famous for being married to famous people, and she was also a composer,” she says. “Pauline Viardot was a better composer, but there were similarities.

“I think Pauline was kind of a man’s woman,” says von Stade. “She had this great relationship with men, and they loved her. She was really more of a colleague than a muse. She was very appreciative, and created this supportive atmosphere for people to work in.”

Von Stade feels Viardot’s songs are beloved for good reason. “I think they hold up wonderfully well,” she says, praising their linguistic authenticity. “The French sounds French, the Russian sounds Russian, the German sounds German. She had a great command of all these languages. The songs have their own flavor, and clearly they’re very vocal, because she was a singer. But they’re also very touching, very dear.” Von Stade cites Viardot’s Die Sterne, which she will sing at Herbst with cello accompaniment by Miland. “It’s a very beautiful, old-fashioned song,” she says, “very romantic. It’s my favorite.”

Judy Flannery, the producer of “Pauline Viardot and Friends,” came to Viardot’s music by a different route. Flannery, who has produced over a dozen programs for the PBS “Great Performances” series, says she was introduced to the composer by Italian mezzo-soprano Cecilia Bartoli.

“I was producing one of Cecilia’s concerts for TV during the 1997-1998 season,” says Flannery. “I was looking over the program, which had music by Vivaldi, Mozart, Haydn, and someone named P. Viardot. I said to Cecilia, ‘Who is P. Viardot?’ And she said, ‘Ahhhh.’ She told me this delightful story, and then I heard the songs — they were gorgeous, really quite beautiful.”
The Callas of Her Era
A few years later, Flannery attended a San Francisco performance of a one-woman show titled “Salon Viardot” (also written by Georgia Smith). She decided on the spot that she wanted to make a film about the composer. “I wanted to show the tremendous influence she had on 19th-century music,” she says. “Here is this woman who was so dominant as a singer. She was really the Maria Callas of her era. She was truly a household name; people all over the world spoke adoringly of her, and she left a legacy as a composer, one who was highly regarded by her male peers. And yet, because she lived at a time before recorded music, after a couple of generations she had kind of faded away.”

Flannery and a group of colleagues, including Mansouri, began putting together the program that became “Pauline Viardot and Friends,” enlisting Smith as writer, von Stade and baritone Nathan Gunn as singers (Gunn later withdrew, and was replaced by Chernov). French actress Fanny Ardant was cast as the narrator.

“Pauline Viardot and Friends” premiered at London’s Wigmore Hall on Feb. 27, 2006. The performance was recorded and released by Opera Rara. Two days later, it was performed at Le Châtelet in Paris. “People loved it,” says Flannery, and San Francisco Performances President Ruth Felt immediately began making plans to bring the program to the Bay Area.

Flannery, who still intends to make a documentary film about Viardot — the tentative release date is 2010, the centenary of Viardot’s death — says the success of the show is in the way it creates context. “The goal was to build a narrative, to weave the songs together with her story in such a way that people would sit up and say, ‘Wow, how can I find out more about this person?’ ” says Flannery. “I think we’ve done that.” The program, she adds, allows the audience to see “the depth and the extent of Viardot’s compositional skills. Even musicians who think they know her are surprised. We’ve included works that many people just haven’t heard before.”
High-Powered Fan Club
The Herbst performances will be enhanced by Horne as narrator — luxury casting, says Flannery, since the great mezzo has been a champion of Viardot’s throughout her career. Horne revived many of Viardot’s opera roles. Among others, she starred in the Metropolitan Opera premiere of Le Prophète in 1977. She also recorded Souvenir of a Golden Era, dedicated to Viardot and Malibran, in 1965. The two-disc set was reissued last month. Horne has amassed a large collection of Viardot letters, drawings, and other ephemera.

“She has an amazing connection with Viardot,” says Flannery. “When she came on board she told me, ‘All these years I’ve been collecting Viardot memorabilia, and now I know the reason.’ She’s going to actually wear a brooch that belonged to Malibran, given to her by Pauline’s granddaughter.”

Mansouri, the former general director of San Francisco Opera, directed the performances in London and Paris, and is looking forward to revisiting the work in the Bay Area.

“I think people will really enjoy it,” says Mansouri. “It’s a fun concept. Most of these songs were written for very small venues, the salons of Paris. At that time, Paris was really a kind of mecca for culture. For a composer, unless your work played in Paris, you hadn’t made it. That whole milieu is fascinating, and Pauline was right in the middle of it.

“The idea was to re-create that salon ambience, with the narrator like the hostess, and the artists and the audience as guests.” The result, says Mansouri, is something quite different from the traditional recital format. “You know, sometimes song recitals have a tendency to be a little too esoteric, even ritualistic,” he says. “My challenge was to make it look as though there was no direction at all. It’s very subtle, very natural. If anyone notices anything I’ve done, I will have failed.” 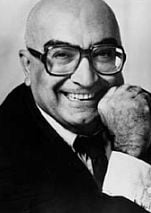 Plans are already under way to produce “Pauline Viardot and Friends” in other cities — New York is a distinct possibility, says Mansouri. And the director is considering staging other salon-type concerts based on different composers.

“I think it’s very helpful when people can see more of a composer’s life and background,” he says. “It gives a better understanding of the creative life. It’s not like reading a program note. It makes it visual, personal. You want people to feel they’re in a living room, where people get up and sing, and friends gather and listen.”