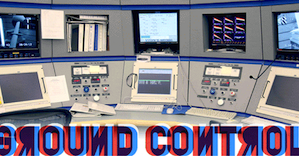 Space scientists from NASA Ames are producing the world premiere of Ground Control: an Opera in Space on Sept. 13, at the launch event of ZERO1 Biennial, at 300 S. 1st Street, in San Jose.

"In this tangential reality," says the announcement, "your Flight Controller conducts arias and the Payload Officer works a baritone sax, while the Capsule Communicator is on the triangle. Following the rules of tragedy defined by the ancient Greeks, the International Space Orchestra chorus introduces the public to the emotional nuances of space science's missions."