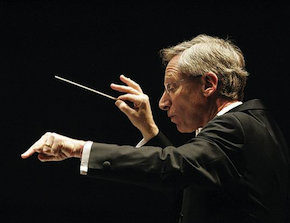 A report by John Katsilometes in The Las Vegas Sun tells a complex story about the quitting and/or ouster of David Itkin as music director of the Las Vegas Philharmonic. Itkin says when he did not renew his contract, he was not allowed to finish his contract, ending with the 2013 season.

Itkin said he was not granted the same measure of artistic control over the philharmonic that conductors at other symphonies are afforded, explained that his decision to remain in Dallas rather than move to Las Vegas was endorsed and authorized by the L.V. Phil Board of Directors, and calmly said that his earlier-than-expected ouster was executed even as he expressed his wishes to orchestra officials to complete the final year of his contract.

"The idea that when a music director chooses not to renew (his) contract and says that the reaction is, 'Don’t ever come back for your last season,' is unprecedented in our business,” said Itkin, who still is the conductor of the Abilene (Texas) Philharmonic Orchestra and also is professor of music and director of orchestral studies at the University of North Texas College of Music. "Unprecedented and personally insulting. There was no reason from an administrative or artistic or any other reason for that to have been the outcome. That was never my intended outcome."

Given opportunity to address Itkin’s comments specifically, L.V. Philharmonic President and CEO Jeri Crawford essentially washed her hands of the issue, saying the philharmonic and she are focused on the future as the orchestra settles into its new home at the Smith Center for the Performing Arts. The L.V. Phil has sold out its first two performances at the 2,050-seat Reynolds Hall.

A series of guest conductors will lead the orchestra in the 2012-2013 season, beginning with a Masterworks Series performance directed by Andrew Gans. Guest conductors will be considered replacements for Itkin and be in place for the 2013-2014 season. There have been already 300 applications for the position.