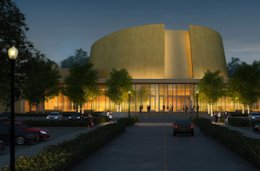 The unavoidable, heavyweight event of the new year in Peninsula and South Bay concert-going is the opening of Stanford’s new, intimately-sized, acoustically cutting-edge Bing Concert Hall. The Jan. 11 gala features the San Francisco Symphony with Frederica von Stade and a host of Stanford groups, and an open house. Following concerts by the roots-rock group Los Lobos on the 12th, the hall’s first regular classical concert follows on the 13th. The St. Lawrence Quartet, Stanford resident artists, will play an unusual program including a quartet by their distinguished Canadian compatriot Murray Schafer, and will be joined by pianist Stephen Prutsman for a quintet by the late Romantic Austria Ludwig Thuille, friend and colleague of Richard Strauss.