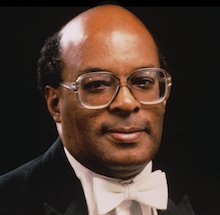 I was well familiar both with the conductor (who led the S.F. Ballet Orchestra 1974 to 1998) and the fine local orchestra, so the poor musical performance came as a surprise, expressed in strong terms in the review I wrote at the time in the Honolulu Star-Bulletin.

In contrast, the review in the competing Advertiser praised the orchestra, but a couple of days later (this was before e-mail), there was a third opinion published, fully in agreement with mine.

It was a letter to the editor from de Coteau, who apologized for the problems in the performance, and explained that he was given only one rehearsal. The reason: While on tour the previous year, the San Francisco Nutcracker on tour received just one pre-performance run-through, and the orchestra manager could not be convinced that there is a difference between the two scores: "ballet is ballet." (He did not serve as manager much longer.)

Nothing similar occurred last week, but I remembered the long-ago variance between performances on stage and in the pit while at the SFB opening gala. More than any other organization — symphony, opera, ball teams, and so on — San Francisco Ballet always takes off from the starting gate in mid-season form. 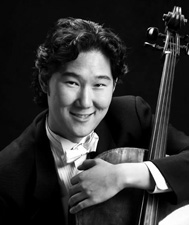 At the Thursday gala in the War Memorial Opera House, dancer after dancer showed his and her best. The secret is not only Artistic Director Helgi Tomasson's consistent building of one the prime companies in the world, and the excellence of the artists — it's also because of a schedule unique to ballet.

I learned this years ago, but still have trouble believing it: Training and rehearsal for the January-May season begins ... in July! So, opening, premiere, debut, all the "new" things the audience sees have six months hard work behind them, including the tough, intensive "Nutcracker month" of December.

Even if some new works for the gala which are not part of the repertory get only a few weeks of rehearsal, the dancers are in prime condition.

The Ballet Orchestra, although part of the Nutcracker blitz, does not have a similar ramp-up to the subscription season. In fact, I suspect the musicians do their part at the performance after only one rehearsal with the dancers plus participating in the dress rehearsal on the morning of the gala — certainly better than the old Honolulu model, but still something difficult.

Consider the further challenge to Martin West's orchestra: a dizzying variety of music from such standards as Tchaikovsky, Drigo, Minkus, Sousa, to Arvo Pärt, Bizet, Wojceich Kilar, and Eduard Lalo. Throughout it all, the orchestra, concertmaster Roy Malan, pianist Michael McGraw excelled; at times West got slightly ahead of the dancers, leading them, less frequently falling a bit behind — nothing a few rehearsals wouldn't fix. 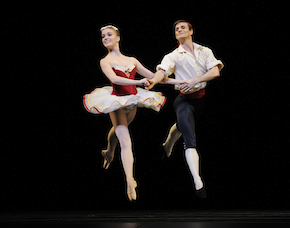 On stage, one of the company's new stars, up from the corps, Sasha DeSola, appeared both in the first work (Balanchine's Tarantella with the wonderful Pascal Molat) and the program-closing excerpts from Serge Lifar's 1943 Suite en Blanc, to Eduard Lalo's music. In the large cast of Lifar's work, Sofiane Sylve, Vanessa Zahorian, Tiit Helimets, and Davit Karapetyan had leading roles.

The work, scheduled in its entirety for the company's first subscription series, is a neoclassical spectacle, with flashes of humor and whimsy, very endearing.

Among tried-and-true works at the gala, there was the Act 1 pas de deux from John Cranko's Onegin (to be reprised from last year in Program 5 of the 2013 repertory), with Maria Kochetkova and Vitor Luiz; and the barn-burner pas de deux from Balanchine's Stars and Stripes, with Zahorian and Karapetyan, getting a big audience response.

Gennadi Nedvigin was in rare form, partnering Clara Blanco beautifully in the classic Bournonville pas de deux from the Flower Festival at Genzano.

Company Artistic Director Helgi Tomasson's Trio is among his best, most lasting work, performed on the gala by Sarah van Patten, Helimets, and Vito Mazzeo.

Among standouts in the orchestra were principal cello Eric Sung, acting principal trumpet John Pearson in Stars and Stripes, with the baritone solo by Paul Wellcomer, on loan from SF Symphony because Jeff Budin is on paternity leave. Principal flute Barbara Chaffe excelled in Suite in Blanc.