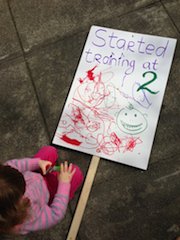 Here are just a few of the hundreds of comments on the web and in e-mails I received. Where necessary, I am withholding names, beginning with the first item, which comes from a relative of a freelance musician:

What happens to the extras and subs who were contracted to go on the tour and turned down other work offers in order to go?

They aren’t the ones striking but I suppose they lose all the money they were to make these weeks, which can be difficult for a freelancer with an unpredictable work schedule.

So that’s that. Musicians of the San Francisco Symphony, apparently dissatisfied with being the third highest paid symphony musicians in the country, rather than the first, will not be making the coming week’s trip to the East Coast.

They walked off the job on March 13, causing the cancelation of four concerts last week. Negotiations have continued, some late into the night with the tour looming, but to no avail. The orchestra called off the tour today. 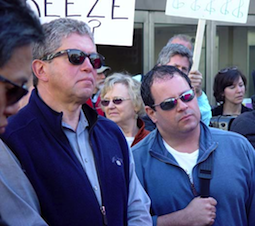 From Anonymous on the Adaptistration blog:

The article from management says that musician salaries were increased an average of 4.3% per year in their last contract. Was there a blanket increase given to all administrative staff?

When I asked one of the musicians outside why they were so angry, the response was interesting. "We're not angry so much as we are bewildered. Why are we being treated this way?" It seems time for some healing and less disconnect. 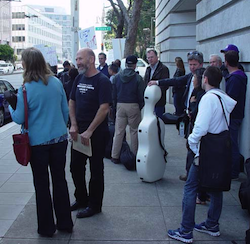 Susan Greene on the Adaptistration blog:

As a 10-year veteran as CEO of a regional orchestra, I cannot tell you how deeply I believe these incredibly talented and highly educated musicians deserve to be paid what top-level doctors and attorneys are paid. For most of them, they’re not even close.

That said, I participated in contract negotiations virtually sickened by the "row I had to hoe." It begins with the fact that this country does not value the arts in general and live symphonic music in particular.

When one can hear 103 of the most talented musicians in the world LIVE for $15 and still, there are empty seats ...

Not As Bad As at the Bolshoi 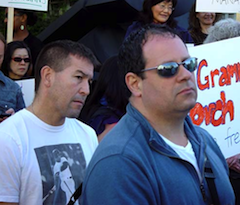 It is amazing the damage a lack of respect can cause among people who, relatively speaking, are doing just fine. I'm instinctively with the musicians, but they need to communicate better how they've been dissed if they expect sympathy. And that's not easy.

Just read David Remnick [in The New Yorker] on the Bolshoi. Somehow I suspect that in some venues of elite art, that sort of thing festers. At least that's not what we've got here. Being San Francisco, nobody would be too surprised.

Running a Business of Their Own

Dear musicians of the SFS, I suggest the following solution to your problems with management: All of you quit your jobs effective immediately. Then you build a new orchestra, but you do it with a business model where all of you own shares in the orchestra.