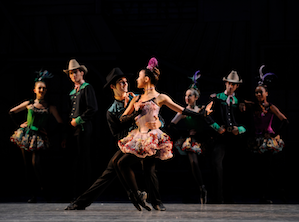 San Francisco Opera founder Gaetano Merola (1881–1953) should also have credit for creating both the San Francisco Ballet and the company's renowned school. Here is the story on the eve of the 80-year-old S.F. Ballet School's Showcase series at Yerba Buena.

First, about the Showcase: It will take place May 29-31 at the Yerba Buena Center for the Arts Theater, and will feature class demonstrations and repertory works, for the benefit of the school’s scholarship and financial aid programs.

“Student Showcase is a culmination of each student’s training and dedication to learning the art form,” said Ballet School Associate Director Patrick Armand. 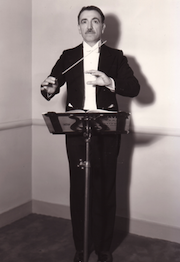 Following the May 30 performance, a cocktail reception and dinner at the St. Regis San Francisco, is expected to raise additional funds. The variety of luxury packages available among live-auction items includes a VIP trip to New York for S.F. Ballet’s opening night of Cinderella there (see item above).

And now, the history of the school, with thanks to Lauren White for the research:

San Francisco became the only city in the country, other than New York, to claim a ballet school as an auxiliary to an established opera company. Adolph Bolm was appointed director and ballet master for the company, which occasionally presented all-dance programs. But San Francisco Ballet truly began to take shape as an independent entity when Willam Christensen became company ballet master. Two years later he appointed his brother Harold, director of the school.

Harold, like his brothers Willam and Lew, the three men most responsible for guiding the company and the school for some 45 years, was American trained. He was the preeminent educator among the brothers who directed the development of ballet in the Western United States for an entire generation. Under Harold's guidance, the school evolved into one of the country's finest classical academies.

Scholarship programs were initiated and the faculty grew to include numerous prominent classical ballet teachers. Harold directed the school for 35 years, developing many dancers who went on to careers with San Francisco Ballet and other prestigious companies. When Harold retired in 1975, Richard Cammack became the new director of the school. Cammack oversaw the school's move into its current state-of-the-art facility in 1983.

Today, the school boasts a distinguished international staff, headed Armand, a trainee program for advanced-level students, a dedicated student residence, and an extensive scholarship program. Of the current company, over 50 percent of the dancers received all or part of their training at the School, and many San Francisco Ballet School students have gone on to dance with professional companies nationally and internationally.

Now, 80 years after its founding, San Francisco Ballet has indeed achieved Gaetano Merola's original goal of elevating San Francisco to a "high position in the realm of dance."