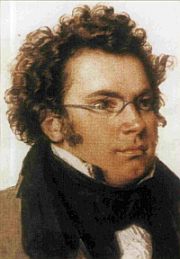 His life and musicmaking were inextricably entwined with the Viennese milieu of his time, in both its artistic richness and its provincialism. In his life he faced illness, felt a strong sense of fate governing him at times, and met a tragic, early death. In his music, a listener finds raw feeling and intellectual brilliance, a lyric impulse wedded to a unique approach to musical form, frequent moments of sensuous beauty tied to a gift for musical narrative.

Is this a description of Franz Schubert? Actually, it could refer either to Schubert or to Alban Berg. The composers share these stories and artistic qualities at a century’s distance, but they’ll be brought together in the San Francisco Symphony’s upcoming “Dawn to Twilight: A Schubert/Berg Festival,” beginning May 27.

The festival celebrates the two composers by positioning them in a three-week dialogue of sorts, alternating their works over the course of five programs that will, perhaps, reveal them both in a new light. The varied programs, incorporating vocal, orchestral, and chamber music, will offer audiences rich opportunities to explore each composer’s evolution and the range of expression to be found in his music.

Michael Tilson Thomas intends, through the range of programs and the festival’s title itself, to survey the evolution of the Romantic spirit in music, as much as this can be done through the music of two composers. It’s a compelling proposition: to begin with Schubert’s music, which is so descriptive of distinct emotions and the many shadings between them, and then to take a leap and see what the Romantic movement led to in Berg’s music. Ambiguity is at the forefront, expressed through Berg’s incredibly potent language, as Romanticism’s emphasis on overt emotional expression is finally blown open to reveal its psychological underpinnings.

Berg’s Capacity for Taking PainsThe festival’s Berg selections nicely represent the arc of his artistic development. This isn’t that difficult to do, given the limited output he produced with his 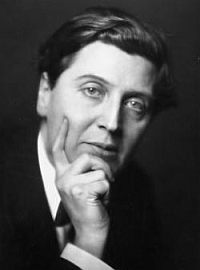 painstaking approach. Berg was a late beginner and never a prodigy, making his achievements hard-won; the festival will reveal not only his artistic evolution but also his growth in technique. The repertoire ranges from the Seven Early Songs, begun when he was only 20 and was studying with Arnold Schoenberg, to the final, elegiac, Violin Concerto, along with masterworks such as the Three Pieces for Orchestra, recently heard at Davies Symphony Hall, and the Chamber Concerto, in its first Symphony performance in nearly three decades.

Schubert’s output is as vast as Berg’s is limited, so there’s no way to achieve a similarly emblematic sampling of his music. Still, with the expansiveness and exploratory nature of the festival format, this would seem to be an opportunity to discover the unknown, or at least lesser-known, Schubert. That’s true only to a limited extent, however. There will be, surprisingly, a first Symphony performance, the Mass No. 6 in E-flat Major, D. 950, and a performance of the less warhorse-y Rondo in A Major for Violin and Strings, D. 438. Also to be played are the crowd-pleasing “Unfinished” and “Great C Major” symphonies (Nos. 8 and 9), along with the “Trout” Quintet in a chamber program, pieces that routinely show up in regular-season programming.

These choices offer great music, yet I’d guess they’re meant to serve another purpose. Berg’s music can still be a hard sell with Symphony audiences. Not only is it more challenging than its 19th-century predecessors, it’s also more difficult than the audience-friendly contemporary music that Tilson Thomas often favors these days. It’s only reasonable, then, that Berg’s music might stand more of a chance with these audiences when paired repeatedly with Schubert’s most beloved works.

At the same time, deeper connections might be revealed between the two composers in the festival. Positing Schubert and Berg as the bookends of Romanticism — one leading Western music out of classicism and the other leading it into modernism — the festival asks, implicitly, “What relationships actually exist between Schubert and Berg’s music?”

Old Vienna’s Last HurrahAlthough these two composers share many qualities, in looking for answers in the literature on Berg, I didn’t find any overt influence; Berg studied Schubert’s scores, along with those of many other past masters. Berg did, though, have an awareness of the Viennese lineage he had inherited. As his biographer, Karen Monson, points out, he was the last celebrated Viennese composer whose presence could give the city bragging rights as the center of a homegrown creative vanguard. (Berg fared better in his own lifetime than Schubert, who was claimed posthumously as a giant without achieving that local status while alive.) The line of composers in the Viennese tradition includes many well-represented in the SFS repertoire, especially Mahler, who quoted and arranged Schubert’s music and whom Berg admired deeply. (Berg’s friendship with Alma Mahler led, ultimately, to the composition of his Violin Concerto in memory of her daughter, Manon Gropius.) Perhaps the aural bridge provided by Mahler, whom Tilson Thomas has presented so abundantly during his tenure, will provide a touchstone for both open and reluctant ears.

The festival soloists offer the promise of memorable performances, beginning with familiar SFS guests such as Michelle DeYoung and Yefim Bronfman. Gil Shaham, who has made the Berg Violin Concerto one of his specialties, will appear in this work, and Julia Fischer will solo in the Schubert Rondo, as well as teaming up with Bronfman for what should be an intense, probing take on Berg’s Chamber Concerto.

Apparently not content to join Bronfman as a mere fiddler, she’ll also move to the piano for preconcert performances, with him, of Schubert’s four-hand piano music. Fischer and Bronfman are also curating a chamber concert with Symphony players. Laura Aikin, who was unforgettable as The Angel in Messiaen’s Saint François d’Assise at the San Francisco Opera, and has played Berg’s most unangelic Lulu at several major European houses, joins the Symphony for Berg’s Altenberg Lieder and Lulu Suite and will be one of a stellar crew of soloists in the Schubert Mass.