Live Web casts of the Van Cliburn International Piano Competition finals can now been seen at http://www.cliburn.tv/#. This is the 13th season of the competition in Fort Worth. Participating artists include James Conlon and the Takács String Quartet, and a blind 20-year-old virtuoso.

The top three pianists will receive $20,000 each, while the remaining three get $10,000 each. Many cite the Cliburn's valuable offer of professional management and coaching for all six finalists as well as a U.S. concert tour as the most valuable prize. The gold medallist also wins a European management deal, an album deal and dozens of international engagements.

The competition closes on June 7. Back to top 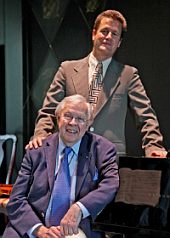 Nuttall responded to the appointment by saying it's bittersweet because, "Charles has been a friend and mentor to me for many years and I’m sad he’s leaving. At the same time I am excited about this opportunity, especially with Dock Street Theatre reopening next year. I feel like I’ve been given keys to a Ferrari."

Nuttall first performed at the Charleston, S.C., festival in 1995 with the St. Lawrence, which he cofounded 20 years ago. As first violinist of the quartet, Nuttall has performed in more than 1,800 concerts throughout North and South America, Europe, Australia, and Asia. He is on the faculty at Stanford University, and makes his home in California with his wife, violinist Livia Sohn, and their young son, Jack.

Wadsworth has been a festival favorite as pianist and host of the twice-daily chamber music concerts, a role he began 50 years ago at the Festival of Two Worlds in Spoleto, Italy. His innovative programming, inclusion of major soloists, and wide range of repertoire inspired a new generation of virtuoso musicians to perform chamber music.

The tour — the 76-year-old Ballet's first to China — will include engagements in Shanghai, Suzhou, and Beijing. It will feature Artistic Director Helgi Tomasson’s full-length production of Swan Lake, and a repertory program of works by George Balanchine, Tomasson, and Christopher Wheeldon.

The San Francisco Symphony's ongoing Schubert/Berg Festival is being thoroughly covered elsewhere in Classical Voice, so consider the following as collateral observations.

"Payless opera" is coming to town again, courtesy of the San Francisco Opera general director's ongoing campaign for free simulcasts in large, popular venues, events that are made possible by Webcor Builders. This time it's a live Tosca from the War Memorial on June 5 in the AT&T ballpark. Those registered in advance can enter at 6:30 p.m. (and have best pole position at the garlic fries stand), the general public is admitted at 7, and the opera begins at 8. Last year's event drew an audience of 23,000.

On Sunday, June 7, the Opera's production of the Stewart Wallace-Amy Tan The Bonesetter's Daughter will be broadcast on KDFC, 102.1 FM, beginning at 8 p.m.

What Is 'Standard Repertoire'?

No such thing anymore, says Financial Times music critic Andrew Clark, in an article titled "Is classical music trying to be fashionable?" The answer to that question is obviously in the affirmative. Just look at headlines in recent months, YouTube Orchestra, et al. "Standards" are changing with the times indeed:

There is no such thing as a repertoire fixed in stone. Classical music may not be subject to the "here today, gone tomorrow" fashions in clothing or pop; its timelines are decades-long, rather than weekly or yearly but it is just as prone to cultural shifts and trends. Taste in classical music is a highly complex reaction involving what audiences hear and respond to, what orchestras, conductors and soloists enjoy playing, and what happens to be available.

A century ago people only heard the live music of the day. They listened in the concert hall or bought a piano score and played it at home. There was a single tradition, which was subject to accretions that were rejected or developed, and which then moved on. It was like a corridor with a few rooms off to the side. Today we live in a house of many floors, accessible to everyone. Thanks to the internet revolution, you can click on any type of music from the past eight centuries within 30 seconds.

But changing times, evolving technology, and so on, don't necessarily override considerations that have always determined popularity and lasting values of 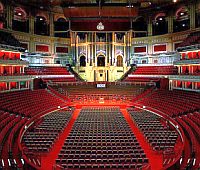 The ultimate judge of this or that symphony’s quality is not a weekly pop chart or a Classic FM playlist, but posterity. Great music rises above fads and fashions. It may have been written in a style that was fashionable at the time of composition (even Mozart and Wagner built on the stylistic precepts of their age) but it is music that people have wanted to play and listen to ever since.

One of the best indicators of what is popular and how far listeners' ears can be stretched safely is programming at the world's biggest and best summer music festival, the BBC Proms, available to thousands in the Royal Albert Hall, and to millions live on radio, TV, and the Internet. (No wonder this column has featured the Proms every year for the past decade.) Here's Clark's survey of the changing Proms:

In the pre-WWI period, the top 10 composers by number of performances included Gounod, Mendelssohn, Liszt, Saint-Saens, and Sullivan, all of whom, 100 years later, are lucky to get a single hearing in any Prom season (exceptionally, Mendelssohn gets a boost in 2009, the 200th anniversary of his birth).

Until the late 1960s Beethoven symphonies never had fewer than 40 performances in any five-year period. In the past five years there have been just 19. By the 1980s Sibelius and Tchaikovsky, previously popular, had been marginalized but Mahler and Bruckner, whose music barely featured in the first 60 years, had become a staple, reflecting a trend towards bigger, louder music. Since 2004 more Shostakovich symphonies have been played than Mahler or Beethoven. Youth orchestras and nonclassical western music are an increasingly visible part of the mix, another reflection of cultural trends.

Of course, the Proms are more than an annual popularity poll. Their role is to lead taste as well as mirror it. "If we were only subject to audience taste, we’d end up with a hall of fame of 20 pieces," says Roger Wright, director of the Proms. "A core gets repeated but we’re funded in part in order to allow us to keep the unfamiliar and the new in the mix."

'Elbphilharmonie' Rising Over the Elbe

Last year in Hamburg, I toured one of the world's largest and busiest ports, and watched the emerging phantasmagoric new home for Simone Young's Hamburg Philharmonic. The "Elbphilharmonie" is designed by the same Swiss firm of Herzog & de Meuron that's also responsible for the Beijing Olympics' Bird's Nest Stadium ... and San Francisco's new de Young Museum. 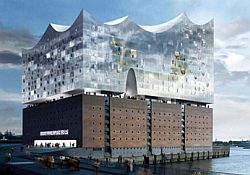 Today, instead of scores of huge Chinese freighters and hundreds of ships from around the world, Hamburg's ports are quiet, hit badly by the global recession. Still, the concert hall in the clouds will open on schedule in 2012. Meanwhile, in the rest of the city, an exciting new season is coming.

In various venues, mostly in the old (and somewhat decrepit) Laeiszhalle, there is a lineup of artists that should make any city envious. Gustavo Dudamel will show up with the Göteborg Symphony, performing Beethoven's Symphony No. 1, Nielsen's Symphony No. 4, and Mahler's Rückert Songs with alto Anna Larsson. Fabio Luisi is taking the Staatskapelle Dresden orchestra to Hamburg in February, playing (hometown hero) Brahms — the Violin Concerto, with Frank Peter Zimmermann) — and Richard Strauss' Also sprach Zarathustra.

Andris Nelsons conducts the City of Birmingham Symphony in March, and there will be a veritable Thomas Quasthoff festival a year from now, with the singer performing in six programs, ranging from the Mendelssohn Elias to a jazz-soul-blues recital titled "Tell it like it is."

The concert hall complex on the banks of the River Elbe (hence the name) is a wave-shaped, curved, and inclined glass structure built on top of a 40-year-old warehouse. Among other facilities, it will have a 2,150-seat concert hall and 550-seat chamber music venue. The large hall is built on the tried-and-true orthogonal concept of a shoebox space.

The program — led by Laurie Cohen, and featuring soprano Angela Cadelago — includes Ives' Crossing the Bar, Bloch's Poems of Autumn, Barber's Knoxville: Summer of 1915, and the suite from Copland's The Tender Land.

I meet with each of the contestants several times over the course of competition week, often driving them to and from events, to get an instrument repaired, sometimes just to get a milkshake or a burger between performances.

I'm amazed at the split and multiple lives they all lead — on one hand, skateboarding, playing video games, checking out the NBA finals, and text messaging their friends, doing everything that 15-23 year olds do. Talk can range from a favorite pair of sneakers to their pick for American Idol.

On the other hand, they are each consummate and oftentimes seasoned professional musicians, performing incredibly demanding works by

Bach and Beethoven, interpreting the Klein commissioned works, and carefully preparing their next performances while keeping their ears tuned to each of the competitors' rounds.

That is Larry Chung's experience of the Irving M. Klein International String Competition, of which he has been executive director for the past 12 years. Says Competition Director Mitchell Sardou Klein:

This competition was inspired by my father, Irving M. Klein, the cellist of the Claremont Quartet, and a devoted and inspiring cello and chamber music pedagogue. When he died in 1984, many of his colleagues and I searched for a suitable memorial to continue his belief in service to young musicians. Knowing that the Irving Klein Competition has become a permanent and respected part of the musical world gives us great personal satisfaction.

From a field of 62 entrants from nine countries, eight semifinalists are now vying for solo and recital appearances, with cash prizes, ranging from $1,500 to $14,000, to be applied to their education expenses. They include San Francisco-born cellist Meta Weiss, 21, a student of Norman Fischer at Rice University in Houston; and violinist Eunice Kim, 17, from Daly City, who studies with Wei He at the S.F. Conservatory of Music, and is also a member of the Formerly Known As Classical ensemble.