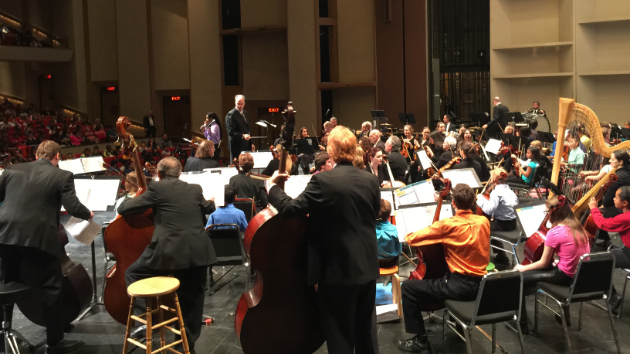 Against all odds, the Sacramento Philharmonic & Opera is coming back with a series of small, free concerts beginning on May 5. The schedule includes 10 to 20 “arts invasion” concerts held in bars, coffee houses, schools, streetscapes, museums, and possibly the airport.

Members of the Philharmonic who play regularly in trios and quartets will perform many of these concerts, which are paid for with a $57,000 grant from the Sacramento Metropolitan Arts Commission.

At the beginning of each week in this mini season, the Sacramento Philharmonic will post a list of performance venues on its Facebook page. As for the 2015-16 Resurrection Subscription Season, there will be 10 concerts beginning in June. The schedule is expected to be announced during this week.

The symphony’s good fortune, after several years of uncertainty and failure, reflects the strengthening local economy; a steady increase in both individual and corporate donors; a sympathetic mayor; a newly energized arts community — led by the likes of Lial Jones, director of the Crocker Art Museum — and, behind the scenes, a low-profile collaboration with a consultancy nicknamed “T3,” an abbreviation for a three-member “turn-around team.”

The team includes Paul Hogle, executive director of the Detroit Symphony; Bob Swaney, a fundraising and marketing expert: and John McCann, whose expertise is in organizational leadership and strategy development. The three have been gathering information to prepare a five-year financial and governance model to be presented in late spring. An interim report was submitted in early March.

Hogle added that the unions have been particularly constructive: “The tone is great; I find our conversations with them to be a source of fresh air.”

It was Hogle who suggested that Alice Sauro become the Philharmonic’s new executive director. Although without experience leading an orchestra, Sauro had been with the Detroit Symphony for 12 years, and much of that time served as the orchestra’s manager, responsible for both operations and the artistic side of the house.

The plan is to build a subscription base for classical and pops performances, with mix-and-match possibilities, and to build up to perhaps 20 to 30 concerts a year; although next year the number may be closer to 10. As for the opera, it will open its curtains in 2016. Venues have not been decided.

The gist of T3’s interim report is that the “product” must become a unique expression of Sacramento — not a cookie-cutter approach adapted from other cities with no likeness to Sacramento. That may mean Hogle has come to believe that the Sacramento arts community might be inspired by the way Brooklyn has established a cultural identity in the shadows of Manhattan.

However, he says, “The idea that Sacramento should simply fashion a model that’s a smaller, less-expensive version of San Francisco won’t work.”  Rather the goal should be to draw together people from the local community interested “in doing something unusual and of the very highest quality.”

“We’re finally ready to blossom,” the head of the alliance board, Laurie Nelson, told us the other day. “Instead of saying, ‘we’re close to somewhere else and that place determines our identity,’ we’re saying, ‘this is where we are; our identity is here; we are of this city.’”