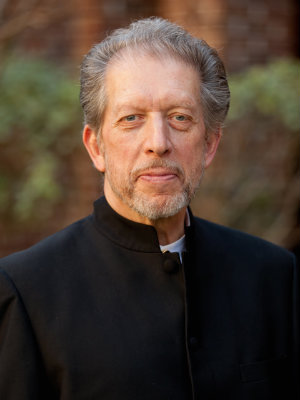 Orchestras looking to attract larger audiences are experimenting with the idea of a modular ensemble: more mobile, scalable, and open to playing a wider variety of music. That experiment is personified by the Bay Area's latest group, the California Sound Collective, which debuts on August 30.

The founding idea for the collective is to create a self-governing group that’s flexible in size and can play as either a small chamber ensemble or a full orchestra. Programming will include all kinds of music, not just traditional Classical.

The collective will debut with an informal chamber ensemble/chamber orchestra concert on Sunday, August 30 at 7:30 PM in the Community Congregational Church in Benicia. The 90-minute concert, with no interruptions, is free; although donations are encouraged. A reception in Fellowship Hall will follow, and the audience is invited to meet the musicians.

The program includes Gridlock, a piece by Dan Becker-Fade featuring 10 players; the soul in paradise (the first movement of Doug Opel’s Soul Settings Triptych for five players and speaker); Mozart’s Divertimento for Strings in D major, KV 136; two movements from a Tango Suite for harp and strings by Astor Piazzolla; and Jacques Ibert’s Divertissement, played by harpist Anna Maria Mendieta,

“It’s an interesting role for me”, says Ramadanoff, “because I am not the music director, but simply the conductor as needed and part of the artistic team. This offers a whole new perspective to me, and is quite enjoyable.”

The collective has been gathering ideas about how to develop itself from various sources, including the Louisiana Philharmonic, one of the few other orchestras in America that’s also self-governed. The philharmonic was drawn out of the ashes of the New Orleans Symphony

Ramadanoff also points to the writings of Michael Kaiser, whose most recent book, published earlier this year, is Curtains? The Future of the Arts in America. “The question really is how do you begin to attract the interests of people whose first thought is not ‘let me go to a classical music concert tonight.’” — David Ramadanoff

What’s become more and more apparent, notes Ramadanoff, is that everyone is working long hours, everyone is besieged by the media, and along the way people seem to have lost their attention spans. “The question really is how do you begin to attract the interests of people whose first thought is not ‘let me go to a classical music concert tonight.’”

The answer is with smaller venues and smaller doses, mixed with larger doses, and concerts that can be presented in any location and include anywhere from two players to 100. The more diverse programming, the better. But perhaps most important is the notion that music must come to the audience, not the other way around.

To that end, the collective is reaching out to local communities such as the city of Richmond and the Arts and Cultural Commission of El Cerrito to see if they would be interested in having the collective play in their community. The initial response has been positive.

“So now we need to put infrastructure underneath this organization we’re building,” says Ramadanoff. “For example, we need to figure out how to bring players in.”

Financing is naturally the big question, and Ramadanoff says the way to start is just to put the group out there and see what happens: “Come hear us, listen to the quality of what we have to offer, and hear the variety of music we’re bringing to you. Look at the totality of who we are.  Are you interested? If you are, then spread the word.”