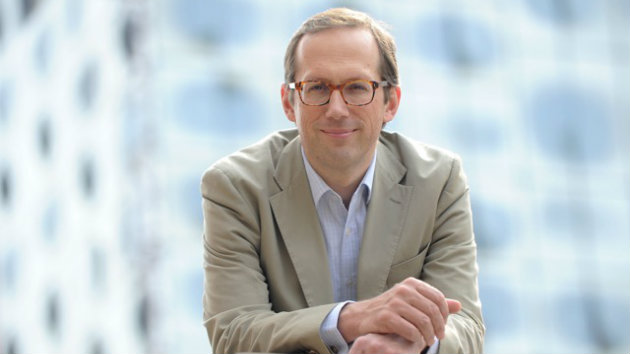 Germany is well known for its brass-knuckles approach to austerity programs, especially for its less well-heeled, profligate neighbors. But in the last several years the country has suffered an embarrassing series of infrastructure debacles that suggest the need to look in the mirror.  The best known of these boondoggles are the Berlin-Brandenberg Airport, the Stuttgart 21 train station, and the Elbphilharmonie Concert Hall in Hamburg.  All have run grossly over budget and are years behind schedule.

The Elbphilharmonie, designed by Swiss architects Herzog and de Meuron, may well become Hamburg’s most prominent signature, and certainly will be its tallest building.  It’s located at the western end of the upscale HafenCity district along the Elbe River, and includes 45 luxury apartments, a five-star hotel, numerous practice rooms and a stunning concert hall for an audience of 2,100. The new structure, built on top of an old warehouse, was started in 2007 and scheduled to open in 2010.  It’s now set to open in January 2017.  Already, however, there are complaints, including sound proofing in the apartments.

The General and Artistic Director of the Elbphilharmonie and Laeiszhalle is Christoph Lieben-Seutter, a Viennese initially trained in software engineering.  He later worked in a marketing firm and went on to become an assistant to the director first at the Vienna Konzerthaus and then at the Zurich Opera House. He is also President of the European Concert Hall Organization (ECHO).

He’s now in the awkward position of having to lead a much-criticized project, yet one that holds great promise and might be a model for concert halls in the future.

Recently, we corresponded with Lieben-Seutter by email to get a European perspective on audience development.

In other interviews he has talked about the changing interaction between audience, artist, and presenter:  “The concertgoers of the future will transform from passive consumers to co-designers, through social networks, they can follow the development of an artist, recommend concerts and with the new concert formats, also directly and creatively have influence on the event. Concerts will become shorter and much longer and contain more visual elements. Furthermore, a large portion of the concerts will be experienced directly, live on the Internet.”

He went on to say, in the same interview, “This is the reason why we must provide even more, and not only musically and artistically but also in the area of customer service: How easy is it to purchase tickets? Can one get an excellent espresso in the intermission? How is the atmosphere in the auditorium or in the foyer? Such factors play an important role for the decision to visit a concert.”

This is an edited version of our correspondence.

When the hall was conceived more than 10 years ago, the goal was to improve the economic viability in comparison to the Laeiszhalle, Hamburg's historic philharmonic hall with 2,000 seats, out of which 500 have very bad view of the stage. In the end, the given footprint of the Elbphilharmonie in combination with the acoustical requirements by Nagata Acoustics allowed for the final plan of 2,100 seats. With its vineyard architecture and steeply rising seating, the hall still feels very intimate. 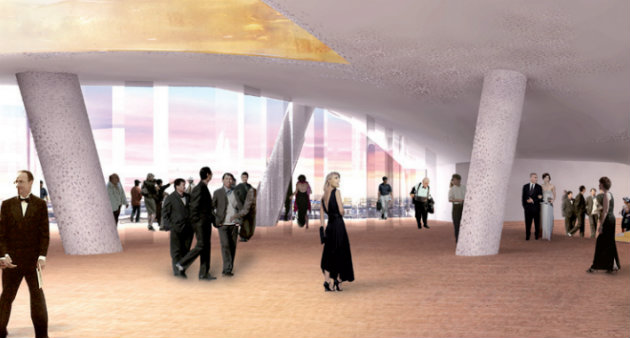 In a description of a “partnership between equals” the Elbphilharmonie’s solicitation notes that the EP offers companies “a wide range of possible ways of co-operation that can be custom tailored to your individual needs and objectives.”  I wondered what those might be, and whether you might have adopted any marketing approaches from sports franchises.

We learned a thing or two from soccer marketing, regarding brand building and CRM. The possibilities for sponsoring cooperation beyond the classical model are somewhat limited, because of the way the Elbphilharmonie building project was set up and contracted. The city of Hamburg was looking for one single contractor for construction, facility maintenance and involvement of commercial partners for hotel, restaurants/catering, parking, etc. The building project would have offered good possibilities for joint product development since it features exclusively developed state-of-the art solutions by several top suppliers of building technologies. However, being in a niche b2b market, interest for Sponsoring has been limited.

In an interview, included in the EP brochure, you talk about how the building’s design will “yield a whole spectrum of events we haven’t even thought of yet.” I wondered what you might be referring to.

When I made this statement a few years ago, I had in mind the challenge of programming a hall that doesn’t exist yet. All the construction plans and computer-simulated renderings are only of very limited help if you want to understand and get a feeling for the new spaces of this very unique architecture.

Inasmuch as this project began with a certain level of technology, is the overall design organic enough to allow for new technologies?

I wondered about your views on this idea of “audience sovereignty” and the “sacredness” of the symphony is being dismantled.

Technology is essential for providing access, information, and for building relationships with the audience. At the Elbphilharmonie, the main communication channel will be mobile devices like the iPhone. However, it should be used before and after, but not during the performance. Not only is it still considered rude and disturbing by most of the European audience. Being an iPhone-addict myself, I know how distracting it can be.

We are offering all kinds of educational programs, introductory information on- and offline and streaming of events. Artists are encouraged to address the audience, but we strongly believe that the performance itself should not be interfered too much. Written program notes are fine but offering them for online use during the performance or providing real-time information through sophisticated apps take too much attention from the live experience. And once the iPhone is switched on, it’s too tempting to turn to Facebook, check e-mails or do a million other things.

People are not using their iPhones in the cinema, theatre, in the church or during their yoga class. To encourage the use in classical concerts will not attract more audience but will weaken the experience. Instead of trying to make classical music more “digestible“ we should promote its strengths, like the spiritual, emotional, and intellectual depth of timeless masterpieces, the intensity, the great sound, the long duration.

Since last year, the Konzerthaus Dortmund runs the campaign "Stell Dich der Klassik“ or "Face classical music,” telling customers that classical music can be complicated, might need more effort to get into, but that this effort will be rewarded with unique experiences. Feedback has been great so far.

By the way, on a recent trip to smartphone-crazy China, I was puzzled to learn that concert halls in Beijing and Shanghai are not only cutting mobile phone access during performances. Their staff uses laser-pointers to “point and shame“ people in the audience who switch on their smartphones! 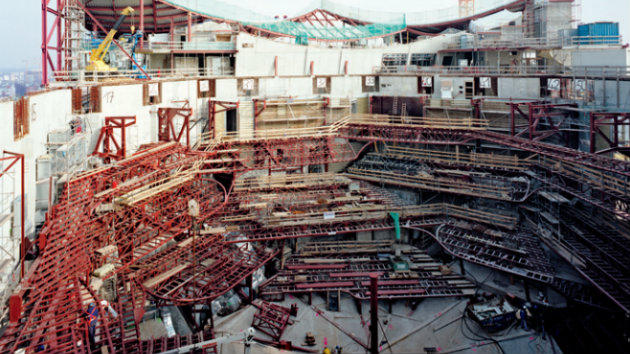 Regarding the difficulty the Elbphilharmonie has endured, what is the future?

The Elbphilharmonie was approved in 2006 by the Hamburg state parliament for total project costs of 348,6 million Euros ($395m). It will be finished next year for 865,6 million ($982m) – about 2.5 times over budget. The initial plan was to open in September 2009. After years of heavy disputes between the City of Hamburg and the construction company, contracts were restructured in 2013. Since then, the project is on track and will be finished in time and (updated) budget for the opening in January 2017.

With the controversial and difficult days hopefully behind, Hamburg citizens are looking forward to the opening with rising expectations. Being the new landmark of Hamburg and one of the most iconic buildings in Germany, the Elbphilharmonie is expected to draw millions of visitors per year. While some of those visitors will not only want to see the building but also buy concert tickets, the main focus of our work is to enlarge the Hamburg audience by offering a great and varied program in a contemporary and inviting setting. There are good examples in Europe where the combination of great new architecture and consistent concert programs and services have generated a new (and younger) audience.