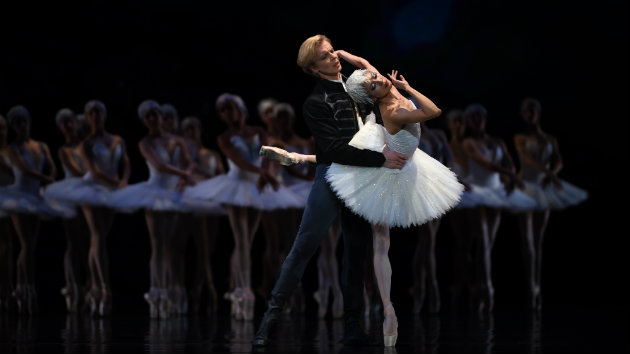 Helgi Tomasson’s Swan Lake, spending a week in repertory at the War Memorial Opera House after a six-year absence, had a great Sunday afternoon. The matinee’s Odette/Odile, Mathilde Froustey, was a refined white swan (that’s Odette), and a fiery black one. Her line and demeanor, her carriage and her steps were lovely to behold. Her partner, Luke Ingham, was supportive and, in his solos, high-leaping and precise. The corps de ballet’s unity was nigh-astonishing. Conductor Martin West did a terrific job.

But this Swan Lake, choreographed by the artistic director in 2009, is not without its problems. This is the third version San Francisco Ballet has produced: The first was Willam Christensen’s in 1940; the second was Tomasson’s in 1977. No reason not to keep tinkering with an iconic ballet, especially one that attracts so much attention from the audience.

The current version really does have some breakaway moments. It adds a prologue that shows Rothbart abducting the young woman Odette, and it’s a downright creepy moment. The audience is not usually a party to what has gone before. So we share in a libretto that makes Odette/Odile more of a woman and less of a swan.

As such, she isn’t doing all of the swanlike gesticulation of the traditional Petipa choreography. In her first encounter with Prince Siegfried, instead of distressed fluttering, she immediately takes him into her confidence, the better to talk his ear off — not literally, but miming to beat the band. “I was a princess by a lake and that horrible Rothbart kidnapped me and now I cry all the time.” It’s a sad story, but told through the desperation of winglike arms it’s a heartbreaking one.  Well, it could be argued, if Odette is a captive human, it’s fitting that she’s dancing more like a human. But it’s not as pleasing to these eyes. 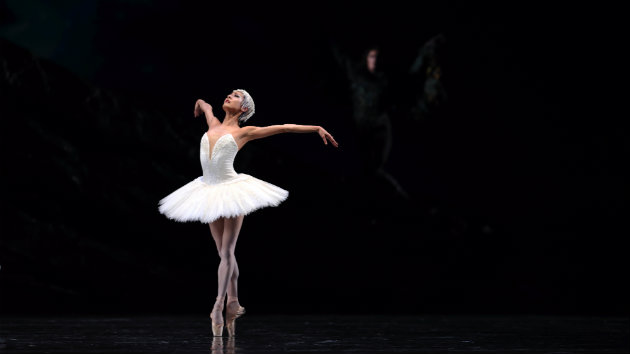 It is wonderful that the best-loved Petipa-Ivanov choreographies of the ballet are still lovingly and beautifully maintained, most terrifically the Black Swan pas de deux, which on Sunday showed off Froustey’s enactment of Odile’s treachery as well as the ballerina’s fiery technique in the requisite 32 (or maybe more; that’s how fast she was) fouettés. In the lakeside scenes, apart from the lovely and energized unity of the swan corps, the crisp footwork of the four cygnets or little swans — Ellen Rose Hummel, Lauren Parrott, Julia Rowe, and Emma Rubinowitz — was charming; so too the precision of Swan Maidens Kimberly Braylock-Olivier, Ami Yuki, Dores Andre, and Rebecca Rhodes.

And at the end of the ballet, when love conquers the evil Von Rothbart, and Odette and Prince Siegfried share their moment of apotheosis at the mountaintop, she’s no longer a swan. She’s wearing a dress like the one she wore in the prologue. It’s quite jarring. They look like any other happy couple, ready to leave on their honeymoon, or something.

Speaking of the moon, you’ll never see a larger one than what scenery and costume designer Jonathan Fensom created. As lit by Jennifer Tipton, it’s gorgeous and dominates the ballet; you’ll want to take it home with you. The lake, however, seems to have vanished in Fensom’s designs. Instead there are craggy rocks for Von Rothbart to glower from. Sean Bennett, a corps dancer, was evil personified, fittingly aggressive up to his final vanquishment.

Other aspects of Fensom’s creations are also problematic; the twin-helix golden stairs in the second-act ballroom are still too obtrusive for all the dancing that goes on there, and they look like they belong in Vegas. So too his inconsistent costumes and headdresses, a jumble of periods. The dancers in the first-act pas de trois did wonderfully, but Isabella de Vivo and Norika Matsuyama (dancing with the superb young corps member Wei Wang) would have looked better if they weren’t confined in empire-waisted nighties. And the cloche-like headpieces for the swans in the corps de ballet, instead of the traditional feathers, look like silly 1960s bathing caps.

This Swan Lake veers in design between medieval and modern, a case of reaching for both worlds and attaining neither. By extension, then, its strange, strained boundaries between swan and human are simply part of the picture.