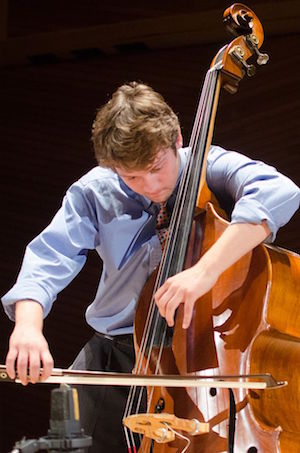 Double bass, rarely a solo instrument, was triumphant at last weekend’s Irving M. Klein International String Competition as 19-year-old William Langlie-Miletich won the top prize, the first bassist in the competition’s 31 years to place ahead of violins, violas, and cellos.

Four finalists advanced from among the nine semifinalists who performed on Thursday. Second prize went to cellist Coleman Itzkoff, 23; third prize to violinist Alina Kobialka, 19; and fourth prize to violinist Evin Blomberg, 22. The first prize of $13,000 also guarantees performances with the Peninsula and Santa Cruz symphonies, the Gualala Arts Chamber Music Series, Music in the Vineyards, Noontime Concerts, and others.

The dean of West Coast bass players, San Francisco Opera and San Francisco Ballet veteran Shinji Eshima, who teaches the instrument at the S.F. Conservatory and in Moscow, says he is greatly pleased to have heard about Langlie-Miletich’s “soulful, expressive musicianship, which somebody called ‘old school.’” Eshima — busy instrumentalist, teacher, composer — missed the finals, but he recalled his own early experience studying the bass. “[It was] back in the 70s at Irving Klein’s summer program of at Notre Dame in Belmont, and it gives me great pride to see his name bring forth great musicians of any string instrument.”

Langlie-Miletich got his start in music at the age of eight playing the riffs of Jimi Hendrix and Led Zeppelin on the guitar. Since picking up the double bass at the age of 11, he has had an extensive performance career in classical, jazz, and various popular genres of music.

The young musician has soloed with the Seattle Symphony and has been a fellow at the Aspen Music Festival and School, where he performed on NPR’s From the Top. He attended Boston University’s Tanglewood Institute, was principal double bass of the Seattle Youth Symphony, and associate principal of the inaugural National Youth Orchestra of the United States of America on its tour of Washington, D.C., Moscow, St. Petersburg, and London.

As a jazz bassist, he was recognized in 2014 at Jazz at Lincoln Center’s Essentially Ellington contest, and performed at the Montreux, Lyon, and Umbria jazz festivals. Admitted to the Curtis Institute of Music in Philadelphia at age 16, Langlie-Miletich has been named a Milton Levy Fellow.

Mitchell Sardou Klein, artistic director of the California Music Center and founder of the Klein Competition, which honors his father, said:

I am pleased to say that the four finalists proved to be as brilliant and diverse as hoped, resulting in final performances as fine as we have ever experienced at the Klein. The first prize winner, a student of Edgar Meyer and Harold Robinson at the legendary Curtis Institute in Philadelphia, performed works by Bach, Brahms, Bottesini, and the composer of the commissioned works at the competition, Giancarlo Aquilanti, captivating the audience and the jury.

The jury for this year’s competition included Aquilanti, Janet Horvath, Jodi Levitz, Melvin Margolis, Donna Mudge, Amy Schwartz Moretti, Ian Swensen, and Margaret Tait. This is the first year the Klein Competition has taken place at the S.F. Conservatory of Music, which is now the event’s co-sponsor. 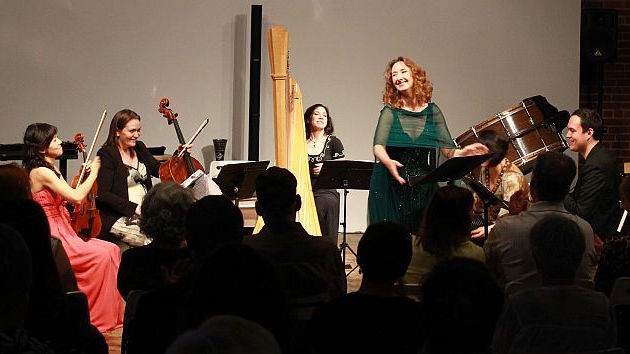 Flutist Ray Furuta, founder and artistic director of Silicon Valley Music Festival, has prepared for the event’s fifth anniversary, June 22–25, by relocating to his hometown of San Jose after spending the past seven years in New York:

I’ve been ready to make this move for a while now. It will be the first season that I’ve been in the area full time and for the first time, I feel that we have begun to truly contribute to the cultural life and vibrancy of San Jose and Silicon Valley. I am ready to be an artistic leader here, among other great visionaries, and I feel enabled to move forward with our mission of reaching new audiences and building a stronger organization that brings national acclaim to our city.

Bolstering that ambitious claim is the fact that even during the years of part-time local residence, Furuta had great success with the festival. Now, besides a rich program presented by some well-known Bay Area musicians, the upcoming event will also launch Furuta’s year-round Young Artist Program with a roster of 15 young local musicians.

Following an intensive audition period, Furuta’s Chamber Music Silicon Valley (CMSV) selected the young musicians who will represent the organization throughout the year while receiving many performance opportunities, coaching from CMSV artists, and mentorship in professional development. Their training will foster skills in fundraising, branding/marketing, stage presence, public speaking, and more.

Highlights of the festival, held in Santa Clara’s Triton Museum of Art, include: 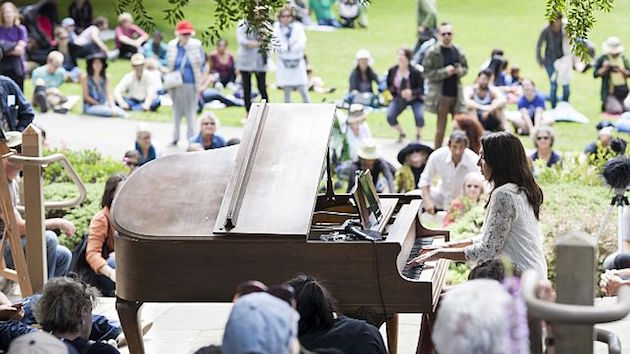 There will be a dozen pianos placed in the San Francisco Botanical Garden for a 12-day event called Flower Piano. The instruments will played by professional musicians, but will also be available to the public.

The reprise of the public-piano project reminds one participant/audience member that last year’s event was special, indeed. “[It was] quite amazing to wander through the garden and find everyone from grandmas to children playing tunes, and people gathered around in droves to appreciate their talents; many arrived with sheet music and blew us away with their talent.” 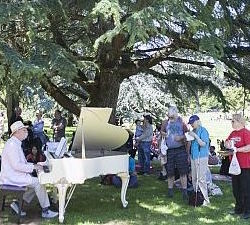 In fact, some of the amateur players were asked by event organizer Sunset Piano to join the roster of professional performers for the weekend performances. Pianists such as Sarah Cahill (with violinist Kate Stenberg), Allison Lovejoy, Serene Han, and Alex Conde will play al fresco at weekends during Flower Piano days, July 7–18.

Special events this summer include the 80-piece Awesöme Orchestra, whose hybrid open rehearsal and performance sessions invite audiences to interact with musicians and experience how music is made.

Also new: a chance to participate in a sing-along, from Motown to show tunes, with Community Music Center Choir Director Billy Philadelphia; piano duets in the Zellerbach Garden of Perennials; performances by the Sunset Piano founders on unique instruments made from piano parts; and family-friendly activities with the costumed performers of Rabbit Hole Theatre. See the Garden website for the complete program of events.

Established originally in 1940 as the Strybing Arboretum, the Garden is a partnership of the San Francisco Recreation and Parks Department and the nonprofit San Francisco Botanical Garden Society. All Flower Piano events are included in general admission ($6 to $8), but the Garden is free for San Francisco residents.

Sunset Piano founders and Flower Piano organizers Dean Mermell and Mauro ffortissimo (that’s his name) are enthusiastic about the project. Mermell says: “We’ve started calling this the world’s first interactive music festival. It’s a new paradigm that dissolves the line between performer and audience. So much of the magic is in the appreciation of the talents of all the people who are your neighbors, accountants, mechanics, grandmothers.”

Ffortissimo adds: “To have this all happening in a place of flowers, birds, native plants — it’s absolutely music in a visual sense. For us pianists, being in a garden like this one just makes you want to play with that much more gusto.” 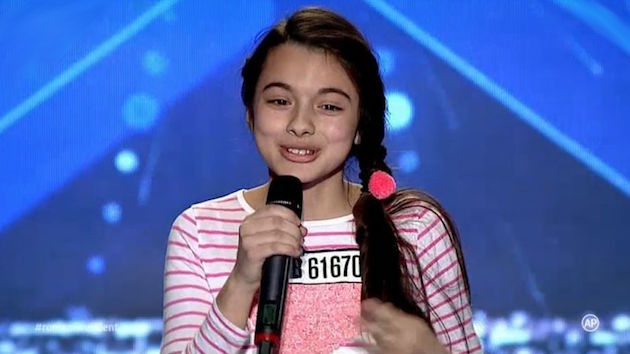 Read the Liberated Voice essay about Laura Bretan, which describes “the earnest, adorable 13-year-old who elicited a standing ovation and a shower of gold confetti with her performance of ‘Nessun dorma’ on America’s Got Talent ... and the alarmed reactions of those who understand how much training, skill and artistic maturity is required to perform a Puccini aria.” San Francisco soprano and voice coach Heidi Moss is also quoted in the article.

The Association of California Symphony Orchestras (ACSO) will be led by Mitch Menchaca beginning in September when the current executive director, Kris Sinclair, retires after 31 years on the job. Sinclair will receive the League of American Orchestras’ highest honor, the Gold Baton, at the League’s national conference in Baltimore, June 9–11.

Menchaca comes from Chorus America, where he was CEO of the organization of more than 2,000 professional, volunteer, symphonic, and children/youth choruses. Prior to that, he was the head of local arts advancement at Americans for the Arts, where he designed and executed programs that provided support and resources to 5,000 local arts agencies across the United States.