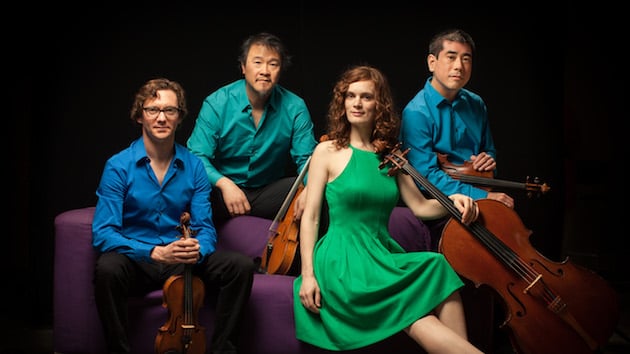 “Now musicians want to be participants!”

This was the proud proclamation of board member Robert Kendrick about the spirit manifest at the ninth annual Switchboard Music Festival for all eight hours of the event last Saturday at the Brava Theater in San Francisco’s Mission District.

Less obvious was what the dozen performances might claim in common, or what constitutes the “Music” in the festival’s title. But variety may indeed be the vital spice in these fringe artists’ lives, much as is salsa in the burritos abounding along the commercial strip just outside the Brava’s doors. I sampled most of the acts during various parts of the program. 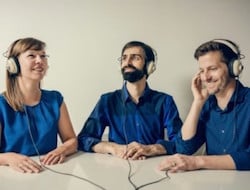 The festival’s first early afternoon serving, a rare revival of the late Julian Eastman’s Stay On It (premiered in 1973), popped with polyrhythms and Latin figures which fit the neighborhood. The nine-member combo of self-described “Switchboard all-stars” rocked and swung through a suite of joyous moods, occasionally vocalizing the title and eliciting screams, growls, squeaks, pings, and plunks from their strings, horns, woodwinds, percussion, and piano. The presence of co-directors Annie Phillips (bass clarinet) and Jeff Anderle (clarinet) signaled the participatory,  friendly tone of the festival, and the majority of the other all-stars reappeared in their own ensembles throughout the day and evening. Co-founder and executive director Ryan Brown handled introductions, and names of artists and compositions were projected on a screen above the performers.

Vocalist Majel Connery and laptop programmer Ken Ueno assembled a very different second act, with cooperation from The Living Earth Show: drummer Andy Myerson and guitarist Travis Andrews. It started as a sort of minimalist drum circle, or triangle, punctuated by occasional screams in the aisles. Connery proceeded with haunting, Björk-like vocals, with Ueno, Myerson, and Andrews working a set of avant-rock songs, constructed along familiar verse-and-chorus lines. Most of the lyrics, alas, were unintelligible. 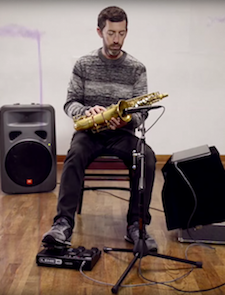 After a break, I caught the tail end of Aram Shelton’s set showcasing the sounds his alto saxophone makes when he’s not blowing through it, as he had been on the festival opener. As Tonal Masher (an anagram of his name), he removes the instrument’s mouthpiece, places it on its side, places a microphone in its bell, and manipulates the amplified feedback, to the effect of fascinating, if not very dynamic, polyphony.

The Religious Girls seemed neither girls nor particularly religious, unless their place of worship was a soundproofed garage. Brown, in fact, advised sensitive audience members to purchase earplugs, on sale alongside artists’ CDs in the lobby. Christopher Danko, Luis Gutierrez, and Nicholas Cowman combined synthesizer, samples, and very loud drumming, in something like an electrified powwow, complete with chanting and looped Steve Reichian utterances. 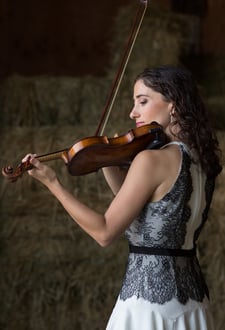 Contrast came in the person and performance of violinist Alisa Rose, who appeared in a previous festival as a member of the Real Vocal String Quartet. Her set of original solo caprices allowed the audience to remove the earplugs and enjoy Rose’s impressive array of pizzicato patterns and techniques, with which she sometimes sounded enchantingly Celtic, sometimes cutesy neo-Americana. Her intonation displayed classical-level virtuosity, and on her “Tango Caprice” she effectively showcased the purposefully percussive, sometimes scratchy bowing demanded by that South American genre.

The Del Sol String Quartet arguably secured one of Switchboard’s two best connections this year between classical and avant-garde. Their early evening set of compositions by Mason Bates and Daniel Wohl was overall charming and delightful, with generally tasteful use of prerecorded electronics alongside violinists Benjamin Kreith and Rick Shinozaki, violist Charlton Lee, and cellist Kathryn Bates. Wohl’s Shapes were rather shimmery, chimerical, and ambient, in somewhat Asian modes. Bates’s On a Wire sashayed back to America, with bluesy pizzicato and infectious close harmonies on the high strings. The same composer’s Scrapyard Exotica was the title of the ensemble’s Grammy-nominated release last year, and here presented a fascinating fusion of romantic and gothic, once again proving Bates a master of melody. His Rough Math had the quartet excelling as exponents of movement through complex time signatures with near-perfect intonation, against prerecorded snaps, crackles, pops, and foot-stomps. Wohl’s Formless, which closed the set, evoked a slithery swamp creature, but a rather pretty one, bemoaned by Lee’s viola. 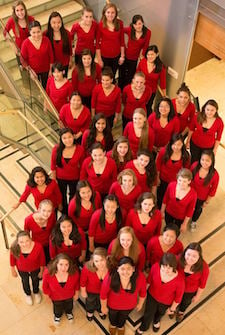 The other clearly classically credentialed act, and the largest of the festival, was a select group from the San Francisco Girls Chorus, under Valérie Sainte-Agathe, whose graceful but dynamic style of conducting — deploying fluid arms and hands but no baton — was lovely to witness. They illuminated Philip Glass’ folksy Father Death Blues with fascinating juxtaposition of solo, section, and full ensemble. Herring Run, by Carla Kihlstedt, came off as both mesmerizing and dramatic. Timo Andres’s Comfort Food worked as a sort of expanded list aria, the chorus amusingly stuttering their way into “Nutella” and rendering “Ramen” as a holy affirmation. Challenges of the harmonic eccentricities and off-kilter meters of this piece were met and in no way diminished its deliciousness. Final Answer, by Theo Bleckmann, was not so ear-friendly, but proved yet another showcase for the chorus, with collective wah-wah effects, sustained minor seconds, and an affecting soprano-alto sway. Functioning as a sort of fun encore was Merideth Monk’s Panda Chant, which got the girls stamping their feet, clapping, and ululating. 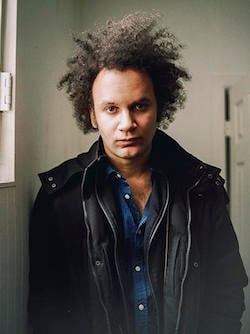 Tyondai Braxton had been billed as festival headliner, and was accorded a full 45 minutes for his performance, with house lights completely down. His instrument, positioned front-and-center on the stage on a table, came closer than anything to embodying the festival’s name, sprouting a dense outgrowth of wires and an array of colored lights reflecting off the visage of its creator in the dark. How Braxton chose the sounds he’d prerecorded and how he mixed and manipulated them with the device should maybe remain a mystery, but the sonic effect was indelible. It sounded at first like an amplified sixty cycle hum, burgeoning later into buzzes and whinnies, and a series of repeated patterns eluding musical categorization. Further into the extended set, there was an urgent, protolinguistic exchange, and what could have been a series of pronouncements in Klingon. But there were also familiar suggestions of tropical felicity, disco indulgence, flamenco passion, and a rather lovely foghorn warble, along with a sustained jet engine roar. Perhaps these were infernal machines singing to us, or a galactic chorus, ready to blow our minds, if not our speakers.

But whatever it was, it effectively closed out a sui generis festival, and sent us back into the world ready to listen.