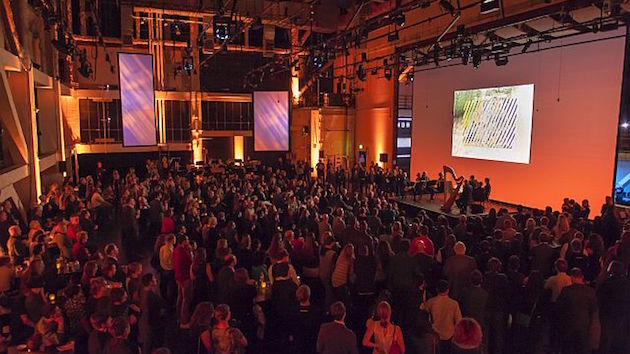 Born in 2014, San Francisco Symphony’s experimental, adventurous, out-of-concert hall SoundBox will have a third season, with yet another important feature: a preponderance of American composers. The Symphony announcement, published last weekend, says S.F. Symphony Music Director Michael Tilson Thomas will lead off the series on Dec. 9–10 with a program dedicated to Lou Harrison, a leading figure among “American musical mavericks,” who received such loving care from MTT especially at the beginning of his San Francisco residence. 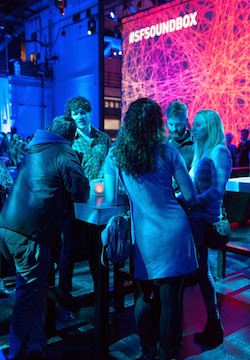 The much needed attention to American composers and contemporary works continues at SoundBox beyond the Harrison program with a powerful slate: Leading and curating the other concerts are Mason Bates and Edwin Outwater on Jan. 20–21; John Adams on Feb. 10–11; MTT on March 10–11; and SFS principal trombone Tim Higgins on April 14–15.

The opening program, a centennial celebration of Harrison (1917 – 2003), will combine performances with audiovisual and documentary film presentations, MTT’s personal commentary, and explorations of Harrison’s handmade instruments and visual art. The music follows a chronological arc from the 1939 version of Kyrie from Mass to St. Anthony to the Concerto for Organ with Percussion Orchestra — a work which MTT and the SFS recorded during the 2012 American Mavericks Festival and released on SFS Media.

He is a Bay Area icon who personified the kind of creativity, brilliance, and political and social activism that identifies the American avant-garde. Not only a gifted composer, Lou was a Renaissance man who merged Eastern and Western sensibilities and infused them into his work as a musician, instrument builder, painter, dancer, and calligrapher. Lou’s was a generous, warm spirit, and he was a man who spent his life using his talents to advance the work of other artists as well as the causes that were important to him. 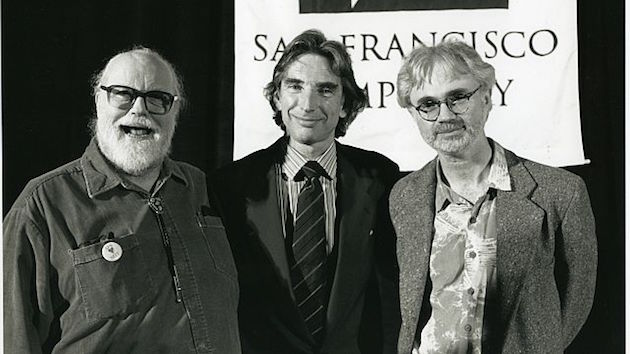 A student of Henry Cowell and Arnold Schoenberg, Harrison was a champion of unconventional composers such as Charles Ives, Edgard Varèse, Carl Ruggles, and Alan Hovhaness. Harrison was fascinated with Asian music, and often incorporated the sound of the Javanese gamelan into his works. Additionally, he and his partner William Colvig constructed an “American gamelan,” a tuned percussion ensemble made of resonating aluminum keys and tubes, oxygen tanks, and other found objects. In addition to composing, Lou Harrison was a co-founder of the Cabrillo Festival in Santa Cruz, California, a music critic for The New York Herald Tribune, a professor at Black Mountain College, a composer-in-residence at San Jose State University, and a passionate political activist in support of pacifism and gay rights.

Within the orchestra’s subscription season, S.F. Symphony continues to celebrate Harrison June 23–­25 with performances of his Suite for Symphonic Strings in Davies Symphony Hall, conducted by MTT.

Highlights of the other SoundBox programs include: