With his life cut short by syphilis at the age of 31, Schubert died with a host of compositions unperformed and unpublished. For their joint San Francisco Performances recital in Herbst Theatre on the eve of March 17, tenor Mark Padmore and pianist Jonathan Biss explored two of those major works, the Piano Sonata D. 959 and the 14-song collection which was published under the arbitrary title, Schwanengesang (Swan Song).

As Padmore noted in his brief spoken introduction to his performance, the common theme of longing (sehnsucht) may unite the quasi-song cycle. But no amount of physical and emotional pain could stop Schubert from pouring out melody after melody that, when taken out of context or whistled without words, can sometimes seem deceptively joyous. Not only are the songs strophic in nature, with, for the most part, only mild variations between verses, but they are also enormous in their emotional compass. Any artist who undertakes to sing all of them without break must convey a host of primal emotions, from the intimate tenderness of “Liebesbotschaft” (Love’s message), the first of seven settings of poet Ludwig Rellstab that begin the collection, to the agony of the big-boned “Der Atlas” (Atlas) and the terror-filled realizations of “Der Doppelgänger” (The phantom double), two of six settings of poems by Heinrich Heine that lead to the final song.

Padmore, it must be said, had to work hard to bring all of this home. With Biss, who had ample opportunity to shine in the solo sonata that began the program, providing selfless support that never drew undue attention, Padmore began light. To Biss’s liquid pianism, the opening “Liebesbotschaft” was quite lovely, although the final words that asked the brook to bring the lover sweet repose were a bit louder than ideal.

Soon, however, several aspects of Padmore’s otherwise impeccable vocalism grew troubling. The first was the tendency to imbue any number of high notes with a sweet, English choir boy-like sound that was not always suited for the emotions of the text. When Padmore opened up the voice fully on high, as he most certainly did in “Der Atlas,” all made sense, but not when he sang softly.

Sometimes, in fact, as in the third song, “Frühlingssehnsucht” (Spring longing), his reliance on uncommonly sweet highs could border on affectation. Even lieder singers prized for the radiant sweetness of their high range — the irreplaceable Elisabeth Schumann, who could never have sung convincingly the weightiest songs in Schwanengesang, comes to mind — chose to invoke it sparingly, where it made sense, rather than throw golden highs around like they were bread crumbs. (If your point of reference tends to be opera singers, think Montserrat Caballé or Beverly Sills, and the brilliance with which they chose to emit high tones that tore at the heart.)

The other problem was that when Padmore put weight on the voice and sang loudly to express anguish, he frequently sounded inappropriately vehement, even angry. Sometimes this worked quite well, as in the song “In der Ferne” (Far away). There, save for misplaced sweetness on the word “blinkender” (twinkling) in a phrase that conveyed hopelessness, his tone was perfect for expressing suffering and pain. (Biss’s dramatic conclusion, it should be noted, was equally ideal.) And while his “Der Doppelgänger” may have lacked the unforgettable hollowness of tone and sheer horror that Lotte Lehmann brought to it, Padmore rose beautifully to its final challenges to deliver a near-overwhelming tour-de-force. 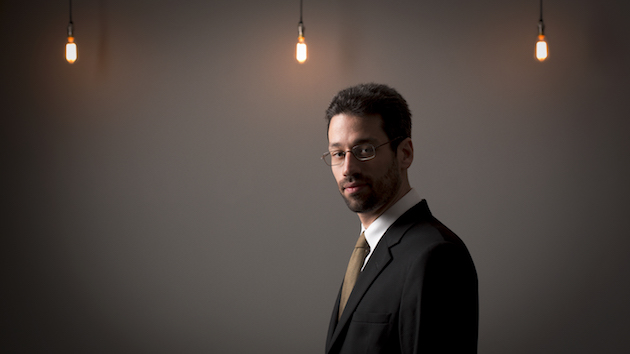 There were some totally convincing performances, to be sure. “Abschied” (Farewell), to Biss’s pronounced clip-clopping horse, beautifully conveyed the sense of moving on. The familiar “Ständchen” (Serenade) was a revelation — fresh, involving, and anything but hackneyed. And technique, voice, and emotion seemed to meld into artistic unity in the final songs. But Padmore’s voice was not only too shallow at the bottom of the range to convey all the drama of “Aufenthalt” (Resting place), where he once again crossed the line from inner anguish to anger when the voice grew loud, but also not weighty enough to fully convince in “Der Atlas.”

Everything came together in the ultimate song, “Die Taubenpost” (Pigeon post), where longing for the beloved assumes the metaphorical shape of a faithful carrier pigeon. Padmore sounded almost pathetic at the start, with the intentionally slowed pace of the song ensuring that the interpretation would never lapse into playfulness. Hi sweet tones also worked perfectly, conveying emotional fragility and deep-seated hurt. It was one of many times in the evening where the tenor touched upon greatness.

At the start of the concert, Biss did likewise in the soft passages of D. 959. Each was a special event, with high notes conveying volumes with their ringing beauty and intimacy. The louder and most virtuosic passages, however, sometimes seemed unduly cluttered, and did not always convince. Surely Schubert’s numerous emotional shifts were fascinating, and his irrepressible songfulness winning. But when, in Schubert's music, his heart opened, Biss did not always take ours with it.