Ensemble for These Times

The Ensemble for These Times (E4TT), a new-music chamber group, takes its name from a poem written by Mascha Kaléko (1907-1975). She was Polish and Jewish born in a “gossip infested” town in Galicia, and then, from age 12, brought up in Berlin. One of her noteworthy poems is “In dieser Zeit”, which could be translated as, “In This Time,” or “In These Times.” 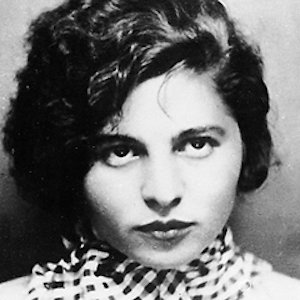 In 1938, with National Socialism biting at her heels, she and her second husband made their way to Manhattan. Success was elusive and so, in 1959, the Kalékos moved to Jerusalem where they remained “in exile” for the rest of their lives.

Kaléko, a somber-eyed beauty, wrote these lines: “I ate the greening fruits of longing/ Drank from the water that causes thirst./ A stranger, gone mute before unopened realms,/ I chose love to be my homeland.”

E4TT was formed in 2007/2008, initially under the name of the Jewish Music & Poetry Project, but then in 2015 recast itself. The group’s mission is to explore, through 20th and 21st-century music, artistic and historic links to World War II. In the late fall of 2015, the group took up a suggestion to consider the 80th anniversary of Guernica, both the painting and the event — the event was the carpet-bombing, with incendiaries, of a small Basque town during the Spanish Civil War. The attack began in the early evening of April 26, 1937 and lasted just 15 minutes. Waves of mostly German planes took part. The town, particularly the marketplace, was flattened. According to the Basque government at the time, 1,654 people were killed. Historians now say the dead numbered closer to 300.

A month after the attack, Pablo Picasso began work on his mural, which now hangs in the Reina Sofia Museum in Madrid.

“It became clear to us that this had to be our next project,” Nanette McGuinness told us the other day. She is a co-founder of E4TT and an award-winning lyric soprano. “It was like the lightbulb went on and off we went. Although not directly related to the Holocaust or the kinds of projects we’d done in the past, this matched our interest in bringing a lens on human injustice and suffering. It seemed especially appropriate since the anniversary of Guernica is coming up in April.”

In early 2016, a call went out for submissions. One entry was from Jeffrey Hoover, a musician and director of the Integrated Arts Program at the University of Baltimore. His music suggested both “compositional sensibility” and “a creative proclivity for combining musical composition with painting.” E4TT commissioned Hoover to write Guernica, a musical interpretation of the Picasso masterpiece. 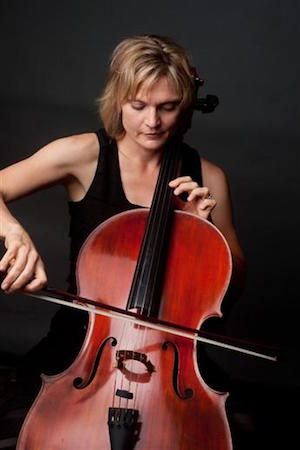 There will be two performances:  a preview on Sunday, April 2 at the Maybeck Studio in Berkeley (a space for no more than 40 people) and then the official world premiere on Saturday, April 8 at the Noe Valley Ministry in San Francisco. The concert also includes Hoover’s original submission, Burning Giraffe, works by Spanish composers Mercedes Zavala and Mario Carro, and by Derek Bermel (Death with Interruptions), with archival photos from the Museo de la Paz of Gernika-Lumo, along with Basque dances by the Zazpiak Bat Dance Group.

E4TT includes McGuinness, pianist Dale Tsang, and composer David Garner, whose work includes Surviving: Women’s Words, which won a Silver Medal at the 2016 Global Music Awards. The work is based on poetry by survivors and contemporaries of the Holocaust. The upcoming performances also feature violinist, conductor, and composer Dawn Harms and cellist Anne Lerner-Wright.

We asked McGuinness about the resonances of Guernica today. She was a little reticent:

“I don’t want to offend people by talking about politics,” she said. “I want to be very careful.”

She was concerned about some things she’d said during our interview, and wanted to be clear she was speaking only for herself, not others in the group. But in a later email, she wrote — in part:

I have been thinking more about the responsibility of artists since we spoke, and what has come to me is the following: As artists, our task is to bring beauty, joy, comic relief, catharsis, and illumination to our viewers and listeners; to allow them to get away from themselves and at the same time go deeper into themselves and get to know themselves more deeply… It is, at some level, also our task to shine a light on the greater issues that are important for civil society… to be a redemptive, present voice for other, under-represented voices and issues that are forgotten, unheard, or lost, and to help bring forth a deeper understanding of what it means to be alive, caring, and engaged in our world, during these sometimes difficult, and often exciting times.