The violin has shaped the very evolution of music itself, demonstrated by the earliest violin compositions of the Baroque period, through the performances of extraordinary virtuoso luminaries of the Romantic era, and by the pioneers of instrumental expression of the 20th century. The instrument ranks among a handful of tools whose design has remained largely unchanged for over three centuries, and no musical genre is more indebted to the modern violin family than chamber music.

And so, [email protected] will celebrate composers, performers, and violin makers,  illuminating the violin’s history and looking at the unfolding of classical music through the instrument. Running from July 14 to Aug. 5, the festival offers more than 50 events on [email protected]’s three stages in Atherton and Menlo Park. 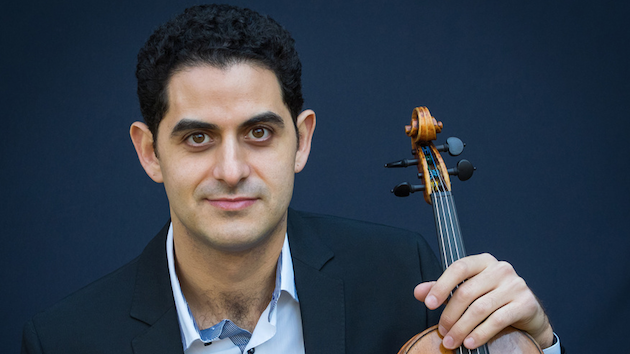 An example of the Encounter series is the July 27 event, led by Ray Iwazumi. The Juilliard professor’s subject is the generation of virtuosi in the second half of the 19th century, playing works by Wieniawski and Vieuxtemps, a period during which brilliant technique was exemplified by Eugène Ysaÿe, who inspired a new generation of virtuosi led by Kreisler, Elman, Heifetz, and others.

[email protected]’s annual attendance now exceeds 13,000, with free program attendance at about 6,000. The festival’s $2.1 million annual budget supports participation by some 300 artists from all over the world. Besides performances, the artists also lead lectures and coach students of the Chamber Music Institute. One of the festival’s many educational projects is its Arts Administration Internship Program, which has worked with 253 interns.

Performances from the festival air nationwide on American Public Media's Performance Today, the largest daily classical music program in the U.S., airing on 260 stations and reaching more than one million people each week. Eighty-eight CDs and digital albums have been released on the [email protected] LIVE label, the digitized catalog is offered on Amazon.com, Spotify, and iTunes.