Most “one-opera composers” are not. They are known for a single work in the theater, but it’s not for lack of trying. (Beethoven and Borodin are notable exceptions, with Fidelio and Prince Igor, respectively.)

But Bizet did much more than Carmen (and his Pearl Fishers does pop up often), Leoncavallo’s Pagliacci is just one of his 11 operas, and so on. What’s at work here is the popularity of one work, often at the expense of others.

The 1890 Cavalleria rusticana is what Pietro Mascagni (1863-1945) is known for, though he actually produced 16 other operas and operettas. His Iris is an especially fine example of an unjustly neglected opera, and the 1891 L’amico Fritz (Friend Fritz) — the subject of our sermon today — is a splendid piece, coming soon to your neighborhood.

One of two operas staged by and for the 2009 Merola Program participants, L’amico Fritz will be performed at Cowell Theater on July 24 and 26. (The other Merola production is Mozart’s Cosi fan tutte, Aug. 7 and 9.)

Unlike the blood-and-gore verisimo of Cavalleria rusticana, Mascagni’s second opera, L’amico Fritz, is a “lyric comedy,” closer to operetta than opera. It is based on the novel L’ami Fritz by Émile Erckmann and Pierre-Alexandre Chatrian, taking place in a 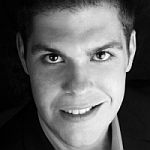 French community of Jews. (Although this has nothing to do with the opera, it’s worth noting that the Judeo-Alsatian community has a thousand years’ history.)

Fritz stakes his vineyard on the bet that he will never marry. What and why the rabbi puts up against that is unclear. Of course, we all know how all this will work out, so not to worry about details.

The wager is greatly handicapped by the presence of the beauteous Suzel (soprano Sara Gartland), daughter of one of his 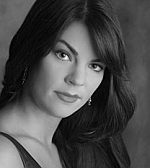 tenants. Three acts, some minor complications, some gorgeous music, and the “Cherry Duet” later — excuse the spoiler — then the couple unites and the rabbi returns the vineyard to Suzel as a wedding present.

Warren Jones conducts members of the San Francisco Opera Orchestra, and the stage director of the black-box production is Nic Muni. Other Merolini in the cast are Yohan Yi, Eleazar Rodrìguez, Susannah Biller, and Maya Lahyani.

The opera’s one and only local main stage production goes all the way back to 1924, on a double bill with Gianni Schicchi. It had a remarkable cast: Tito Schipa, Giuseppe de Luca, and Thalia Sabanieva; Gaetano Merola himself conducted. In 1976, Spring Opera produced L’amico Fritz with Vinson Cole, Frederick Burchinal, and Leona Mitchell.