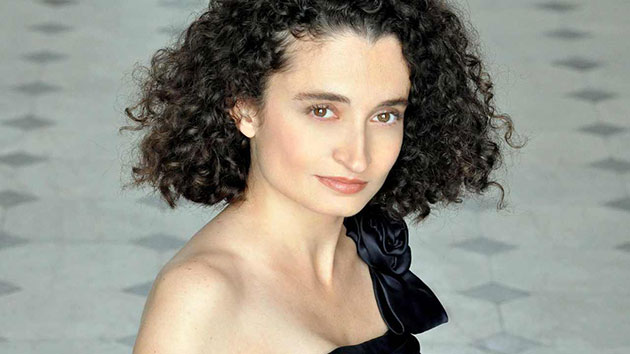 Most lovers of baroque opera are familiar with Cleopatra from one of Handel’s most successful and theatrically plausible operas, Giulio Cesare in Egitto (1724). Virtually unknown, however, is Daniela da Castrovillari’s La Cleopatra (1662). The score of Castrovillari’s earlier work sat untouched in the archives of Venice’s Biblioteca Marciana until four years ago, when mezzo-soprano Céline Ricci discovered microfilm copies of it and a number of other forgotten operas in UC Berkeley’s Music Library.

First, Ricci got in touch with Anna Claut, who is in charge of the opera collection at the Venice library. After several visits to Venice, Ricci began to put together Ars Minerva, a new company dedicated to bringing to San Francisco annual presentations of forgotten Venetian operas that were written for that city’s Carnival.

Now, after several years of work, Ricci, whose facility with baroque music has landed her many a role with Philharmonia Baroque and other internationally renowned ensembles, is poised to perform her discovery at Marines’ Memorial Theater. Performances are March 14 at 7:30 pm and March 15 at 2 pm. Tickets are available by calling 415-392-4400.

On March 5, Humanities West’s Salon at the Rex will feature personnel from Ars Minerva sharing the scoop on La Cleopatra at 5 p.m. Then, on March 12 at 6:30 p.m., Claut will journey to San Francisco to give a free presentation about the opera at the Italian Cultural Institute.

“As a baroque singer, I’ve been involved in several revivals,” Ricci tells SFCV. “It’s really a thrill for me to bring back something that hasn’t been touched for centuries, and that connects humanity past and present. This is why my heart is very much in this.”

One can only speculate as to why La Cleopatra remained untouched for so long. Was it simply lost in the shuffle as one composer-librettist team after the other turned out operas by the score in the late 17th and early 18th Centuries? Was it intentionally ignored by opera presenters of the era because it was a carnival showpiece, deemed unworthy of future performance? Or was it simply biding its time, awaiting the baroque and early music revival of the last 30 years, which has led to one remarkable rediscovery after the other?

“The quality of music is always subjective,” Ricci acknowledges. “Giacomo dall’Angelo’s libretto for Castrovillari’s opera creates a big fantasy around the character of Cleopatra, but it’s not the real story. The end of the opera has a big twist that is very unexpected. Just for this the opera very interesting, because it reflects the mentality of Carnival in Venice. It’s very theatrical, with a lot of recitatives that call for great acting skill, and there are very beautiful moments. I personally think it’s a very nice opera that should be revived.”

The opera will be semi-staged, with black-clad singers wearing accessories which represent their characters. Ricci’s accessory in this case, will not be some of the megabuck accessories that Elizabeth Taylor wore in Joseph L. Mankiewicz’s 1963 big screen epic, but rather a simple, gold crown.

Ricci spent over a year casting the opera. Among her singers are three baroque specialists: soprano Nell Snaidas, countertenor Randall Scotting, who will arrive fresh from Seattle Opera’s Semele, and the elegant soprano Jennifer Ellis Kampani. Following the example of Pocket Opera, three students from the San Francisco Conservatory of Music will fill smaller parts.

“I think the cast is really brilliant, and I’ve been very lucky finding excellent instrumentalists,” says Ricci. “We’ve been working together for one year, and we are really united. I really feel blessed.”