Berkeley Festival and Exhibition Back in Stride 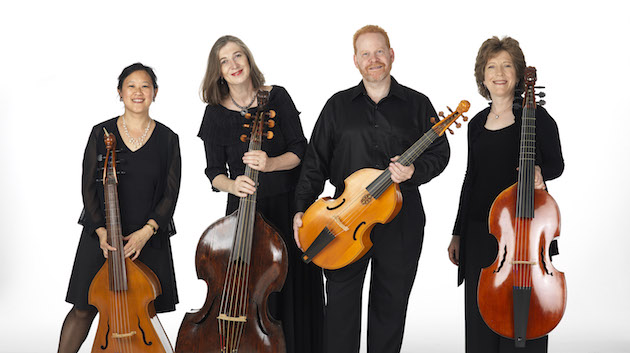 The Berkeley Festival and Exhibition was impresario Robert Cole’s baby when he was with Cal Performances. And in the 1990s he made it hum with the U.S. debuts of historically-informed performance groups like Il Giardino Armonico. Not surprisingly, at his retirement, the festival financing and programming became less ambitious. But in 2014, Cole was back as an advisor and the 2016 festival, presented by San Francisco Early Music Society, looks a lot like his baby.

Which is to say, you shouldn’t miss it. 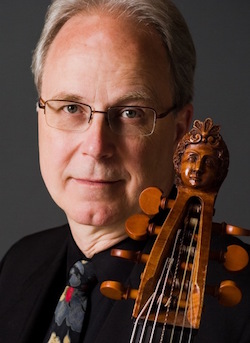 The HIP locals have a big role in this year’s festival, as they should, with harpsichordist Davitt Moroney, multi-instrumentalist Shira Kammen, Archetti (the string ensemble run by violinist Carla Moore and gambist John Dornenburg), Voices of Music, and, of course, Nicholas McGegan and the Philharmonia Baroque. The UC Davis High School Baroque Ensemble, the first high school baroque orchestra in the U.S. is back, after a happy 2014 debut. But the news is the distinguished groups that are showing up to share their exciting projects for the first time in the Bay Area.

Begin with Vox Luminis, the Belgian vocal ensemble that made a huge impression in 2014. Niels Swinkels, reviewing for SFCV, wrote that the blending of voices went beyond what you would expect of a great ensemble:

But there is also the extraordinary way in which Meunier has tuned the ensemble. First by bringing together singers with uniquely different timbres, but mostly by creating an overarching artistic sensibility that permeates the group and establishes one organic musical consciousness from which the music flows in beautiful, otherworldly weavings.”

Vox Luminis is doing a concert on June 10, of music by the Bach family culminating in Johann Sebastian’s monumental motet, Jesu, meine Freunde. But even better, they close out the festival on Sunday, June 12, joined by the Philharmonia Baroque Chamber Players and Concerto Palatino in Handel’s beloved setting of the Dixit Dominus and Henry Purcell’s Music for the Funeral of Queen Mary. You can add your own exclamation points to that, as needed. 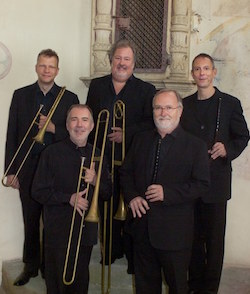 Concerto Palatino, for those who are not fans, is one of the groups most responsible for the revival of the cornetto, (the Renaissance wind instrument) and the Renaissance trombone (or sackbut, to you English types). They have rediscovered and performed a lot of alta capella (wind band) music from the period. For the Festival, they’re bringing a concert of late Renaissance sacred arias for bass voice (June 8, 8 p.m., with the excellent Harry van den Kamp) and “The Hamburger Ratsmusik,” (June 11, 1 p.m.) a set that shows off the virtuosity and improvisational skills of the players, some of whom were trained by the group’s founders Bruce Dickey and Charles Toet.

¡Sacabuche!, a Canadian group founded by Linda Pearse, is a next-generation Concerto Palatino, combining the alta capella group with voices, strings, and continuo. They open the festival, June 5 at 4 p.m., with a program of some of the earliest works explicitly for voices and instrumental choirs, as well as some virtuosic pieces for instruments alone.

Some major contributors to the New York early music scene are on hand, doing programs connected to Shakespeare. One of them is the viol consort Parthenia (“Age of Shakespeare,” June 7, 8 p.m.) Another is Juilliard 415, the conservatory’s early music ensemble, captained by violinist Robert Mealy (Circa 1680: Music of Purcell, Muffatt, Corelli, and Lully, June 8, 5 p.m.), which also joins soprano Sherezade Panthaki and the Philharmonia Baroque Chamber Players in songs from Shakespeare, on June 11, 4 p.m.

Meanwhile, fortepianist Kristian Bezuidenhout, who appeared with Philharmonia Baroque in February, gives a recital (June 9, 5 p.m.) and then, with violinist Rachel Podger, also familiar to PBO fans, plays the Bach sonatas for violin and harpsichord (June 11, 8 p.m.) Podger also is half of a match made in heaven, teaming with Elizabeth Blumenstock and Voices of Music for Bach’s Concerto for Two Violins and the Brandenburg Concerto No. 4.

It is impossible to do justice to the 60 or so concerts on the Berkeley Festival Fringe. Here’s the link to the calendar: http://www.berkeleyfestival.org/2016-fringe-calendar. Hard to believe you wouldn’t find something to float your boat there. Oh, and then there’s a film series as well. The BFX is hitting on all cylinders this year and, even in a June crowded with musical events, that’s a BFD for HIP-sters. 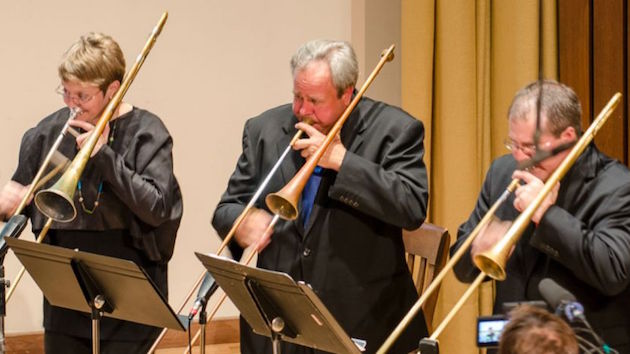