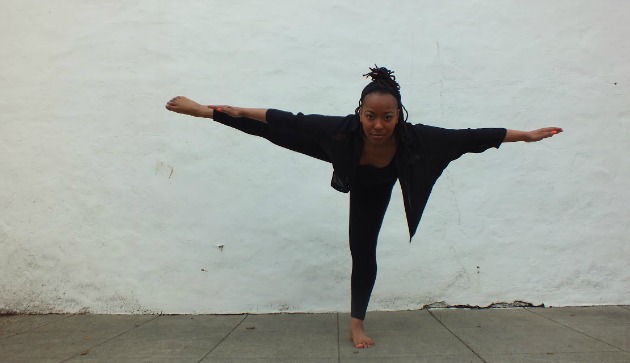 A keen mind—and science—says that as friction increases, kinetic energy and heat also build. Apply that theory to African American artists choreographing in the 21st century’s “meta-friction” atmosphere—economic inequality, social injustice, new and unforeseen threats to civil rights, gentrification, increased violence and systemic oppression directed toward people of color—and you have a formula for bold creative expression. At the very least, the tension sparks inquiry and investigation, if not answers. 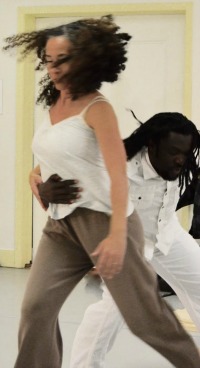 The festival continues a tradition of pairing mentors with emerging artists and presenting the resulting works with mid-career choreographers on the same program. Former Alonzo King LINES Ballet dancer Gregory Dawson collaborates with William Fowler and Frankie Lee Peterson. His dawsondancesf will also premiere a new work. A new piece (on opening night only) by Chris Evans, Byb Chanel Bibene, and musician David Boyce is the festival’s second mentor/artist pairing—although Evans says in an interview she is more “equal shepherd” than mentor. Mid-career artists Cherie Hill; Wanjiru Kamuyu; Justin Sharlman (in a solo by Erik Lee); Joslynn Mathis Reed; Dazaun Soleyn; Phylicia Stroud; and Jamie Wright round out the list of choreographers.

“I was blown away by what artists want to bring,” says Ellis, adding that her role as curator is largely “to stay out of the way.” Energized by the number of pieces with text, live music, mature and integrated use of technology, and movement drawing from multiple eras, genres, and ethnicities, Ellis says, “The multi-dimensionality of black dance, of people telling their stories, that’s what I’m interested in. What’s fascinating for this program, with the majority of the pieces being brand new, I don’t know what we’re getting until tech week.”

But Ellis and co-director Kendra Barnes know exactly what they aim to achieve by “bustin’ out of February” with a newly added, second weekend festival Aug. 26-28 at Laney College in Oakland. “Gently, maybe not so gently, we’re trying to get presenters and audiences to understand that black history is more than a month,” Ellis says. “It served a purpose at the beginning (to have a designated month) because it wasn’t being taught in schools. It can still be celebrated, but speaking as an artist and hearing what other artists say, we want significant platforms for their work outside of February. We can help that by having programming throughout the year.”

Relationships with community partners that BCF has nurtured during the past 12 years, she says, will deepen into a supportive consortium with a broader calendar of programs. Recent artist/audience talk backs and panel discussions tell Ellis that people are “hungry” for experiences and conversations focused on things that matter. “The talk is riveting. Audience input has been powerful,” she says. “Gently, maybe not so gently, we’re trying to get presenters and audiences to understand that black history is more than a month.” -- Laura Elaine Ellis

Evans says the project’s strands have coalesced into a focused exploration of rage. Reconstruction Study #1 is based on the true, told-mostly-by-word-of-mouth story of Jim Coble, an African American man who lived in Broken Arrow, Oklahoma, in the early 20th Century. “Coble went into town to buy supplies. He was a farmer with a family,” Evans says. “Two white guys started to harass him and shot at his feet. Coble went to his truck, got his rifle and went back in the store and shot everyone in there. It just shocked me. (Rage) resonates with black people in this country. We feel it, but in most cases we don’t express it.”

While reading about the time period and conducting reconstruction research, Evans, a musician and dancer, improvised on cello in rehearsal sessions with Boyce playing saxophone. Bibene, a dancer from the Republic of Congo who is relatively new to the Bay Area, worked separately with Evans. “I’d tell the story while he danced and we’d videotape, then loop it all together. The project lets all of us explore our identity and bring our voices to a new stage.”

African American identity in America is cyclical, Evans says, and escaping the endless cycle that began with slavery requires humility and deep introspection. “I’m interested in the way black people imprison themselves by living in this country. What it does to the psyche—the racial system hurts their bodies and their spirits. How can we find our freedom through our introspection?”

Choreography doesn’t claim to own the solutions, but Ellis says the interaction between social justice and art is a powerful combination and suggests that at their intersection, new voices—heat—may spark enlightenment.