For many choral ensembles, producing a full concert season is plenty enough work to keep them occupied. Not so for Chalice Consort, which supplements its performance activities with wide-ranging efforts to revive forgotten early-music repertory. Led by renowned harpsichordist and UC Berkeley Professor Davitt Moroney, the ensemble displays some of these unearthed treasures in its opening 2010/2011 concert, “Music for Meditation and Devotion by Simone Molinaro,” to be presented Nov. 12-14 in San Francisco, Berkeley, and Palo Alto. 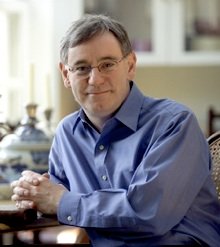 The program, devoted exclusively to Molinaro, stems from an Early Music Mining Conference the ensemble sponsored in April. Several scholars submitted editions of previously unedited scores, and conference attendees voted on their favorite piece. Molinaro’s Quae est ista, edited by Peter Poulos of the University of Cincinnati, came up the winner. Moroney praises this work for “its dramatic sense of color, its suave counterpoint, its evocative dissonances, and its extreme sensitivity to the words. Each phrase of the text conjures up a different emotion that Molinaro manages to capture in a few notes. This is the mark of a real master.”

A contemporary of Monteverdi, Molinaro straddles the divide between Renaissance and Baroque. “His music is more passionate than Palestrina’s, closer to that of Tomás Luis de Victoria,” Moroney explains. “It appeals directly to listeners and communicates strong emotions to them. It is very good music for a concert, good music for audiences! And now that we’re rehearsing the program I’m also struck by the pleasure the singers have in singing these pieces.”

Moroney, who previously knew Molinaro primarily as a composer for lute, spent part of this summer studying his exhaustive choral repertory, recently edited in Poulos’ doctoral dissertation. Poring through more than 900 pages of music, he slowly settled on a core repertory for Chalice Consort. “It was hard selecting a dozen pieces out of hundreds, since they were all unknown, but I started from the principle that any piece had to impress me on our first encounter,” he says. “The audience only gets one chance in a concert!”

With Molinaro’s choral music virtually unhearable elsewhere, Chalice’s concert offers an ideal first encounter with a composer of boundless passion. “I am always amazed how a lot of people tend to think old music doesn’t express as deep emotions as later music,” says Moroney. “In the 16th century, people felt all the same human emotions that we feel today, and the best composers expressed these emotions in powerful, humanistic music. And who can resist the idea of being present at the first outing in over 400 years of such highly expressive and beautiful music?”

In the meantime, plans for next year’s early-music conference are already under way. Participants will once again submit new editions of never-before-edited music, but this time, according to Moroney, “the pieces we’ve asked for have to complement Victoria’s wonderfully gloomy Tenebrae Responsories — one of the indisputable high points of Spanish mysticism in the age of the painter El Greco and of Saint Teresa of Avila. I imagine we’ll get a lot of Spanish music, and perhaps even some gloriously gloomy music!”