Company C to Go Beyond Ballet For All Hallows’ Eve 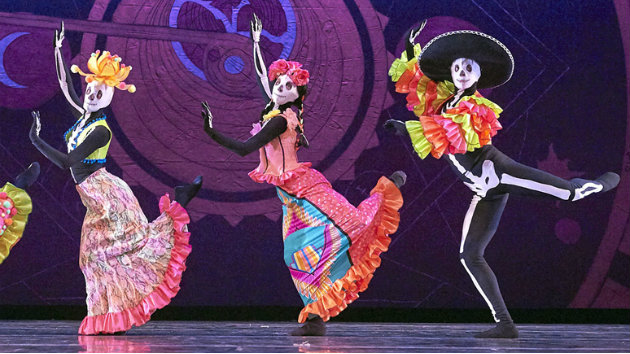 Among the tributes to the Hallowmas season, there’s an enduring body of ‘scary’ classical music.  Mussorgsky’s St. John’s Night on Bald Mountain comes to mind, along with Saint-Saens’ Danse Macabre; Herrmann’s Psycho Suite; “Dream of a Witches’ Sabbath” from Symphonie fantastique by Berlioz; Liszt’s Totentanz, among others.

But oddly, the All-Souls theme rarely shows up in ballet. But now along comes Charles Anderson and his Company C Contemporary Ballet Company, presenting the world premiere of Arcane: A Tale of All Hallows’ Eve.

The performance, on Saturday, Oct. 24, in the Cowell Theater at Fort Mason, is family-couched, somewhere “between the extremes of scary-horror and Disney pretend.” According to Anderson, his choreography is inspired by the macabre yet whimsical ambiance of the Day of the Dead, as well as the free spirit of Cirque de Soleil. Touches include Pacific Islander poi ball spinners, and a “scratch-and-sniff technology” to add a sensory dimension. 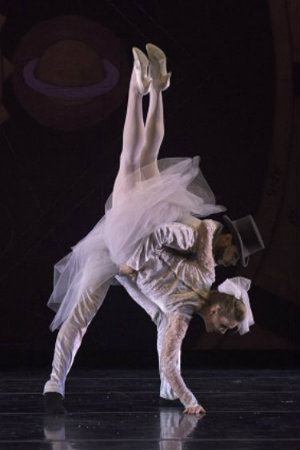 The ballet, based on an original story by Anderson, is about Arcane, a star, and an enlightened muse, who sits on “the hip of the harvest moon.” Once a year, she visits earth for one night, always gravitating to a star gazer to be her human host and give voice to the stories of the dead. One story is about a bride who killed her husband on their wedding night; another story is about orphans who had died of consumption while working in a factory.

“All those awakened for this one night have left something undone or unsaid,” Anderson told us, “and this is their chance to say their piece.”

“If there’s a theme here,” he added, “it’s that Halloween is a day of freedom, a day to be who you are, and a reminder to live your truth now!”

During his travels he became familiar with not only the choreography of George Balanchine, Jerome Robbins,  and Peter Martins, but also the likes of Patrick Corban, who danced in the Paul Taylor company for many years, William Forsythe, with Ballet Frankfurt and Yuri Killian.

“During the next three years,” Anderson said,” we will transition from a repertoire company performing multiple works at each performance, to a company focused on large scale projects and original, full-length, contemporary ballets. Arcane is our first large project.”

Arcane suggests the range of Anderson’s work, which in this case he describes as “past ballet”. He gave some examples of blending different dance techniques.

“Instead of having a crisp ballet line that’s very familiar, I might elongate that line, let the hips out, let the body relax and stretch at certain points. We do a lot of movements initiated from the hip, rather than the toe, which is definitely not ‘ballet.’  But it’s all housed in something you might call ballet.”

Or another example: “If you were to do a promenade, for example, the woman is, classically, exactly on her leg: What I’m doing is letting her bend off the axis and not just during the promenade, but bend it off the axis in a way that you would never do in ballet. For someone not trained it’ll look like an arabesque, but it’s not.”

“Or think of ballroom dancing. In ballet, if a man is doing a lift with a woman, you grab her and lift her; it’s very straightforward and you see all the mechanics. In ballroom, the lift will start when the dancers have their backs to the audience so you really never see the mechanics. It’s masked. I’m interested in incorporating little things like that. And so the effect is that it’s very much like ballet but past ballet. To me that’s contemporary.”