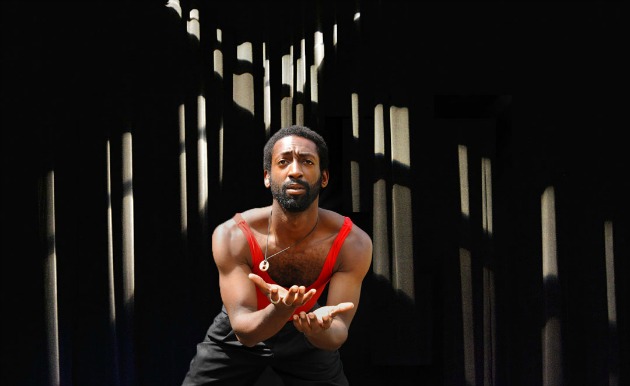 Please keep saying, “That’s impossible!” to Antoine Hunter: It’ll be the best thing that could happen to the Bay Area dance community.

Already, the two-word phrase and the mindset behind it have spurred the deaf, African American dancer, choreographer, dance and ASL educator, and artistic director of Urban Jazz Dance Company to jump innumerable hurdles. Hunter is entirely deaf in one ear and has marginal, less than 10 percent hearing, in the other ear. He has danced with Savage Jazz Dance Company, Nuba Dance Theatre, and Robert Moses’ Kin dance company, among others, and has won awards including the 2011 National Dance Week Dancer’s Choice Award and the Margaret Jenkins’ CHIME award. National recognition has come from Dance Spirit Magazine and Dance Magazine and from agencies and publications that honor Hunter for his education and advocacy work in Hearing and Deaf communities.

Amplifying his vision and speaking louder than a voice at full volume, Hunter in 2013 created the Bay Area Deaf Dance Festival. As the festival has grown and its reputation has attracted artists from outside of the United States, “international” has been added to its title, resulting in this year’s 4th Annual Bay Area International Deaf Dance Festival, Aug. 12-14. The three-day extravaganza presented by Urban Jazz in collaboration with Dance Mission Theater fills venues at various Bay Area locations with performances and workshops that feature local and American artists as well as artists from London, Turkey, Mexico and more. Sound, light, and sensory engineering come courtesy of Bobby Cox and Six Second Monks, a new, local Deaf Art collective that communicates through ASL.

“I knew who I was at eight years old when I said I was going to be a dancer,” says Hunter, about his first exposure to the art form as an audience member at an Oakland Ballet performance. “Lots of people told me no, called me that word, “retarded.” It wasn’t easy to not give in.”

Hunter, who as a boy existed “out of the box” as a result of being bullied and badgered for his uncommon goals and says it left him in “a place where I couldn’t breathe,” found his purpose. “People told me not to do dance because I was deaf. Sometimes because (I’m) black. My work shows that somehow I found my calling, but it wasn’t easy. I dance to connect: My work can be spiritual.”

A solo that Hunter is choreographing and will perform at the festival breaks into a duet and involves the entire Urban Jazz company by its end. Miles Davis’ 1959 song, “All Blues,” a jazz standard given the swing of a waltz, sets the context for the swift-paced, autobiographical work. “It’s (about) how when I was growing up, people were trying to change my identity. It’s about the journey, the pain, the suffering of every step that I take. The duet shows where two strangers meet and asks can they get along. The group (section) shows me going through the hearing world.”

The hearing world, Hunter says, continuously surprises him. When he launched the festival, hoping to encourage local deaf performers to take risks, he wasn’t certain audiences would be interested. People often misguidedly told him he was an anomaly; that surely he was the only deaf dance artist out in the world. Instead of empty theaters and scrambling to find participants, the festival frequently sells out and Hunter says the number of artists contacting him about participating “just keeps growing, two, three times each year. How do these people find me?”

Another surprise: the diversity on display at the festival. It was a comment from an audience member that made him realize that the number of people of color performing on one stage was significant. “I never saw that, growing up.” 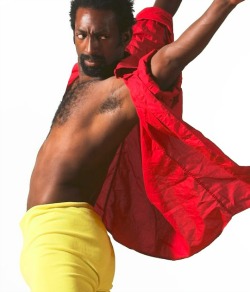 But could they really dance? Are they interesting artists? “Those questions I was asked,” Hunter says. “And yes, we keep proving to ourselves that we’re professional.”

This year, spotlighted Deaf celebrities CJ Jones and Fred Beam join the action. Hunter says Beam “opened the door for him” by inviting Hunter to perform with him and his group, Wild Zappers. “Every year, his work gets deeper,” says Hunter. “He’ll be doing some Afro dance.”

Sign Dance Collective, a London-based company returning for its third visit, brings precise, political work. A real life story ripped from the news about a person framed by the government and trying to fit into society is the centerpiece of a dance Hunter says depicts “the truth about what’s happening in the world, not fantasy.”

It may get no more “real life” than the Deaf Dance Academy arriving from Turkey. “There’s a lot going on there,” Hunter says, a veiled reference to the recent coup attempt and other unrest. “We got the visas a few days ago, so they’re still coming. It’s their first time. They do belly dancing, ballet, drumming, (combined).”

Technology allows Hunter to conduct phone interviews with ease. An interpreter takes the spoken words and a video using ASL is made in close-to real time. Previously, the system was slow and people often hung up on him, thinking the call had been dropped. At a coffee shop recently, he was thrilled to encounter a barista who knew a little bit of ASL. Even so, Hunter still meets people who believe deaf people can’t have children or drive cars—let alone dance.

An insider in the dance world might know that visual cues and memorized rhythms are as much a part of unison or structured dances as is the ability to hear music. An improvisational performer might think that listening to the bodies’ tempo and rhythms is a more honest, soulful source for generating movement. But what Hunter says is important to him and to others in the Deaf community is that the “outlier,” the person who knows little about the Deaf experience, is curious. “Approach a deaf person face-to-face, don’t talk too slow or too fast,” he advises. And recognize that deaf people have a history, culture, ASL and dance, a beautiful, connective language in motion.