Festival Opera: On the Road to Resonance 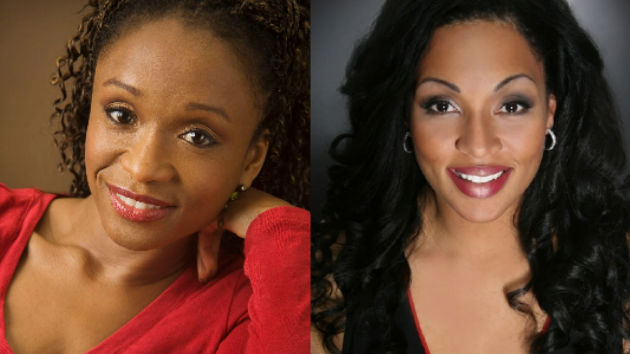 For those following the recovery of Festival Opera, the news this summer is good. This coming Friday and Sunday (July 10 and 12) the outstanding Walnut Creek-based company presents Richard Strauss’ Ariadne auf Naxos, one of the composer’s liveliest creations, featuring both spiky comedy and the long-breathed melodies for which he is celebrated.

The two-hour production at the Lesher Center for the Arts is directed and conducted by Artistic Director, Michael Morgan. Shawnette Sulker plays the irrepressible Zerbinetta (she of the daunting coloratura aria “Grossmächtige Prinzessin”; Othalie Graham sings Ariadne. The libretto is by Hugo von Hofmannsthal, that Austrian prince of letters always looking to “inflame the instincts”. He spun off this opera-within-an opera, about dueling troupes looking to secure patronage, in 1912. But the more refined iteration presented in 1916 is the version you see now.

Morgan says in his program notes that he set the piece in the current day with minimal sets to insure that nothing would take away from the music. “There's plenty for the eye to see but, more importantly, the piece is a feast for the ears and I have directed it in such a way, I hope, that the singers can always sound their best. Wonderful cast, gorgeous music, and real fun for all. Not the most famous opera, but most come away wondering just why it's not. And with Prologue and Opera each running about an hour, it's also manageable for the young or first-time operagoer.”

Beyond the merits of the opera itself, this is a subtle milestone along the “road to resonance” as Sara Nealy puts it. The Festival Opera’s general director has been pulling and pushing the company to a secure financial position and in the process proving an obvious but neglected truth about the business of opera production.  That truth is that the nature of innovation these days is in choosing unusual material whose production values match the resources of the company. “We’re solely revenue based, so Ariadne is a perfect selection. It doesn’t require elaborate sets, doesn’t have a chorus, and is designed for the intimacy we have to offer.” — Sara Nealy

“We’re solely revenue based, so Ariadne is a perfect selection. It doesn’t require elaborate sets, doesn’t have a chorus, and is designed for the intimacy we have to offer.”  She added, “If you can already see a Puccini opera within an hour’s drive from here, and I love Puccini, but why not offer something else? That’s the quest we’re on now: to be both resonant and relevant.”

As performing arts companies trudge through the philanthropic wilderness — which wasn’t expected to be nearly so barren six years after the end of the Great Recession — there’s another truth coming into play.  Which is that institutional funding codes have changed. The new password is “historically underserved communities.”

Nealy begged to differ and went on to describe vast changes in the demographics of the East Bay, east of the Caldecott Tunnel. “And I said, there are lot of hidden communities here and it’s very much part of our quest to speak to them.”

That quest is a two-pronged effort to offer both a standard repertory, albeit with unusual or less well-known works, and a repertory that reflects the range of local culture. Hence, Ariadne auf Naxos.

In 2014, Ms. Nealy reached out to the Jewish community with two works about the Holocaust: The Emperor of Atlantis and Another Sunrise. The works were presented during the observance of Holocaust Remembrance Day (May 8) and produced in partnership with the Jewish Federation.

We reached Nealy the other day in Walnut Creek. “In marketing parlance,” she began, “there’s a term called ‘push-marketing,’ where you throw yourself on an audience, but we’re moving away from that. We are moving toward real engagement and finding ever new ways to connect with the community.”

Nealy notes that when she took the job, she began looking at local demographics to find gaps “where we were not engaging people as fully as we might have.”

One of those gaps was in the Indian-American community, which for years remained a marginal part of the Festival Opera audience even as the number of South Asians in the Bay Area grew substantially. Indeed, there were many very successful and accomplished people who had lived in the community for 40 years or more and had never attended an opera in general, much less the local opera.

Nealy used her political connections with, among others, the mayor of Walnut Creek, to reach into the Indian-American community to seek out those who might be partners in raising cultural awareness and spreading the potential of Festival Opera. Nealy noticed how Kherani talked to “aunties and uncles — in a way that forged a real cultural connection and has lead to a stunning response from this once unknown resource, not least a new steering committee to develop the connection.”

She also arranged for Maya Kherani to sing at a fundraising event. Kherani, an Indian-American coloratura soprano who received an M.A. from the San Francisco Conservatory of Music in 2012, made her Houston Grand Opera debut as Meera in the world première of Jack Perla’s River of Light. This November Festival Opera will present a novel program exploring Indian themes: first in Gustav Holst's Savitri and then in the West Coast premiere of River of Light. Kherani will again sing the part of Meera.

At the fundraiser, Nealy noticed how Kherani talked to “aunties and uncles — in a way that forged a real cultural connection and has lead to a stunning response from this once unknown resource, not least a new steering committee to develop the connection.”

“This is a template we hope to use to built other cultural bridges.” And right now a huge part of what the company is doing to reposition itself.

Lessons From the Pit

Beyond refining best practices Nealy is increasingly focused on audience development and is planning more “participatory, behind-the-scenes and interactive experiences.” Nealy says she’s even considering ways in which the audience might be drawn into the development of a work.

“The new thrust is that the audience feels they’re part of the process of making art. For us, this is something new…. “

The results of all these efforts have been generally positive. There are signs of resurgence. Two funders who had disengaged have come back. Some foundations are stepping up. Corporate sponsor interest is up. The Walnut Creek Marriot has joined in with a sponsorship, although not financial. Two singers with the company sing in the hotel lobby, which has actually packed crowds.