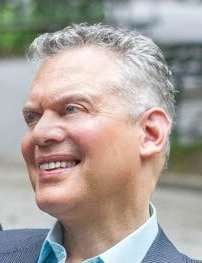 Few musicians have earned a place closer to the hearts of Bay Area song lovers than Steven Blier, co-founder and artistic director of the New York Festival of Song (NYFOS). Thanks to his many imaginatively themed West Coast presentations, many music lovers have been introduced to a host of immensely rewarding, infrequently heard songs. On July 17, he will host “Songs in the Key of Steven Blier,” a benefit gala for a cause that is close to his heart.

Blier and soprano Julia Bullock will come together at the San Francisco Marines’ Memorial Club and Hotel for San Francisco’s second annual Gala benefit for the FSH Society and muscular dystrophy research. Beginning with a reception and silent auction, and continuing with dinner, live auction, and concert, the event targets FacioScapuloHumeral Muscular Dystrophy (FSHD), one of the most prevalent types of muscular dystrophy.

Blier, who speculates that he may have had the degenerative muscle disease since birth, was first diagnosed close to a quarter century ago, when he was 38. As one of an estimated 870,000 people with the disease, which affects his shoulders, arms, and legs, the evening is especially dear to him.

“All my concerts are important to me,” Blier told San Francisco Classical Voice. “But these concerts have a very special place in my heart, because the research is going so fast that even the scientists can’t believe it. The money we raise really funds studies. I have actually met the doctors who are trying to find a cure, and they’re lovely, brilliant people. Soon after I began performing in these benefits, they found the phantom gene that causes FHS Dystrophy. I’m hoping maybe I’ll play a few more songs and they’ll have a pill.”

The songs, this time around, are anything but what you might encounter at the typical art song recital. Bullock, who made a major impression on Bay Area audiences when she sang “Somewhere” in San Francisco Symphony’s concert performances of Bernstein and Sondheim’s West Side Story, is leaving Schubert and Schumann behind for the moment. Instead, she and Blier will embrace Harlem-related repertoire, some of the Josephine Baker songs that Bullock specializes in, and a whole lot more. 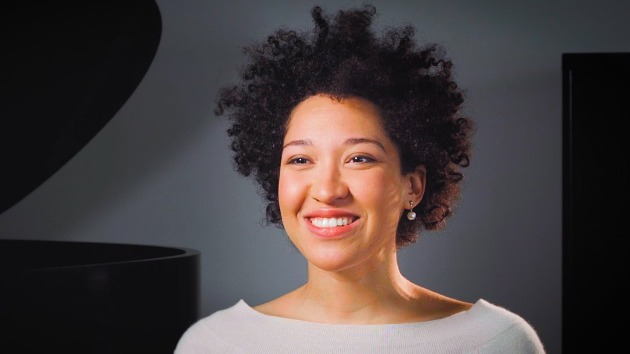 “Julia is very, very beautiful,” Blier said while explaining why she’s so suited to Josephine Baker’s repertoire. “And they’re both from St. Louis. But she’s also a master, master artist.

“I met Julia when she was a Masters student, and we have a very tight bond. We’ve performed together a fair amount, but I can’t get her now because she’s become a very busy, hot ticket. Mostly she’s off doing Rake’s Progress in Aix-en-Provence or singing works by John Adams. She’s so busy that I couldn’t even book her for NYFOS for the next two seasons. I couldn’t believe that she was going to take the time to fly out to San Francisco just to do this with me. But she wanted to, and I was not going to say ‘no.’”

Nor is Blier saying “no” and resigning himself to succumbing to a disease whose timeless progression and ultimate cure are unknowns. He swims 2-3 times per week and works with a “genius” physical therapist who helps re-educate his body and improve his keyboard work. He also works a few times a month with a piano teacher who has enabled him to unlearn unhealthy compensations for shifts in the power of his muscles, and encompass new ways to express the music that sings through him.

“Two years ago,” Blier wrote in a recent essay, “I, like all of my FSHD brothers and sisters, was schlepping through my life as best I could, adapting to the steadily increasing challenges of my weakening body with as much grace as I could muster… But when our brilliant scientists cracked the genetic code and I read about it on the front page of the New York Times, I heard something in the air — the siren call of a future I had never allowed myself to imagine.

“‘You should feel optimistic,” my doctor friend told me. ‘This kind of therapy is moving very, very fast.’

“Everything changed for me — and for all of us — at that moment. My disability, for the first time, seemed temporary. Lumbering in and out of my wheelchair, I’d think: ‘This is now. This is not forever.’

“No, the magic pill I wrote about last year has not yet materialized, …and I don’t have fantasies of winning marathons — or even running them. But when I can’t reach a book off my library shelf, or have some maddening problem with a broken wheelchair, or struggle with a passage at the piano that needs a little more shoulder strength than I have, I shrug and paraphrase the Passover service: ‘Next year in Jerusalem!’ In my case, Jerusalem is the temple of my own corporeal self, healthy, buoyant, and standing on my two feet. I don’t need to dance Swan Lake — I just want to knock back a couple of bourbons and do the Twist again, to the embarrassment (and delight) of my near and dear. And I believe that I will!”

For more information and tickets to “Songs in the Key of Steven Blier,” please see http://www.fshsociety.org/fsh-events/songs-in-the-key-of-steven-bliernew-event-test/ or call the FSH Society at (781) 301-6651.