The San Francisco Bay Area is a little foretaste of chorus heaven. Choruses flourish here, and their activities are constant. So what makes a person want to found another chorus? In the case of the International Orange Chorale of San Francisco, it’s as simple as wanting to choose your friends. 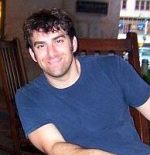 “I wanted to conduct great music and I wanted to do it with people that I liked,” says Jeremy Faust. “It started with a bunch of friends who all wanted to sing together. And we wanted to do difficult, challenging music. At first it was going to be a social and artistic thing, but as time went on it became much more of an artistically driven pursuit.”

Founded in 2003, the group concentrates on contemporary music of all kinds, like Jake Heggie’s Faith Disquiet, which figures prominently in the group’s approaching concert at Presidio Chapel, with soprano Nicole Folland.

“I met Jake at some random event at the San Francisco Opera, I think in 2003. And from there we sort of knew each other vaguely. And so when I wanted to do this California concert this past May [reviewed in SFCV], I really wanted to do something of Jake’s. So I gave him a call and said ‘What do you have lying around?’ And he had this wonderful piece that hasn’t been done very often, Faith Disquiet. The first two movements have just been revised and we just did the California premiere.”

So it’s that easy, to start up a chorus, get to know Jake Heggie, and start doing premieres of his work?

“It’s been a difficult road and a lot of work,” admits cofounder Elaine Robertson. “We’re very democratic in some ways. We have a lot of input from the choristers, and we always welcome choristers' suggestions for repertory.” There are no sponsors or guardian angels. “Everyone in the group also does something else to make the group work,” says Faust. “Our P.R. is done by 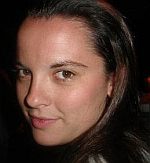 “It’s a labor of love. No one pays any dues, and no one gets paid, including the conductors. And, in fact, other than this [upcoming] concert and one other, in six years we’ve never charged any admission for any of our concerts, as well.”

Most of the singers in the International Orange Chorale sing with other groups, but are drawn to IOCSF by the camaraderie and the eclectic repertory, like Daniel Handler’s Attack of the Crab Monsters. Handler, of children’s book fame (the Lemony Snicket series) wrote the piece in college. “Some one I know back East told me about it,” says Faust. “It was actually given to him by the poet, Larry Raab. And Larry Raab is a National Book Award type of guy, a very famous poet. And he said to this choral conductor back East, ‘Hey, back when Daniel Handler was in college, he wrote this funky little piece on my poetry, and I think it’s great.’ So my friend did it, and then said, ‘Hey, why don’t you do it in San Francisco, since Daniel’s from there.’ And I said, ‘Sure, why not?’ And next thing I know I got an e-mail from Daniel saying, ‘Hey, what’s going on?’ and I said ‘Well, we want to do your piece,’ and so we’re doing the California premiere, and he’ll be there at the concert. Daniel is also a really well-respected accordian player, apparently.”

According to Robertson, the IOCSF has already found an audience. “My goal is to bring music to as many young people as possible. And my friends are all very interested in IOC and what we do.”

“Because all the singers in the group tend to be on the younger end of adulthood,” says Faust, “a lot of word-of-mouth happens. And there are people who have never heard choral music before and say to me, ‘Wow, I play in a rock band, but that was awesome.’ So you can really connect with people who have no preconceived notion of what this music is.”

“Before each piece,” explains Robertson, “One of the chorus members reads out a description of that piece and about the composer. And then, we also have the audience vote on an audience favorite for that concert, and then we sing that piece on our next concert. It’s a little interactive. I like that.”