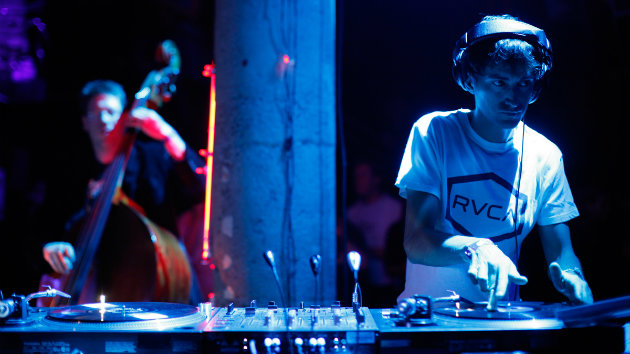 Finding one’s musical niche is comforting. Creating a niche, catalyzing it into a movement, widening it to become a genre in which thousands of individuals and fellow musicians discover their niche — well, that’s remarkable.

Although it would be foolish to say Bay Area-based composer Mason Bates was first when it comes to electro-classical crossover music, he has certainly become the genre’s hottest star. The Heinz Medal-winner’s symphonic/electronica blend of excellent orchestral writing, tight techno rhythms, and swift-moving, jazz-influenced harmonies are in the repertoires of San Francisco Symphony, Oakland Symphony, London Symphony, St. Paul Chamber Orchestra, Chicago Symphony Orchestra, and more. Recently completing three years as composer-in-residence with the Chicago Symphony, Bates was named to a similar first-ever post that will run through the 2017-18 season at Kennedy Center for the Performing Arts.

Bates sums it up in a single sentence: “We’re going to float 400 years of music in front of them.” 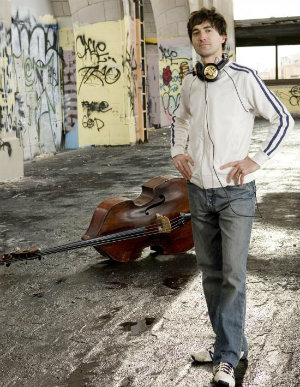 The repertoire-driven show requires acute attention to connecting the disparate dots. To present an integrated auditory experience means realizing Mendelssohn’s quicksilver quality and the energy of Bach is a good balance to the textural and rhythmic idiom of electronic music. Inviting the best classical musicians is essential. Bates says Mercury Soul has benefited from working with talented musicians plucked from orchestras, but for this show, he sought “ensembles that make a city have a real music scene.”

Precise programming is the next ladder to climb, with spatial considerations paramount. “Platforms around the audience make us think about drama,” Bates says. “We have the Poulenc played from the stage, Mendelssohn on a platform. We also scale: We go from large groups down to small groups at the core of the show. You don’t get that in a classical concert hall.”

Fluidity is increased with stagecraft. “We change the vibe with lighting to get people to listen to classical music and save the special effects for the DJing when dancing and interacting is more of an element,” Bates says. Because the audience is standing, classical sets are kept to 15 minutes. Because dance crowds are used to long sessions, DJ sets extend to 25 minutes. “People pay attention,” Bates says. “They don’t sit on their hands like they do in a concert hall, but people kind of stop, open-mouthed when they hear the ensemble. A solo violin after you’ve heard techno is incredible.” 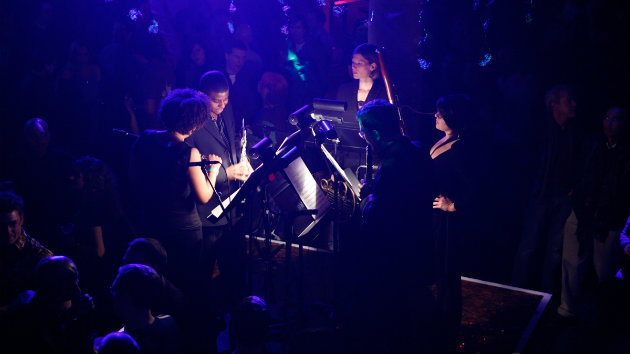 Housepitality’s Solari is planning to indulge his dual passion for underground dance music and the classical music canon. “We’re going to be mixing from their classical sets into what I play. When DJ Justin Reed explained the moment of mixing from the orchestra out into the DJ park to me, it painted an epic picture.”

Most fond of Gioachino Rossini and attracted to the heft and drama of Richard Wagner, Solari says a trip to Italy or Germany for a festival are on his bucket list.

No doubt, Bates will need a warehouse (or large music club) for his stockpile of dreams. Mercury Soul is partnering with the Ruth Asawa School of the Arts (SOTA) for the Ruby Skye event, with an afternoon, invitation-only concert for several hundred high school students. The collaborative program named Mercury Soul BETA also includes classroom visits by the artists, opportunities for select students to perform in the matinee show, and the launch of a curriculum and digital tools for extended learning that Bates plans to develop.

“We had a sold-out event in Pittsburgh that gave us the idea that having an early show for high schoolers would double our impact,” says Bates. The need for elementary and middle-school students to have access to music is on educators’ radar, he insists, but teens are being left behind. “Teenagers have techno on their iPads, so the world has caught up to music in the show. (We offer) a fun, pumping event that showcases the music on their IPads but also Bach and Stravinsky.”

Follow up visits after the show will provide feedback for the prototype that includes involvement of not only the vocal and instrumental music department, but technical arts/production and dance departments. “Our expertise is in doing these shows. Developing an outreach program is new,” Bates admits. “Integrating Mercury Soul into schools is the next step.”