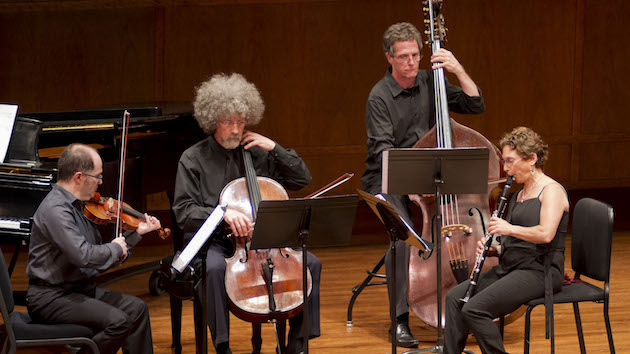 Music of Remembrance, the remarkable Seattle-based organization that has devoted 19 years to remembering the Holocaust via concert performances, educational outreach, recordings, and commissions of new works, returns to San Francisco on May 24. In an evening featuring multiple performances by San Francisco favorite, mezzo-soprano Catherine Cook, the concert at the San Francisco Conservatory of Music will use music and art to illuminate remarkable stories of suffering and survival in the face of Nazi persecution during World War II. 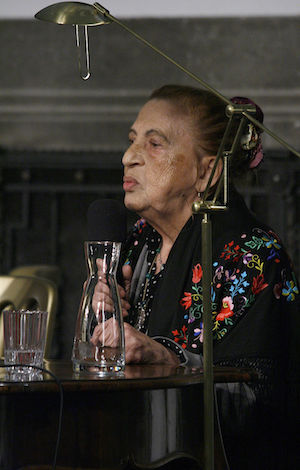 The new work on the program, to open myself, to scream, by Armenian-American composer Mary Kouyoumdjian, tells the story of Austrian-Romani (gypsy) artist Ceija Stojka, who miraculously survived three concentration camps before blossoming into a noted artist and writer. Stojka was less than 10 years old when, after her father was murdered by the Nazis, she, her mother, and her four siblings were transported to the gypsy camp at Auschwitz-Birkenau. The Nazis considered all children under age 16 unfit for slave labor, and sent them immediately to the gas chamber, so Stojka, on her mother’s orders, claimed she was a strong, 16-year old midget who could do hard labor. While spending 18 months in three concentration camps, she did everything from scrounging for roots in the forest to using the corpses of the dead to keep herself warm before she, her mother, and three of her siblings were liberated from Bergen-Belsen.

Decades later, at age 55, Ceija Stojka dedicated herself to using art and words to raise awareness of the horrors that befell the Roma people during the Holocaust. She wrote, “Auschwitz is only sleeping. If the world does not change now, if the world does not open its doors and windows, if it does not build peace, true peace, so that my great grandchildren have a chance to live in this world, then I cannot explain why I survived Auschwitz, Bergen-Belsen, and Ravensbrook.”

Mina Miller, founder of MOR, first encountered Kouyoumdjian’s work at a Kronos Quartet concert in 2015 that commemorated the Armenian genocide. 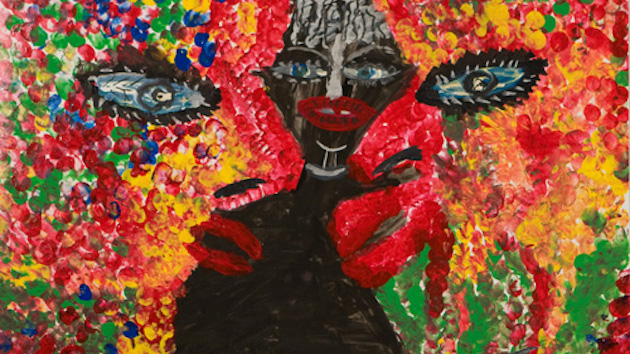 “I found Silent Cranes, the piece that Kronos commissioned from Mary, absolutely moving,” Miller explained in a joint phone conversation with Kouyoumdjian. “It was a multimedia work with a very important visual component. I had in mind that Mary, who is a very powerful composer, would be right for a piece about the persecution of Roma that included visuals.” The 26-minute result, to open myself, to scream, includes projections by Kevork Mourad, a Syrian-Armenian artist who will integrate Stojka’s art work with his own hand-painted, animated cells. 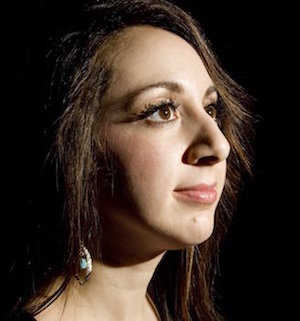 As was her work for Kronos, Kouyoumdjian’s portrait of Stojka is amplified. It combines the sounds of five musicians from the MOR Ensemble with a track comprised of electronic, synthesized sounds and prerecorded samples of the musicians playing music she recorded with them last fall.

“The idea is that while they’re performing live, they’re also constantly referencing something from the past,” the composer explains. “This was really important to me, because a common element that I’ve noticed in people who have survived the Holocaust or genocide in general is that they’re tied to their past and constantly looking backward. Even as they’re moving forward, their future is determined by these really horrific experiences that have happened to them before. So, I wanted the ensemble to also be looking backward while playing in the present.”

Kouyoumdjian, whose grandparents survived the horrendous Armenian genocide that began in 1915, hopes her creation will make the stories of Holocaust survivors a little more human and personal. “My super optimistic, idealist viewpoint is hopefully, by lessening the distance between us in the U.S., who have not lived through such things as the Holocaust and people who are still experiencing them, some in the audience will become very proactive in trying to stop these genocides from happening in our future,” she says.

The remaining works recognize the victims and survivors of the Vilna ghetto in Lithuania. Created by the Nazis, the ghetto initially contained 57,000 Jews, most of whom were murdered.

Catherine Cook, who most recently sang in MOR performances of Jake Heggie’s revision of Out of Darkness, will appear multiple times, notably as vocal soloist in Lori Laitman’s song cycle, The Seed of Dream. One of MOR’s most lauded commissions, this is its first performance in Laitman’s new transcription for mezzo-soprano.

Also on the program are Hans Krasa’s The Dance, composed in the Terezin prison camp in 1943, and Israeli composer Betty Olivero’s klezmer-infused dance suite for the silent film The Golem. Olivero has distilled the piece into a suite of songs and dances for clarinet and string quartet. A postconcert meet and greet reception with Kouyoumdjian and performers follows.

At a time when the powers that be seem intent on stigmatizing, marginalizing, and denying basic human rights to millions of people, the work of Music of Remembrance seems more important than ever.